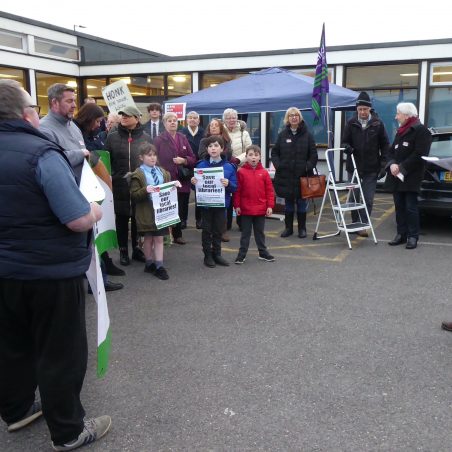 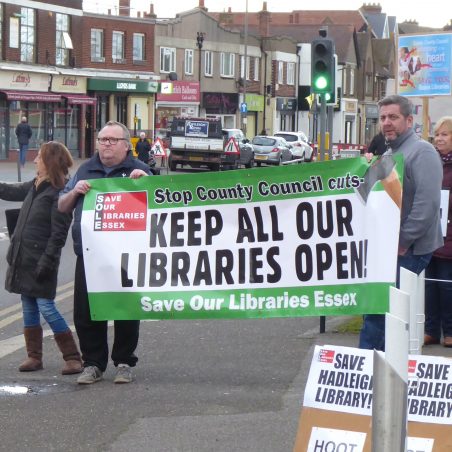 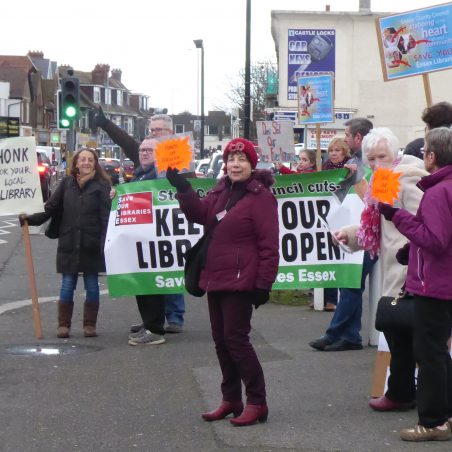 People on the protest line who have never protested before 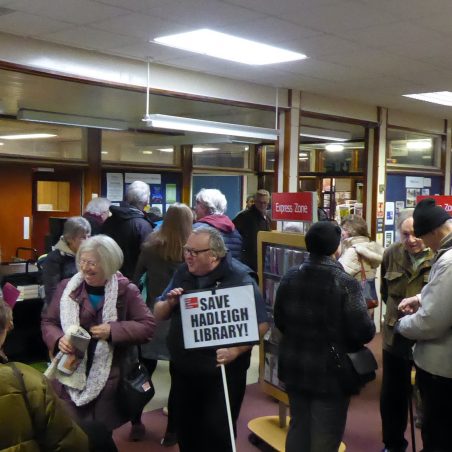 Writers, poets, artists and library users of all ages were welded into a protest group by an unfair ECC strategy 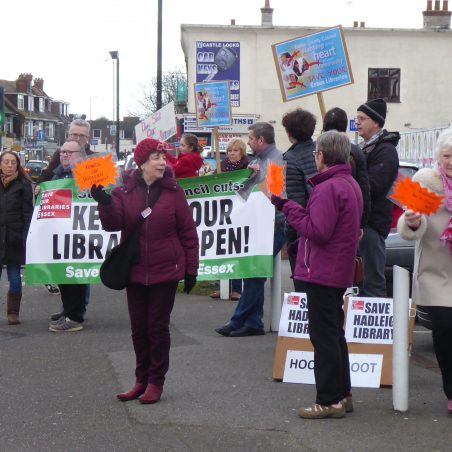 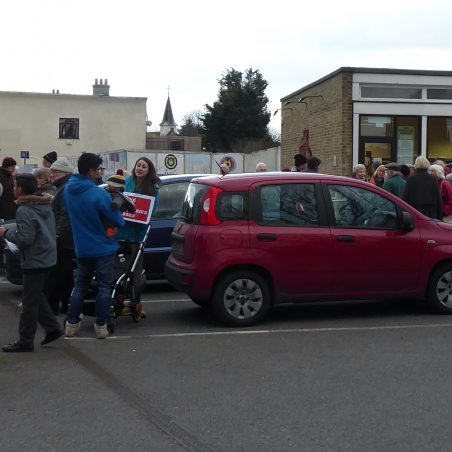 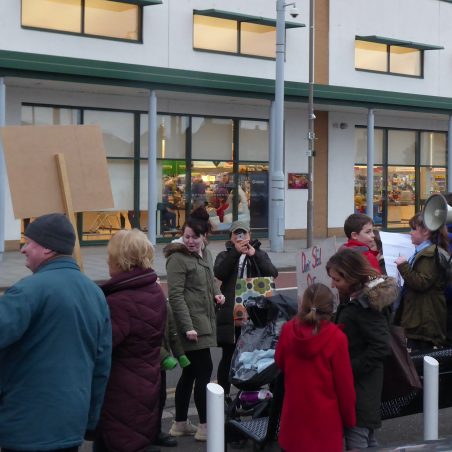 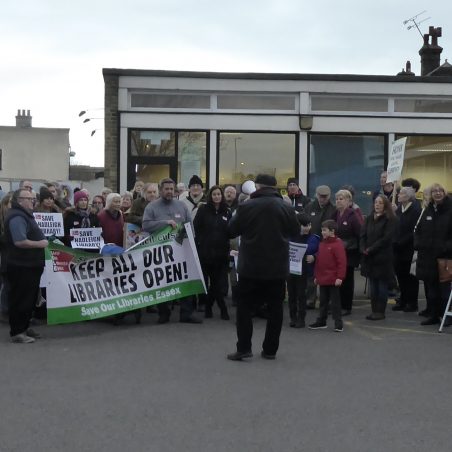 A wide range of ages in the protest
M Brown 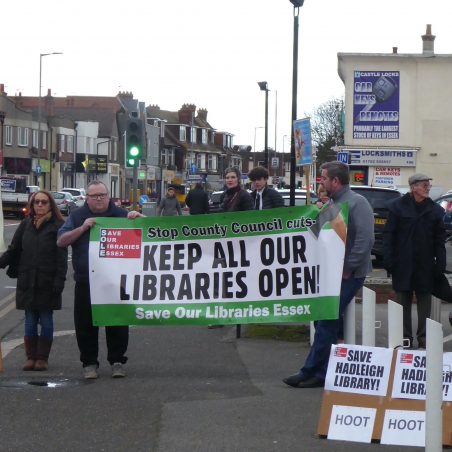 A heady combination of famous writers, poets, artists, readers and library users of all ages were welded into an unlikely protest group by the unfair 2018/2019 Essex County Council planned Library closure strategy.

The closure strategy was based on a meaningless consultation followed by spurious classification designed to close Hadleigh Library without regard to the real facts.

In the pictures shown here, we can see people gathering to hear speeches after which some of those who had never demonstrated before then demonstrated on the protest line outside the Library.

An early cause for ire was the relevant Essex Councillor asserting on radio that libraries had not kept pace with modern developments. Local people were aware that Hadleigh Library had already successfully embraced the community functions the ECC had suggested were targets for the future evolutions of (larger) libraries.

After the initial push-back from residents,  Essex Libraries organised a road-show where their junior representatives had the thankless task of absorbing the hostility of local meetings.  However, the representatives had not been briefed with practical answers to the many penetrating questions of local people, including:

The mistaken use by the ECC of Leigh Library as having particular relevance for the future of Essex Libraries drew a firm rebuttal from Leigh Library regarding ECC claims.

Is the closure strategy a thing of the past?   Save Our Libraries Essex still felt the need to remind voters at the 6th May 2021 elections that they should ask candidates about libraries if met campaigning.   It seems the voters will remember these events for some time to come!