The view from Chalkwell 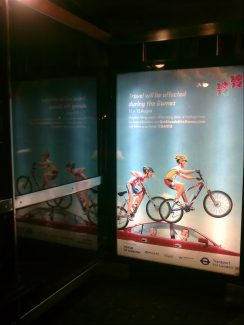 zoom
Reflected Glory?
NT
The effects of the 2012 Olympic Event in Hadleigh ripple out

This bus shelter in Chalkwell recommended that bus passengers plan ahead for transport during the August 2012 events at Hadleigh Farm.

The links on the advertisement are to:

Here is a link to the web page with information specifically on Hadleigh and Leigh-on-Sea for 11-12th August 2012.