Across the A13 London Road from Hadleigh Temple Salvation Army is an attractive sculpture. 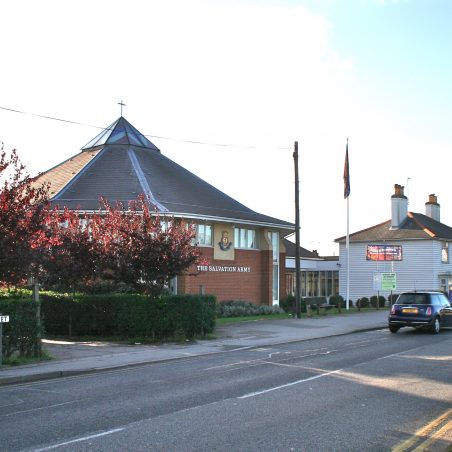 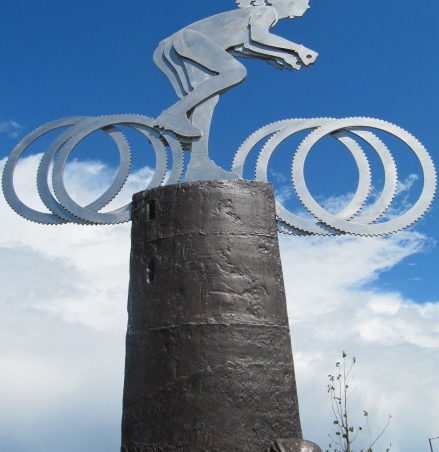 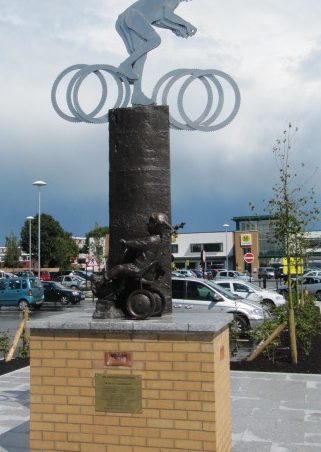 A full length view of the statue
Graham Cook 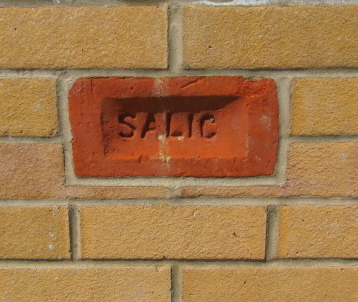 One of the four original bricks used in the plinth. SALIC are the initials for Salvation Army Land & Industrial Colony
Graham Cook 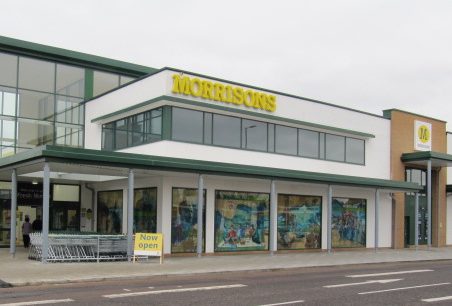 Combining the traditional material of bronze with modern stainless steel, the sculpture focuses on the community of Hadleigh past and present.  It incorporates Hadleigh Castle, the Salvation Army and James (Cunning) Murrell, together with a celebration of the 2012 Mountain Bike Olympics in the form of three cyclists to show movement.   The child at the foot of the castle is a child of Hadleigh inspired to move forward and upwards.  The plinth includes four bricks from the Salvation Army Brickworks, Hadleigh.
Sculptor: Graham Ibbeson  M.A. (R.C.A.) 2012
Commissioned by Wm Morrison Supermarkets Plc.