You are here: HomenextMain SubjectsnextArtnextDressing Hadleigh - The Crown Public House 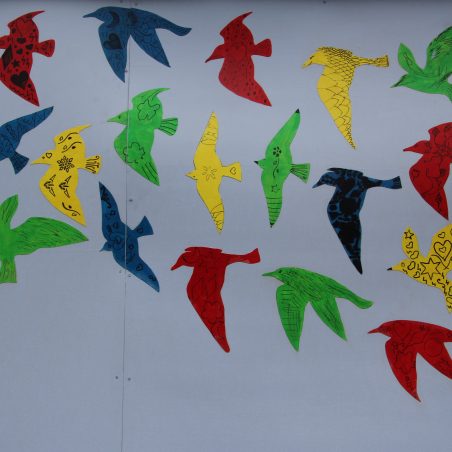 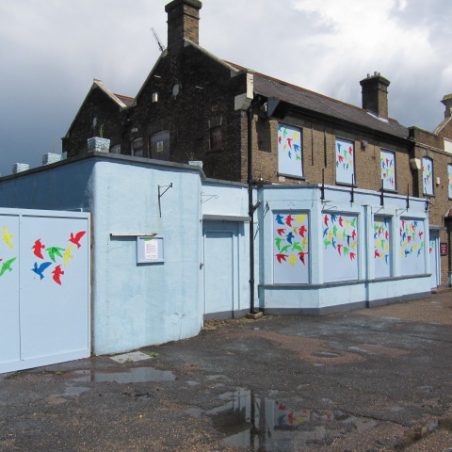 Boarded up, to decay.
Graham Cook 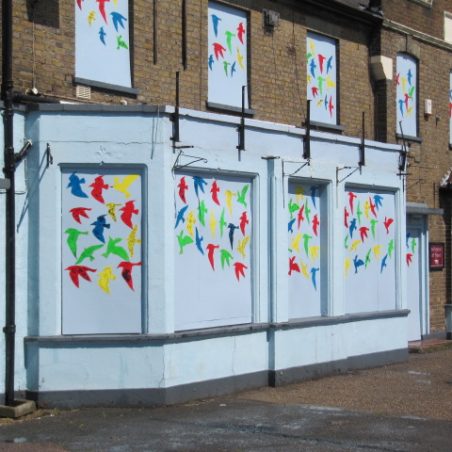 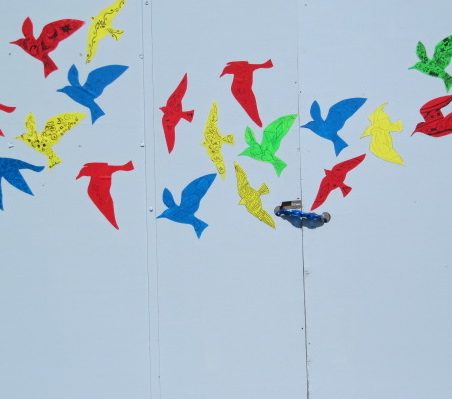 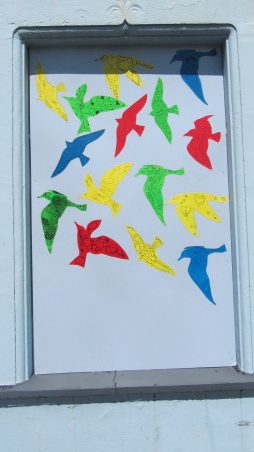 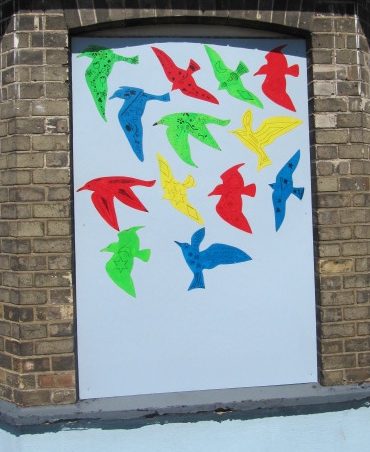 One of the murmurations 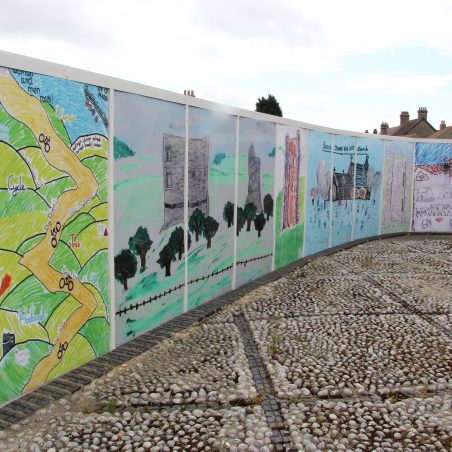 These illustrations are next to Hadleigh Library
Graham Cook 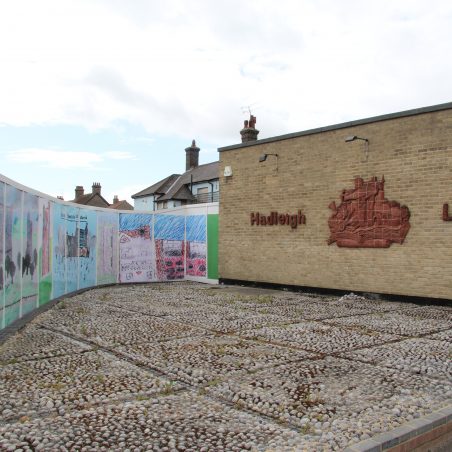 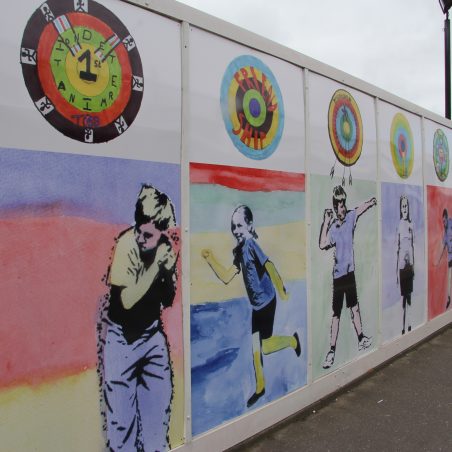 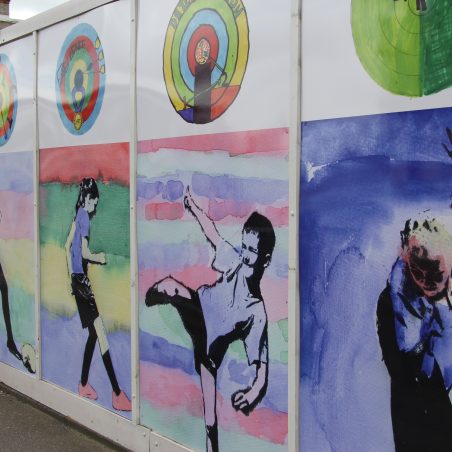 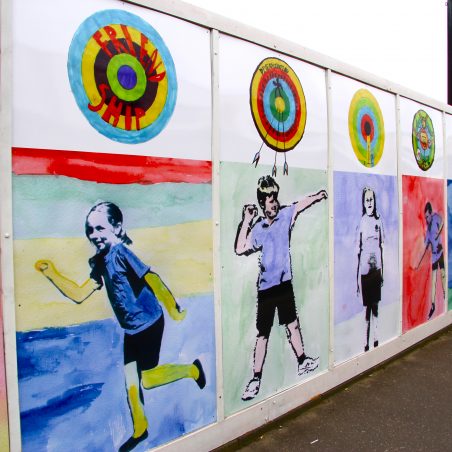 Ahead of the arrival of the Olympic Torch Relay and the 2012 games themselves, the Dressing Hadleigh project is a true community event, with children from local primary schools  and students from the Salvation Training Centre working with local artists.

Murmuration – a common sight along the Thames Estuary – the imagery created by Salvation Army members is inspired by starling bird flocks in flight. The movement of the bird flocks represent constant change and moving forward and is a reflection of the changing landscape of Hadleigh.

The Andy Warhol-style art boards from Hadleigh Junior School and Westwood Junior School show the children transforming themselves into artwork in commemoration of the 2012 Games.

Dressing Hadleigh is a project led by Castle Point Borough Council, in partnership with Essex County Council and ACAVA (Association for Cultural Advancement through Visual Arts) to commemorate the 2012 Hadleigh Mountain Bike Event.

Hadleigh Old Fire Station resident artists Alan Hockett and Marie Antoniou were commissioned to work with pupils from Westwood Acadamy and the Salvation Army to create artworks inspired by Olympic and Paralympic values.

Olympics Team Hadleigh, Dressing the Crown (since demolished) for 2012