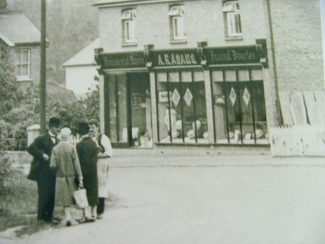 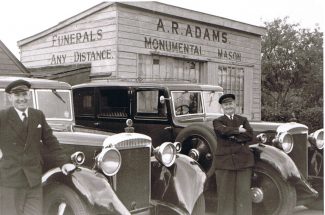 zoom
The Austin Princess funeral fleet outisde the original garages on Rayleigh Road (on the site of the Virgin Gym). 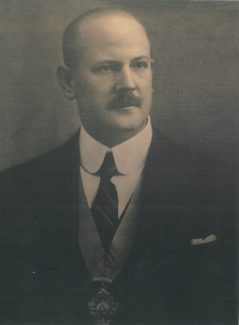 zoom
A.R.Adams during his time as Chairman of the Benfleet UDC 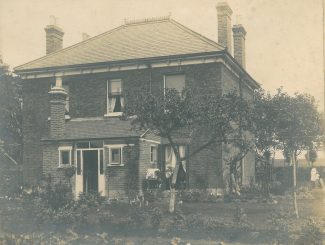 zoom
The rear of Manor Lodge on Rayleigh Road 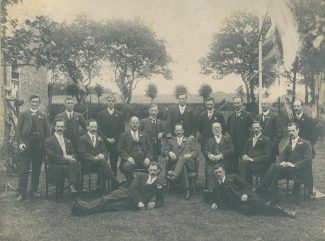 zoom
A staff outing to Manor Lodge in 1918 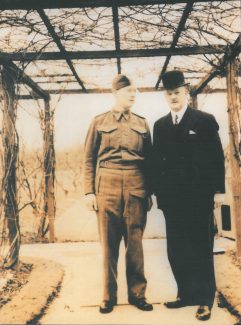 A.R.Adams Funeral Directors was established in the East End of London in 1900.  The company was set up by 19 year old Archibald Richard Adams and has been passed down through the years as a family trade.

Now in its 4th Generation, A.R.Adams continues to serve the communities of Thundersley, Rayleigh, Thorpe Bay and surrounding areas and is proud to remain an independently run family business.

The first branch opened in 1900 at 187 Campbell Road, Bow and soon expanded across London’s East End with offices opening in Poplar and Leytonstone.  Archibald’s brothers were all found work within the company, each managing a branch of their own.

In 1915, Archibald moved to Thundersley and opened a branch on Rayleigh Road and the family resided in Manor Lodge – also on Rayleigh Road.  The company later established itself in Rayleigh High Street in the early 1930s. It is rumoured to be the longest serving business in Rayleigh.

In 1922, Archibald was elected president of the British Undertakers Association – which later became known as the National Association of Funeral Directors.  He was a well known figure in the East London and South Essex communities, and was the first Chairman of Benfleet Urban District Council.  He was also the Chairman of the County Juvenile Bench at Southend-on-Sea and a leading figurehead in the local Masonic lodges.  At one time, he was offered the role of Mayor of Poplar, but turned it down due to other commitments.

Upon his death in 1948, the company was taken over by his son, also Archibald Richard Adams, who was previously employed by the company prior to serving as a soldier in World War Two.  Both Archibalds are buried in a family grave in St Peter’s Churchyard, Thundersley.

The East End offices were sold in the late 1940s.  During their time in the East End, the Adams family conducted many funerals including that of politician Will Crooks and that of Clara E. Grant, the Bundle Woman of Bow.

A.R.Adams were also the monumental masons for two war memorials that are still standing in London today, one of which was built and dedicated to the 18 children who were killed on June 13th 1917 when a bomb hit their school on Upper North Street, Poplar.  The attack, which was the first ever civilian air-raid of total war, left the East End devastated.  A public funeral ceremony was held and a personal message from the King read to the mourners.

A.R.Adams has always maintained a traditional fleet of funeral vehicles and has in the past run Austin Princesses, Daimler DS420’s and more recently, Daimler Jaguars.

In 2010, A.R.Adams celebrated their 110th anniversary with the opening of a new branch in Thorpe Bay Broadway.

By A R Adams