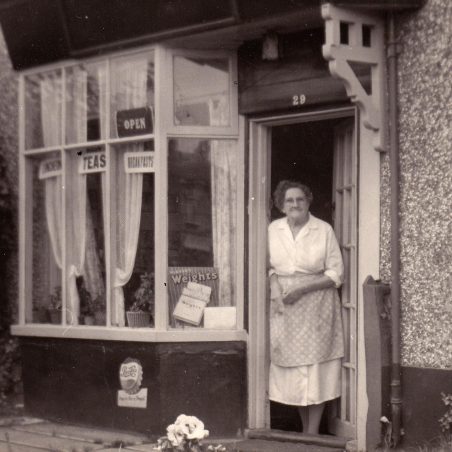 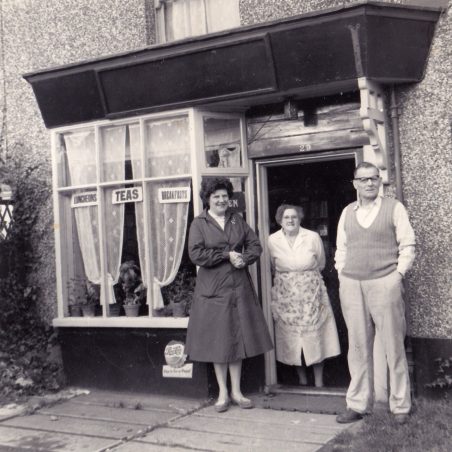 Edie, Maria and Dick outside their cafe 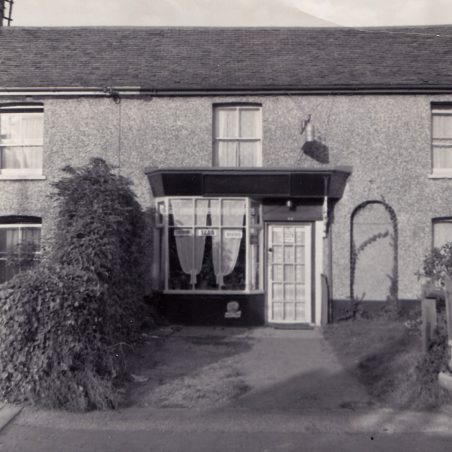 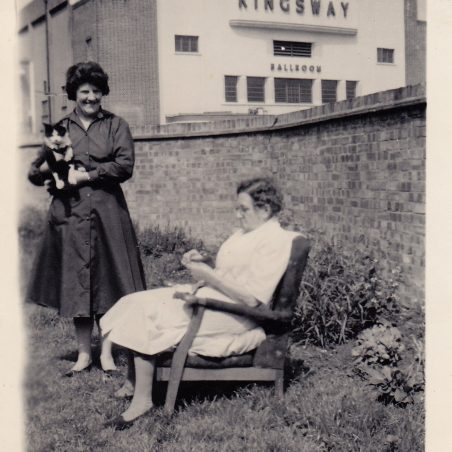 In the back garden, Edie, Maria and cat! 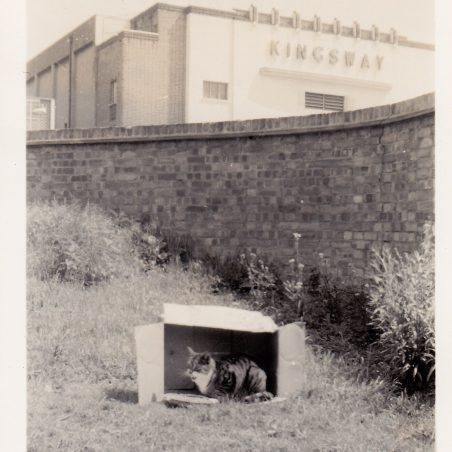 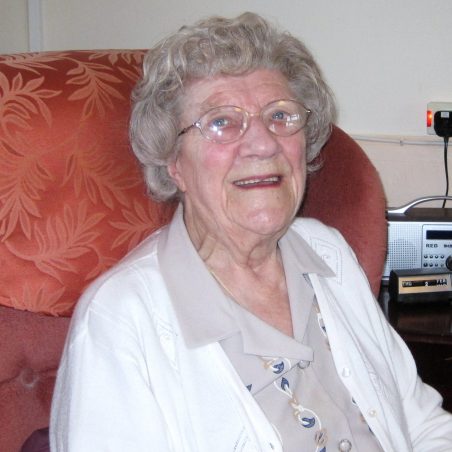 Edie was born in Tooting, London (then Surrey), in 1918, and now lives on Canvey Island.

In 1960 she was running the Crown Cafe, in Hadleigh High Street, with her chef partner Dick and her mother Maria.  The business was very successful, but the lease on the premises ran out after only 18 months.  The Cafe and neighbouring cottages were demolished by the Local Authority and replaced with the present Hadleigh library.

Edie then ran a small general store along the London Road, but with increasing competition from local supermarkets, sold the business and joined the Post Office.

Edie’s cat was often found sitting on the windowsill in the resident fireman’s house, but here he is posing with the Kingsway cinema in the background. The photos show the Crown Cafe facing the High Street and one view of the back garden abutting the London Road.