Some history of a trim little shop 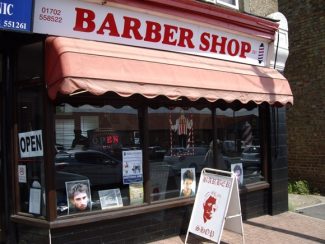 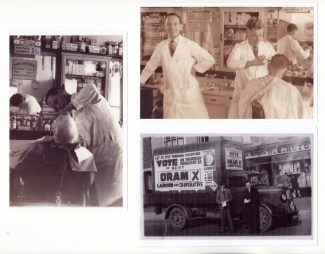 zoom
Photos of the shop, the barbers and the outside in 1950 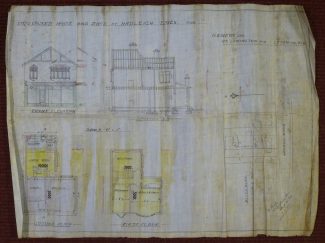 Barbara and Ray visited the drop-in after Bob Delderfield had presented a wonderful slideshow to a Ladies Guild at which he encouraged Barbara to dig out photos and information about the famous barber’s shop.
Ray gave us prints of three photos (two of Stan in the shop and one of a lorry parked outside the shop with a ‘Vote Oram’ § poster on the side from 1950.)

A scan showing all three photos is attached.
Apparently, Stan Royce started business in the Emery premises at 2 Homestead Cottages before having his shop built on London Road.

To cap it all, the Sinclairs brought in the original (linen) plan of the barber’s shop.
I took a photo of the plan;  shown here on the right.