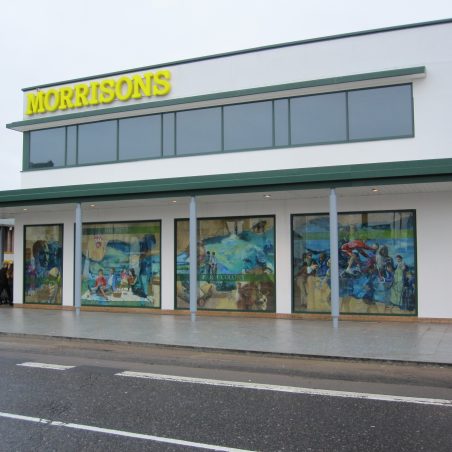 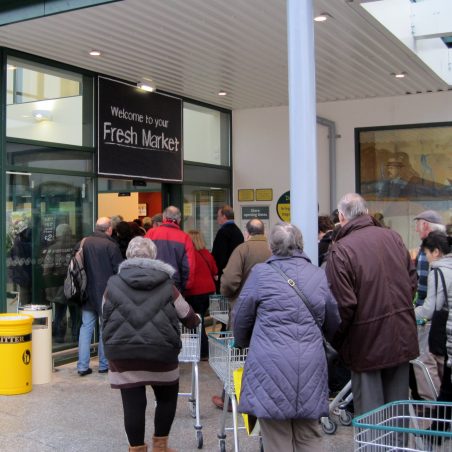 The first wave of shoppers at the new store
Lynda Manning 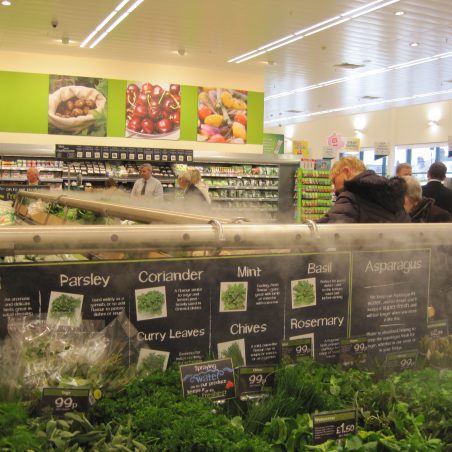 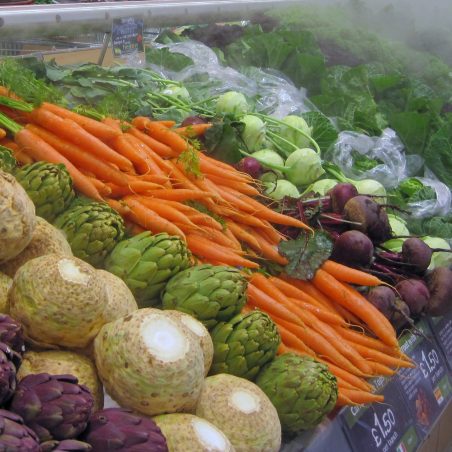 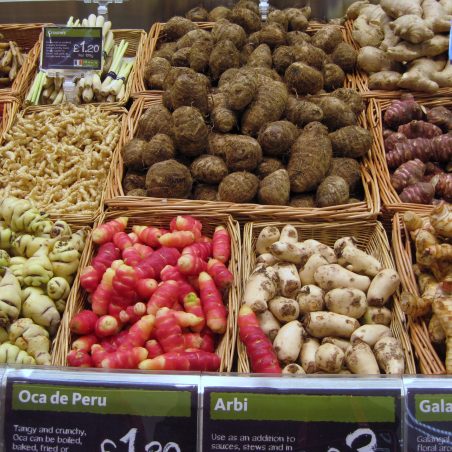 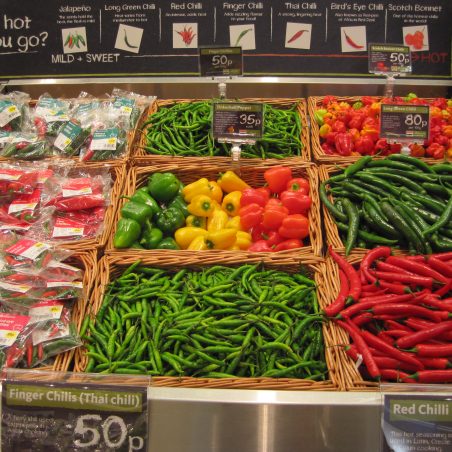 How hot can you go?
Lynda Manning

On a wintry Wednesday morning, Morrisons unveiled their new 26,000sq ft store, in London Road, Hadleigh, introducing a state of the art cooling system for leafy vegetables (later removed,) more grocery lines and a cafe.  Local MP Rebecca Harris officially opened the store at 9am. Soon a stream of eager shoppers filed in; slightly in awe but excited about the new layout.

Six windows artistically reflect Hadleigh life past and present.  “Cunning” Murrell, Hadleigh’s white wizard is represented, so too is Hubert de Burgh, founder of Hadleigh Castle. The Salvation Army Colony is explored in one window, and referred to in another.  Picnicking and the approaching Olympic Mountain Biking Event feature in the other two.  A sculpture has also been commissioned.