You are here: HomenextMain SubjectsnextBusinessesnextAs the Sun Went Down on 26 February 2014

Hadleigh's NatWest bank closed its doors for the last time 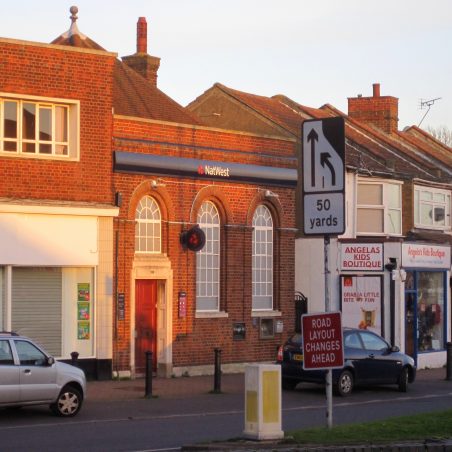 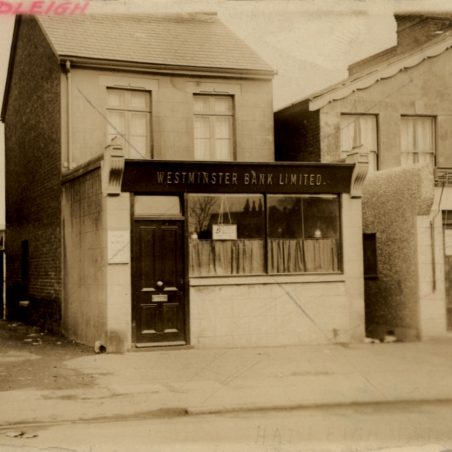 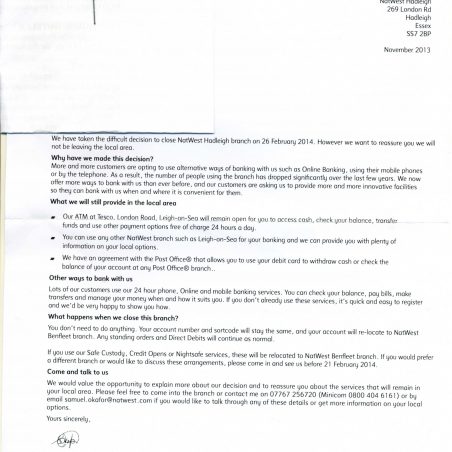 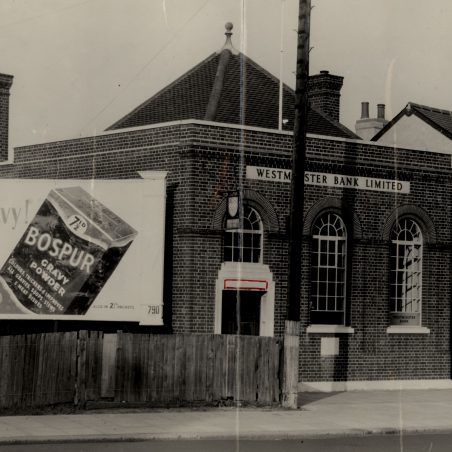 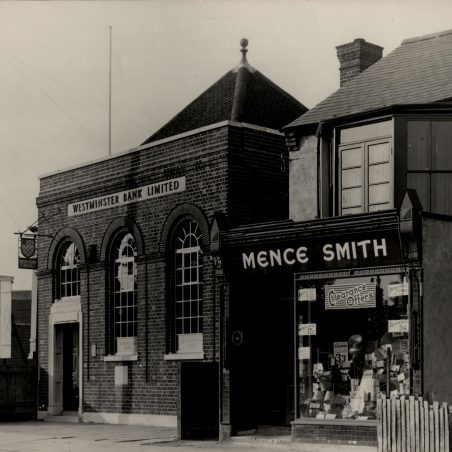 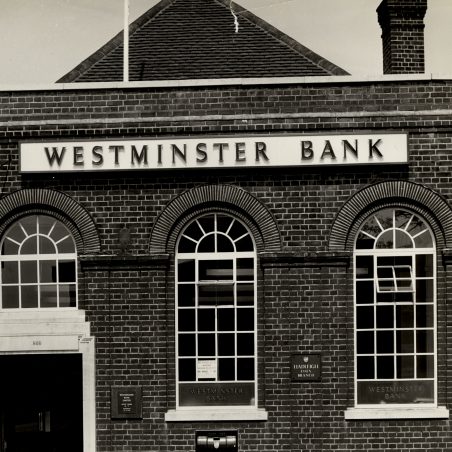 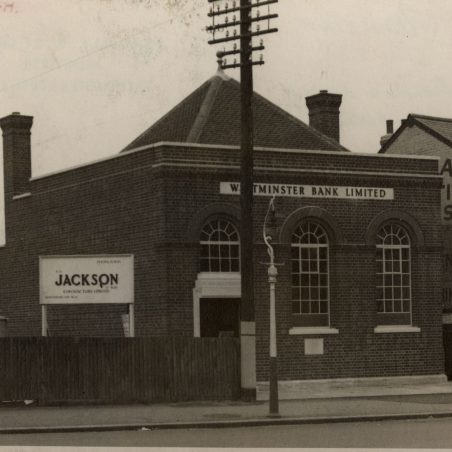 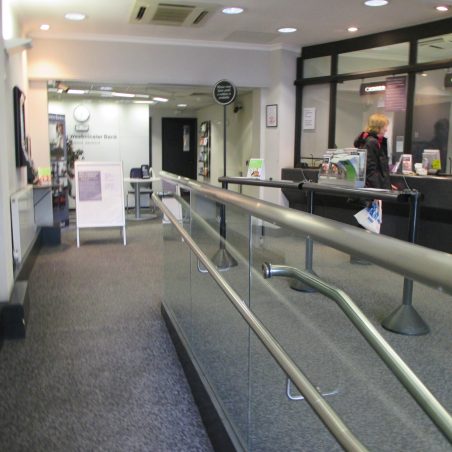 In November 2013, NatWest’s Hadleigh customers received the disappointing news that their branch would be closing on 26th February 2014.

This branch was opened by London County Westminster & Parr’s Bank on 24th April 1922 as a sub-branch to the Leigh-on Sea branch. A ‘lock-up’ shop was leased from Thundersley & Co Motors Ltd and the branch began business in these premises.  The branch was originally only open on Mondays and Thursdays from 11.30am-2.30pm.  In 1923 the name of the bank was shortened to Westminster Bank, and the Hadleigh branch was rebranded accordingly.

In 1930 a plot of land was purchased in the London Road from General Higgins and purpose-built bank premises were constructed. The branch moved into the new premises (which in 2014 were still the current premises) on 2nd November 1934.  The branch was still a sub-branch to Leigh-on-Sea at that time, but was open daily in these new premises.  In around 1934 the name of the branch changed from Hadleigh Branch to Hadleigh Essex Branch.

{We gratefully acknowledge receipt of information and kind assistance for the article from RBS Archives.}