You are here: HomenextMain SubjectsnextPlacesnextBuildingsnextWhen it's gone....nextWhen the Waggon and Horses Pub stood in Hadleigh

When the Waggon and Horses Pub stood in Hadleigh 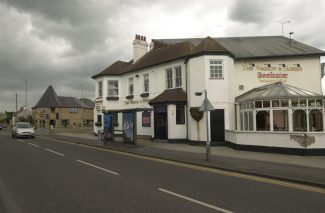 zoom
How the Waggon and Horses Pub looked 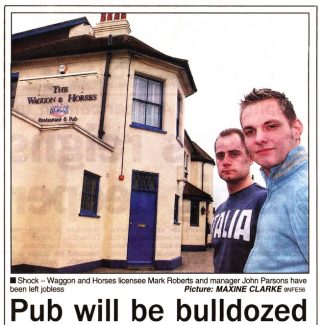 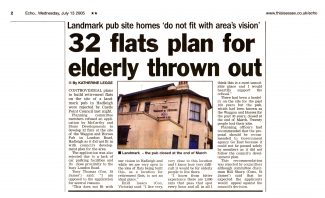 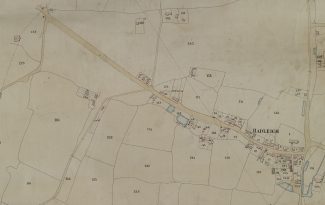 A Hadleigh Pub is to be demolished, reported the ECHO Thursday 17th February 2005

A LANDMARK south Essex pub is set to be knocked down and replaced by a housing development. Up to 20 staff at the Waggon and Horses pub, in London Road, Hadleigh, will lose their jobs when the pub closes at the end of March.
Landlord Ray Cody was informed of the closure yesterday by owners Millhouse Inns.
“All my regulars are devastated. Some of them have been coming here for years.”

Hadleigh resident Derek Barber, of New Road, also feels the pub will be missed. He said: “It used to be a lovely old pub and I think that it is sad that it is going, because without the Waggon and Horses there are only two* old pubs in Hadleigh. I suppose that the locals will miss the pub but things do have to develop and progress.”   There has been a hostelry on the site for the past 100 years, and it has been known as the Waggon and Horses for 30 years.

In the ECHO of Tuesday April 12th, 2005, there was an update:
A developer has revealed plans for a block of 32 flats for the elderly on the Waggon and Horses pub site in Hadleigh. Castle Point Council has received plans from McCarthy and Stone which has similar elderly people’s flats in Westcliff and Thorpe Bay.

The pub had been owned and run by the family of Benfleet resident Susan Polley from the late 1800s until the 1950s. Ms Polley of Church Road said: “It’s a place that’s very close to my heart and it’s like a landmark to me.”   Ms Polley is keen to write a book on the pub and would like to hear from anyone else who has fond memories of it.

In 1851 Samuel Shelley still owned the beer house on the edge of the common (see the Tithe Map no. 121). Helped by his wife Sarah and a young female servant, Jane Horner, there were four lodgers living there on the night of 30th March 1851.

The Tithe award of 30th June 1847 showed that Field 121 {Grid Ref TQ 806 872} was owned by Jonathan Wood, and the occupier of the house and garden was Samuel Shelley. The field as seen on the Tithe map is an irregular shape, of area 19.5 square perches.
( The recorder for AGES AHA was Val Jackson 6th October 2009.)
For those who no longer use the traditional measurements, one perch = 5.5 yards = 16.5 feet and there are 4 perches to a chain of 22 yards, of course.

For area, 19.5 square perches = 590 sq yards or about one eighth of an acre. (= 493 sq metres, or 0.0493 hectares for those of a metric disposition.)
In the Anglo-Saxon world from the 9ᵗʰ century, the perch was a unit of length used to measure land.  The usual value of 5½ yards = 16½ feet (about 5.03 meters), was made the legal value.
The perch was abolished in the United Kingdom by the Weights and Measures Act of 1963 but is still used in the United States. It is also called, in many contexts, a rod or pole.