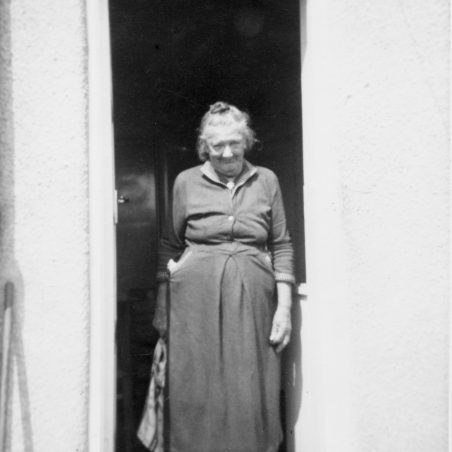 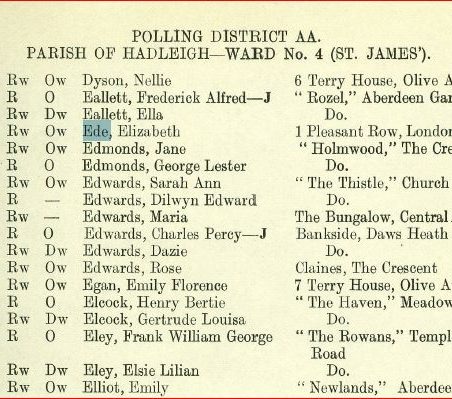 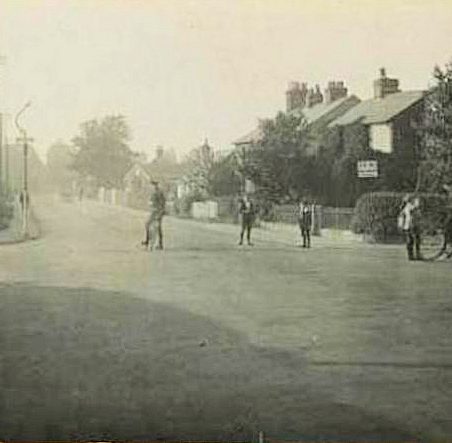 Along The Causeway/London Road; Common Hall Lane to the right
Eileen Gamble

I am hoping to find information on a cottage formerly known as 105 London Road, Hadleigh and which faced Hadleigh Methodist Church in Church Lane. This would have been in the early 1960s and was occupied by Mrs Elizabeth Ede, my step-grandmother.
Adjoining  at 107 London Road was a family by the name of Allen, spelling unsure, who had perhaps 5 or 6 children. The other side at 103 lived an elderly man known to us only as Henry.
On the pretext of planned road widening of the London Road at that time, cottages 103, 105 and 107 were demolished, I believe, in 1962. Mrs Ede had been moved to a Wiggins retirement bungalow at 3 or 5 Florence Close, Hadleigh, where she lived unhappily until her death in 1965.
Also, I would like to know if I can find an article in the archives of the Southend & County Pictorial. The short article was about Mrs Ede’s cottage which had the façade rendered to mimic “crazy paving”; the newspaper thought it was worthy of mention so included it in the paper around 1959 or 1960.

{Ed: Eileen Gamble has kindly located a picture of the area and an Electoral Register from 1937 which shows Elizabeth Ede residing in 1 Pleasant Row, London Road.
On another page in the same document also living at number 1 is a gentleman by the name of Thomas William Davidson.}