Can you spot a relative? 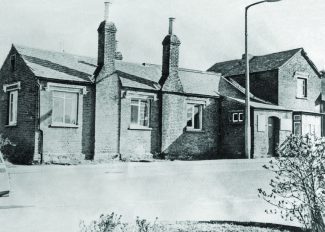 A late photo of Thundersley Church School, shortly before demolition

In 1856, Charles Bosanquet, the Lord of the Manor of Thundersley at the time, built – at his own expense – the village’s first Church of England School in Church Road, near the junction with Kenneth Road.
His preferred site had been Swans Green but, although this site was quite acceptable to the Vestry meeting at St Peter’s Church, Mr Salisbury, the curate in charge, objected because he didn’t fancy the long, regular trek from the Rectory to read the lesson! Charles Bosanquet relented and the new school was built nearer to the Church, prompting locals to coin the phrase, ‘As the parson would not go to the school, the school had to be taken to the parson’.

These photographs are of three classes at Thundersley Church School, taken in 1921, just a couple of years after the horrors of the Great War. Many of the families represented here had lived around Thundersley for generations and, without doubt, many of their descendants still abide in the locality. Click on the pictures to check them out in a bigger view and see if you can contribute some information about the characters.

Robert Hallmann’s fabulous and long-awaited history book about Thundersley & Daws Heath is in an advanced stage of production, but it is not yet too late to include additional information about these pictures, should you care to respond below. 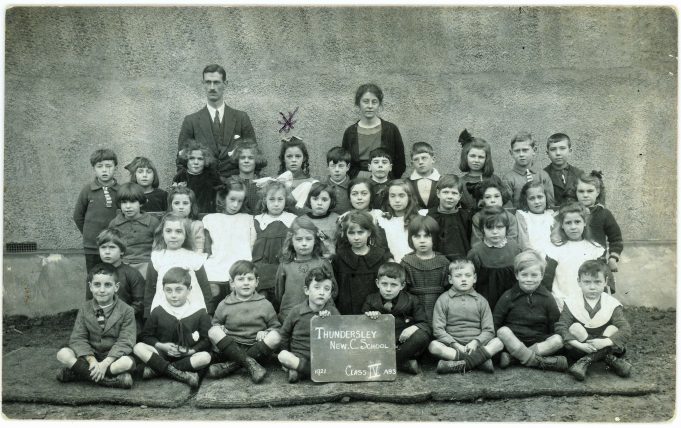 Thundersley Church of England School, Class 4, in 1921. Seven year old Mary Wiggins is highlighted in the back row. The Wiggins family were regular attenders at the Peculiar People Chapel in Rayleigh. Her father, Claude Stanley, had been a Conscientious Objector in the Great War. 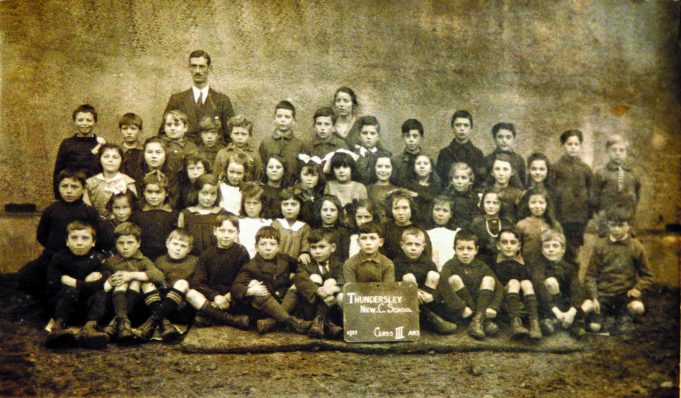 Thundersley Church of England School, Class 3, in 1921. I have no names at all for this class, though the teacher may possibly be Rita Newman née Hall. 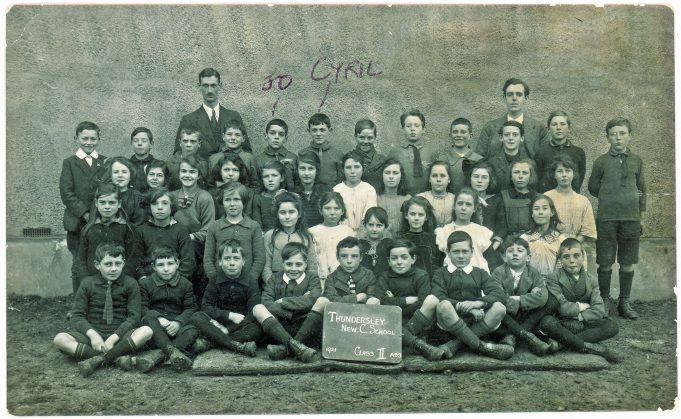 Thundersley Church of England School, Class 2, in 1921. Joseph and Cyril Wiggins (later to become pillars of the community) are highlighted, aged 10 and 11 respectively. They had recently transferred from Love Lane School in Rayleigh because, hitherto, there was no room for them in this overcrowded Thundersley School.

Well, did you spot anyone you recognised? It’s a simple matter to add a comment and, once ratified, your contribution could be included for posterity in Mr Hallmann’s book. (Isn’t History fun?)