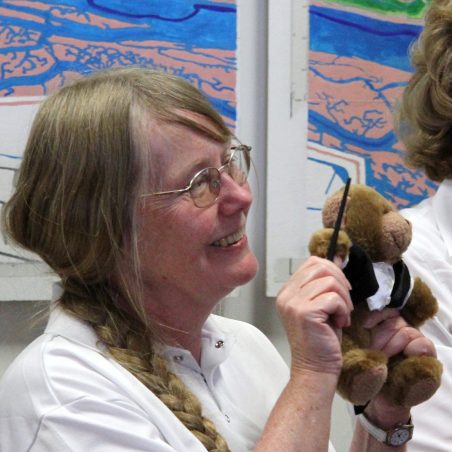 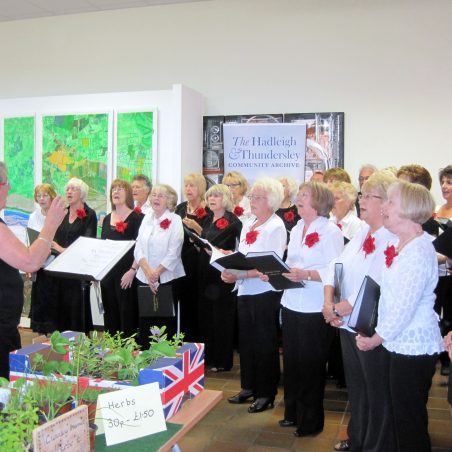 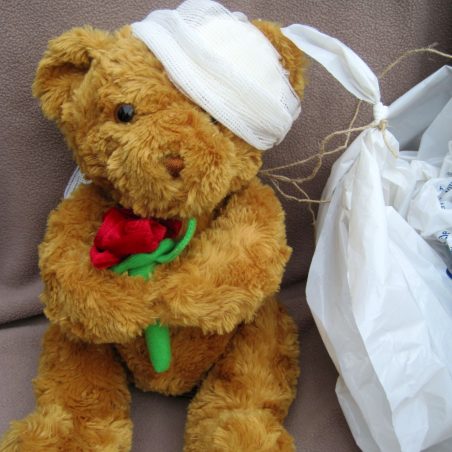 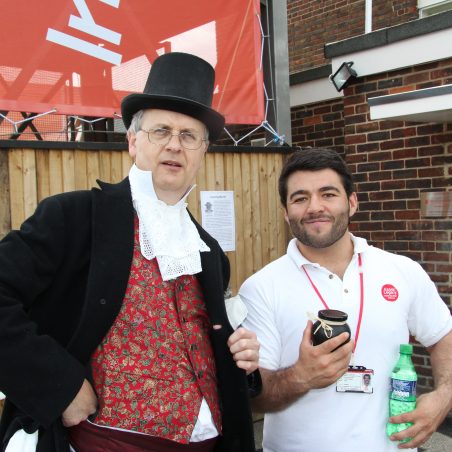 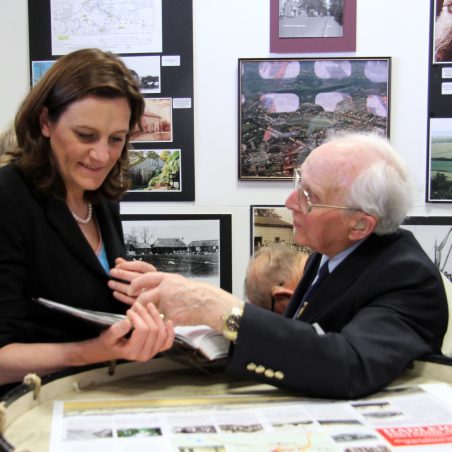 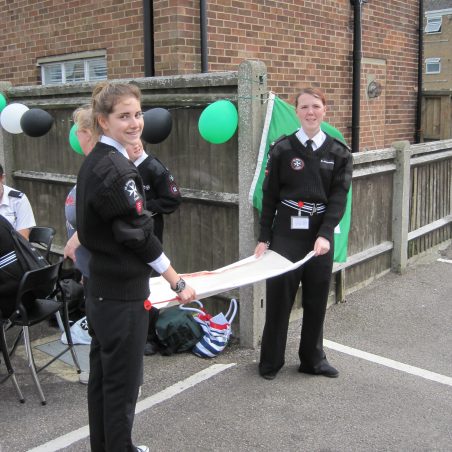 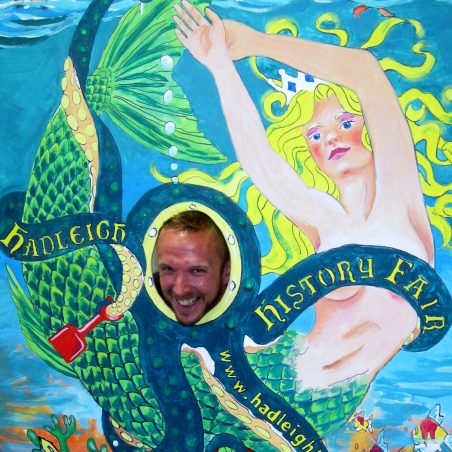 On behalf of the Events Team at Hadleigh & Thundersley Community Archive (David Hurrell, Val Jackson and myself), I would like to thank all the other volunteers who helped to make the day such a success!

Thank you for the music :
Hadleigh Voices:  Who entertained us with four pieces, including The London Medley by Gareth Malone (Military Wives Choirmaster) and

All the organizations that entered our Gooseberry Pie baking challenge.  Here are the pies and the results.

The volunteers from the Salvation Army Training Centre, who prepared snacks and served gingerbread, gooseberry pie and preserves from their catering van.

AGES archaeological and historical group, for their interesting stand and fabulous costumes.

Castle Point Joggers for trying to get Hadleigh residents fit!
Dorothy Turner on the Teddy stall, Sandra Harvey on books and Tony Manning (with his mum) on the Herb and “Bee Friendly” plant stall.

Our own Cunning Murrell (aka Robert Hallmann).

Bob Delderfield, Bob Nichols, and Graham Cook for answering local history questions. Nick Turner for being our Master of Ceremonies and Malcolm Brown for helping make parachutes, in the craft corner.

The “Hadleigh Mermaid” for entertaining the children? See photo gallery!  Created by David Hurrell, assisted by Tony Manning and the superb Carpentry Department at the Salvation Army Training Centre.

Chris Worpole for her ever popular mini-histories.
Craig and Martin for helping set up the venue.

Finally, a big thank you to Castle Point MP Rebecca Harris who had no hesitation in supporting our event and opening the Fair, and of course our supporters, friends and members of the public who came and shared such an enjoyable afternoon.