The Collection of Mark Peterson and David Carr 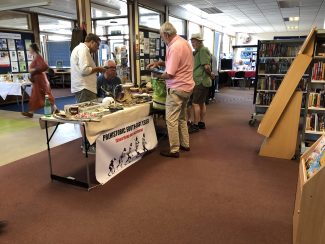 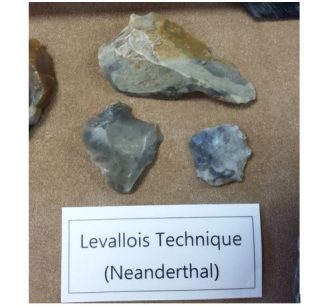 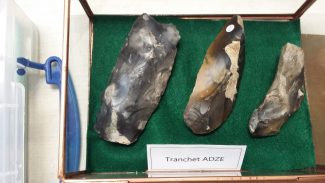 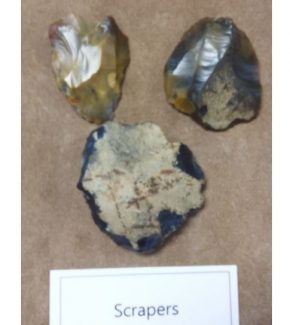 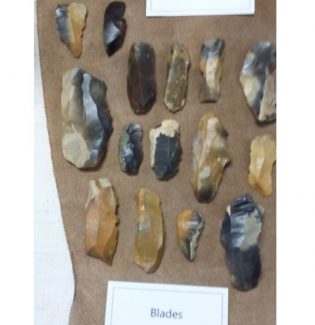 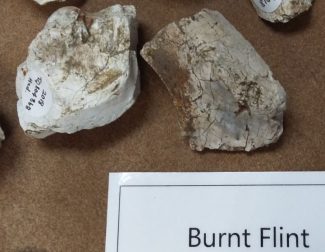 As a local community archaeology club,  AGES AHA was delighted to see the collection shown by Mark and David at the Hadleigh Library  day in May 2019.

Such quantities of flint tools made and used in Hadleigh before historical times have never been shown to the public before.

Found over a number of fields now normally used for arable farming, finds appear to be from the Palaeolithic to the Early Bronze Age (from about 100,000 to 4,000 years ago), but the majority have been expertly dated as being left by the hunter gatherers of the Mesolithic period of 6,000 to 12,000 years ago.

Attached (at the bottom of this article) is Mark’s full report, less some of the detail to deter possible “treasure hunters” from going onto the land without the owner’s permission.

The finds have been reported to the Essex County Council to add to the Heritage Record and some excellent scaled photos of those identified so far can be seen at the Portable Antiquities Scheme website  (copyright of the Colchester and Ipswich Museum Service).

The finds include evidence of working the flint locally with hammerstones used to chip off tools from cores of natural flint nodules. Identified tools include probable scrapers, blades and other special tools for making clothes or shaping wood.

We can imagine nomadic tribal groups following herds during migration and hunting wildfowl on the marshes. The site would have been revisited over a number of years and seasons.

Also found nearby were a number of burnt flints, usually taken as indicative of a prehistoric cooking site.

Wouldn’t it be great if Hadleigh had its own Heritage Centre to display such items for local people and new generations of local schoolchildren to see?