Finding Out About Prehistoric Hadleigh and Thundersley 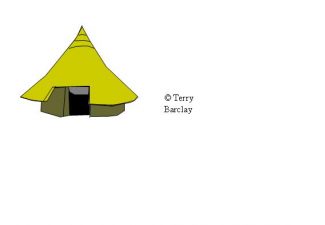 We can all see the medieval remains of Hadleigh Castle and the old churches of St James the Less in Hadleigh and St Peters in Thundersley, but what of the older history of the area which can’t be seen in the form of building remains?

I find the best current starting source is a website: http://www.heritagegateway.org.uk/.  All sites are at least given an Ordnance Survey map reference so that they can be located, at least approximately, on the ground. Don’t forget to search for “Hadleigh Essex” to make sure you don’t get lots of Suffolk references. The last time I searched, I found 104 references in the Essex HER (Historic Environment Record) list and 14 on the national NMR (the National Monuments Record).

This leads to sites and finds listed on either the national or county record, including, in some instances, maps showing approximate locations.

Taking just 2 NMR examples, the second record listed was for a 1968 dig at Hadleigh High Street which included some evidence of an “Iron Age” burial and various medieval remains, the involvement of the Southend Museum and a reference to an entry in the Journal of the Society for Medieval Archaeology. (NB in later entries, the burial is referred to as “Saxon”, so it is worth looking for all relevant entries as opinions change over time).

The third NMR listed entry for Hadleigh was for a “Roman Fort” and said that in 1951, “Two small test pits were excavated. The results were recorded on an old copy of the O.S. card which only survives as an NMR fiche.” In this case, there was the involvement of the Ordnance Survey Archaeology Division. It may be interesting to note that various other references to this site disagree as to whether it is a fort, fortlet, marching camp or some other, as yet, unrecognised feature, so I personally would try to locate all references to such a site before reaching any conclusions.

Using Hadleigh examples from the Essex HER record, the thirteenth listed is for Chapel Lane and this has a description plus 5 excavation photographs. This refers to a 1986 report by N Brown on the SMR (Scheduled Monuments Record) and includes the summary, “Linear feature, possibly enclosure ditch containing large amounts of early Iron Age pottery (parallels Orsett) and daub.” The finds included an Early Iron Age (700BC to 401BC) vessel.

Another Essex HER record refers to 124 High Street Hadleigh where it appears that one or more fragments of a Roman pottery vessel were reported in 2002 by Guy Seddon and Duncan Hawkins.

The information and detail of some earlier finds is sketchy, but sometimes, there is a clue to where any artefacts are kept in a museum. Unfortunately, don’t necessarily expect to see the finds on display, as museums have only limited space and tend only to display the best examples. Perhaps if we had a dedicated local museum, more could be permanently displayed and explained for the benefit of local schoolchildren and other local residents.

However, most museums, with sufficient notice, will be happy to get out such finds from their collection to show anyone who wants to see them.

To understand any sites that have been excavated, the Heritage Gateway website provides full sources of all information including where reports are held. My experience so far is that’s where it gets a bit more difficult and may require a visit to Chelmsford to the County Council or the Essex Record Office to investigate further.

Another possible starting point for research is using the website for the Essex Record Office http://unlockingessex.essexcc.gov.uk/ which has a more refined search engine which at my last attempt readily found 12 Roman finds in Thundersley by using the Monument search.

An example from this would be a Roman coin of Antonius Pius found in Daws Heath recorded as now in the Southend Museum.

Link to Val Jackson’s article on the 1968 dig at Hadleigh High Street.

For those with a more academic interest, copies of some of the published archaeological reports on local sites can be found within the Virtual Library under the About This Site link on the Home Page.

Terry Barclay, Secretary of Ages Archaeological and Historical Association, based in Hadleigh.