The Wells of Hadleigh and Thundersley 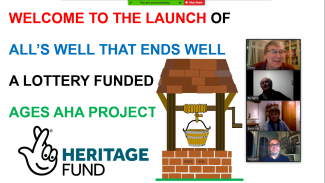 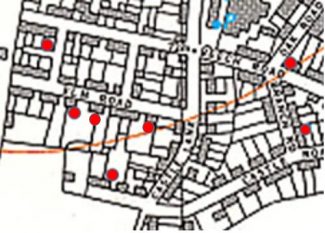 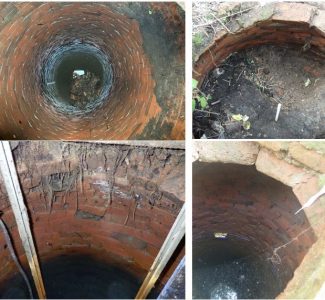 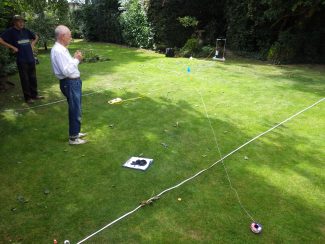 zoom
AGES Dowsing and Geophysics in a Hadleigh Garden 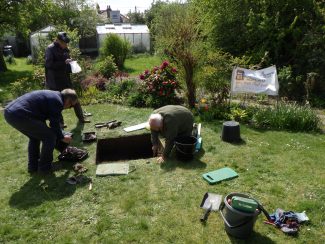 zoom
AGES Digging to Look for a Hadleigh Well 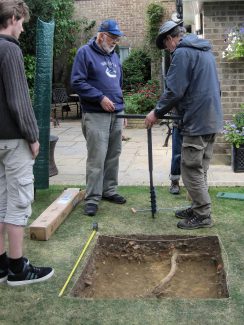 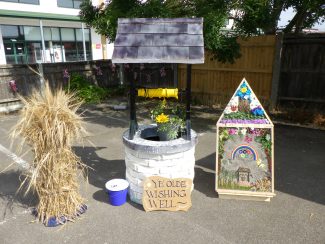 It was late 2020 and the Hadleigh-based AGES club members were faced with the restrictions of Covid. With the usual meetings in the URC hall not possible, our thoughts turned to on-line research. We decided to look into how water was obtained locally up to about 100 years ago.

Thanks to the players of the National Lottery, we were awarded a £6,000 grant to buy necessary equipment, access to records and the ability to share our findings on-line until the community could freely meet in person once more.

Our initial view was provided by the limited number of wells marked on Victorian maps. So, were wells once much more common and, if so, did any of them remain, perhaps to be used again in the future for watering gardens once drinking water becomes scarcer through global warming?

Thanks to many contacts from the public up to the project’s end in May 2022, it gradually became clear that there were once very many wells in the area. With the lack of significant river or large, fast-flowing streams and few springs, it is likely that for hundreds of years, people survived by drinking a combination of rainwater and water collected from distant springs or flowing freshwater streams. In times of drought, or for laundry purposes, they used the many ponds and ditches that once covered the landscape.

Eventually, in about 1900, it became worth the great expense of boring the necessary 100m through the underlying clay to reach the clean water bearing chalk layer (i.e. through artesian wells).

However, by Victorian times, ordinary people dug through the surface clay to about 3m to 7m below the surface to reach the generally available high water table and tap off the, albeit potentially contaminated, water from that level. Better-off people, until about 1920 in the villages and about 1940 in the outlying areas, had such shallow, brick-lined wells built for them, although it seems quite possible that poorer people just dug down into the clay until they reached water.

Once water started being brought through pipes directly to our houses, most wells fell rapidly out of use, some being infilled for safety and others just being covered with wooden covers or metal manhole covers and then covered with earth and eventually lawns. Our project was about finding such “lost” wells, by researching maps, newspaper reports and, most importantly, by asking local people. We could then visit their gardens and search for the wells using dowsing and our geophysics equipment.

It became obvious that many wells continued to be built into the early part of the twentieth century, with some relatively “new” ones even appearing on 1950s maps. Certainly, it became evident that when estate roads were first built on new streets away from the main roads in the 1920s, the first houses were provided with wells until the number of new houses warranted the cost of providing a water main down the middle of the street.

We carried out two digs looking for “lost” brick built wells. We found none, but located a pit probably dug into the clay to hold rainwater. We would still be happy to uncover the top 1m below ground of any brick-built well if any occupier would like us to investigate in their garden.

We have also been investigating the many “lost” ponds in the area and the now underground water courses that flow under Hadleigh, all heading for the Prittle Brook. A future article will look at those and we have developed a relief map of the area to understand what lies beneath the developed areas and where such water once flowed much nearer to the surface.

Importantly, the children of Hadleigh Junior School helped us design probably the first ever well dressing in Essex to collectively express the importance of water into the future. (Separate article).

More results of our project will be reported in other articles on this archive and displayed at local fairs in coming years so residents will be able to learn more about the local heritage of their water supply.