Origins of Daws Heath, a Talk at HGA 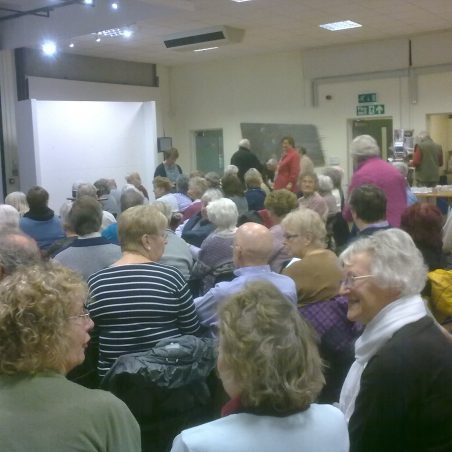 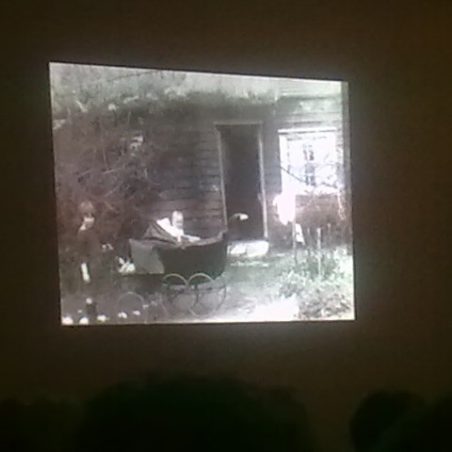 The old but solid pram
RD 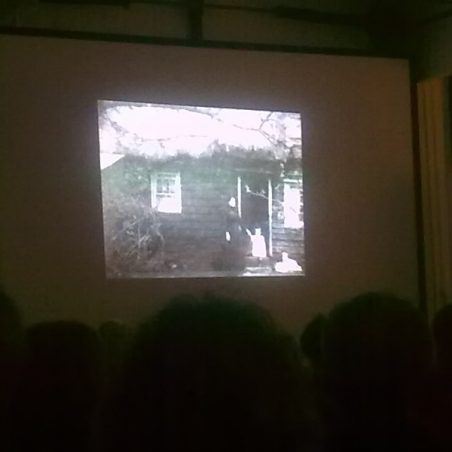 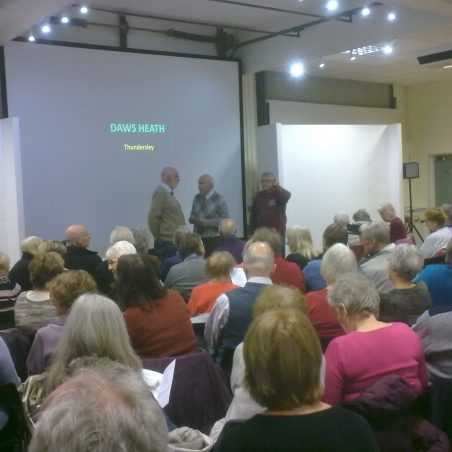 Bob Delderfield’s illustrated talk on “Origins of Daws Heath” at Hadleigh Gardening Association attracted a packed house, an enthusiastic audience of over 100 at HOFS. Following are a few notes which barely give the flavour of a very enjoyable romp through one of our local “wild places.”     Bob set the scene for Daws Heath, starting with signs of Pre-historic flint use, Roman activity and some Saxon place names.    Thomas Yeoman in 1759 said that access was difficult for carriages unless the ground was hardened by frost. He had been engaged by the Dean and Chapter of Westminster Abbey, the then owners of Pound Wood and Tile Wood, to check their investments.

Until 1790 there was no hamlet of Daws Heath, just farms and one or two scattered cottages.   There followed the granting of land for people to rent on which to build cottages. It had been supposed that soldiers returning from the Napoleonic Wars were the main factor in the growth of Daws Heath but the evidence is not strong for this.

Woodland
Using aerial pictures and maps from different periods, Bob showed how the different trees and economy (such as coppicing) could be distinguished in the different parts of the woodlands. The name of Starvelarks Wood, is of unknown origin; though mostly Sweet Chestnut. In Wyburns Wood a hornbeam probably over 400 years old is to be found.

Daws Heath is in Thundersley but also shares Pound Wood with part of Hadleigh. The continuing tussle between – on the one hand – preserving these essential green lungs and biodiversity we depend on for life and – on the other hand – planning for house building had an early example when in 1929 Rochford Urban District Council planned residential building in the woods. This came to nothing.

Famous Names
Wigbeon’s Wood is still preserved as Wyburns Farm, and we saw the details of this farm when auctioned in 1794 in Cornhill, London.
O’oo Cottage is now called Hilltop Cottage at the rise of Daws Heath Road approaching the Woodman’s.
Back Lane, has become St Michael’s Road — and on the other side of the A127, is still called Daws Heath Road.

Peculiar People
Started in Rochford, and was absorbed readily in Daws Heath rapidly making the community more respectable. This non-conformist religion also split into two within Daws Heath, the rebellious group building their own chapel.

Ecology
Daws Heath was actual heath until 1790, and there are still isolated pockets of gorse and broom, characteristic of heaths. The Essex Wildlife Trust is managing some of the woodlands with coppicing, and has reintroduced the Heath Fritillary with Cow Wheat {its preferred food plant} in a swathe of woodland reduced to heath.

Bob teased the audience with pictures of several other famous indigenous wild flowers which they could not identify; such as Fleabane and Golden Rod (both of the aster family), and Greater Bird’s-foot Trefoil {Lotus pedunculatus; a member of the pea family,} Pill Sedge and Slender St John`s Wort.

In the past, there had been several large ponds, essential for watering livestock and driving carriages into, so that their wooden wheels could expand into the metal rims for a better fit.

Tour
Bob conducted a pictorial tour through the area using “then and now” pictures of the key elements.
Woodlands, the house at the corner of Bramble Road and St Michael’s Road, was owned and lived in by one of the first commuters in Daws Heath; James Mitchell was a draper in Limehouse, London.
At Rivers Corner, a 1928 picture shows James Rolph leaning comfortably against the outside of the chimney breast of his cottage. And his reputation as one who could often be found there, was sealed for us when the second picture shows him there years later.
The original road from Daws Heath to Hadleigh is now a peaceful dead-end, but a 1950s picture of a green double-decker bus heading south past the entrance to Brook Farm, shows this backwater was once a key transport route.

We ended with pictures of dwellings built for daughters who still live in this area; Grace Cottage and Kathleen House.
A great talk, expertly paced and enthusiastically received by the HGA members!