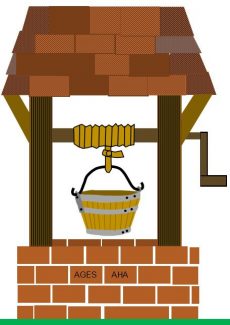 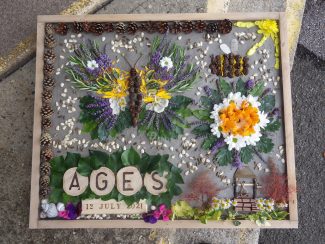 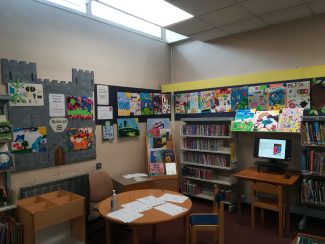 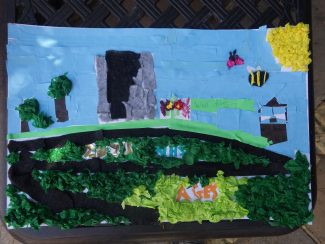 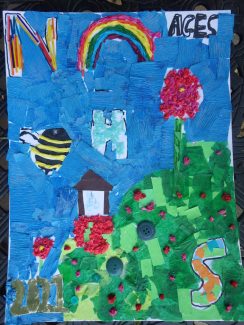 I suspect that the first question might be what is a well dressing? In the Midlands for many centuries, local communities have paid due respect to their local water supplies by each year dressing with flowers, etc the surrounds of village springs and pumps.

As part of the 2021 AGES AHA National Lottery funded project, “All’s Well That Ends Well”, to give an idea of what a well dressing might look like, AGES members created a prototype using soaked wooden framed boards filled with clay into which various natural items were pressed.

AGES then took it to Hadleigh Junior School to invite them to come up with their ideas of what might be included in a Hadleigh well dressing to be displayed at Hadleigh Old Fire Station’s Heritage Open Day on Sunday 12 September.

A total of 21 entries were received and put on display in Hadleigh Library. AGES will incorporate many of the ideas in the various pictures into a final version for display.

After a difficult judging process, a winner and runner-up were chosen. Each was created by a team of four students in Year 6.

The winning entry included an eye-catching view of the Castle.

The runner-up combined the water-related idea of a rainbow to the use of that symbol to thank the NHS for their care during the pandemic.

The AGES members (who meet monthly at the URC hall near Hadleigh Junior School in normal times) are very grateful for Headteacher Glenn Moore’s support in this community venture and the links between community club and school grow ever stronger.