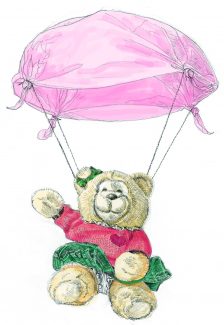 Hadleigh Organizations and Community Groups are invited to take part in the “Gooseberry Pie Challenge Cup”.  If you think your club can bake a better pie than the Archaeologists, Gardeners or Runners and you would like to choose two pie-makers to represent your group, please contact the Events Team at hadleighhistory@gmail.com

2)  To be presented in cook’s own choice of pie dish.

3)  The pastry top is to be decorated with pastry decoration only.

The winning pie will be judged on appearance and taste!

Hadleigh & Thundersley Commmunity Archive are reviving the Gooseberry Pie tradition, as it was an integral part of the old Hadleigh Fair:

Hadleigh Fair and the Gooseberry pie

The visitors from a distance bought their gooseberry pies at the booths and stalls, except such as had friends living in Hadleigh, with home-made pies of their own.

The home-made pies were in general esteemed superior, because of a greater substance in the crust and a more liberal disposition of fruit. Those at the stalls, though hand-some, plump, high, delicate, round, and full to look at, had a disappointing way of collapsing “aw to crumbles” at the first bite of a healthy jaw, revealing in the remains the hidden chamber of air that had given the pie its goodly seeming; a hidden chamber filled and widened, it was commonly reported, by a puff of the bellows under the paste before baking.

Moreover, to put no more than four gooseberries in a penny pie was justly regarded as an act of rapine. The home-made pie, on the other hand, offered something for the teeth to get to work on. Made in the biggest pie-dish available, it was roofed over with a noble arch of crust… and its complete filling of gooseberries left no room for air.

It was a piece of politeness to exchange wedges of this pie among friends, or even, for them that aspired to a gentility beyond that of their neighbours, to exchange little separate pies made for the purpose: with the accompanying message: “Please, mother say will you accept of a bit o’ gooseberry poie ? “

And so the gooseberry pie circulated with the proper compliments!

Extracts taken from a book about Cunning Murrell by Arthur Morrison