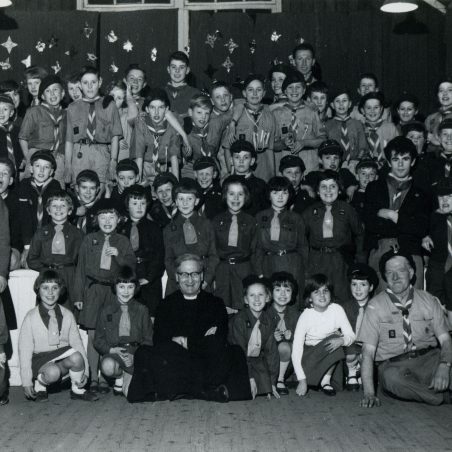 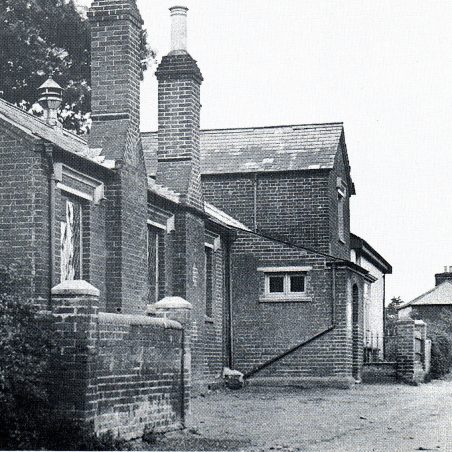 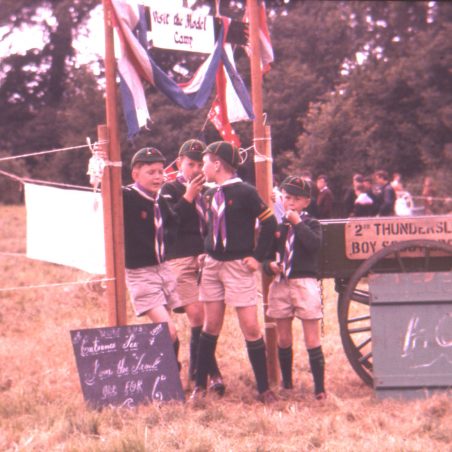 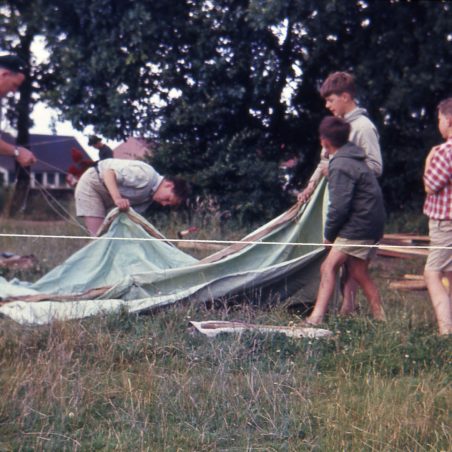 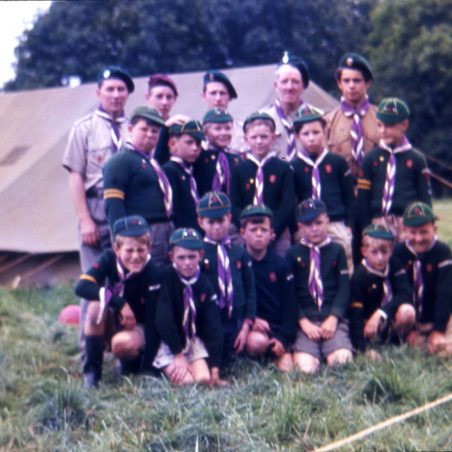 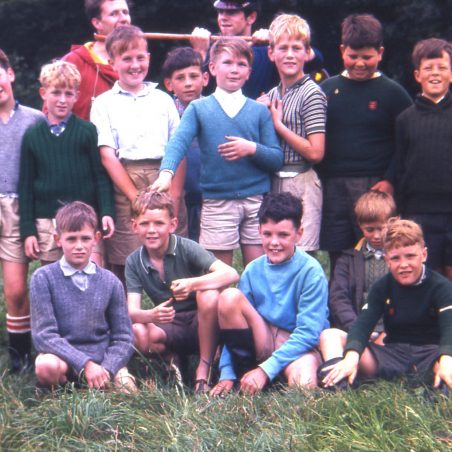 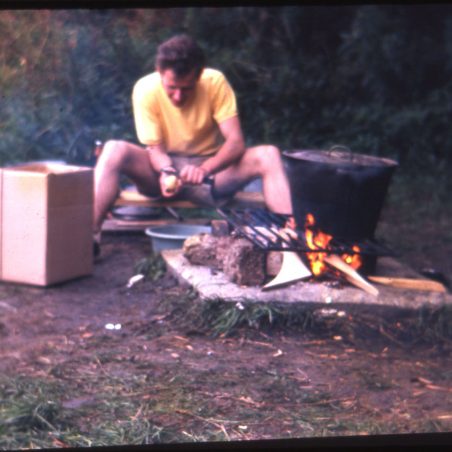 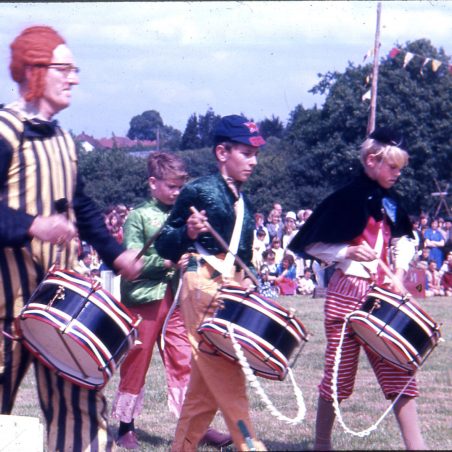 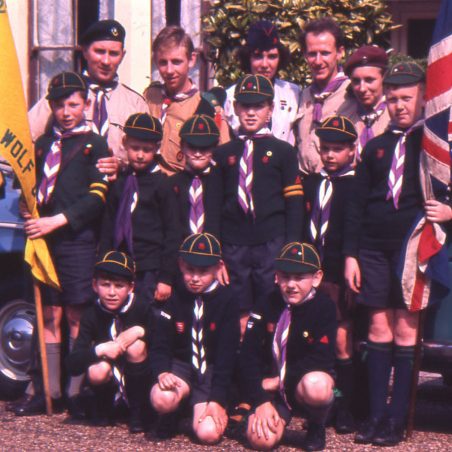 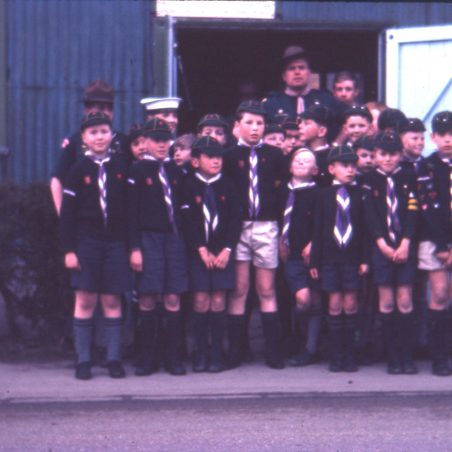 Outside the old Church Hall
Ian 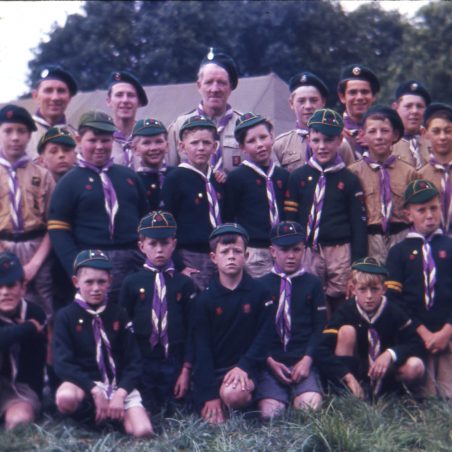 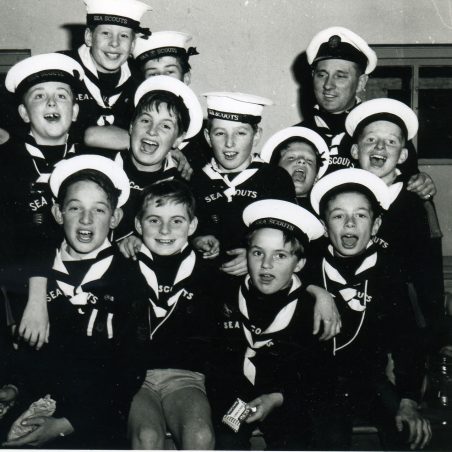 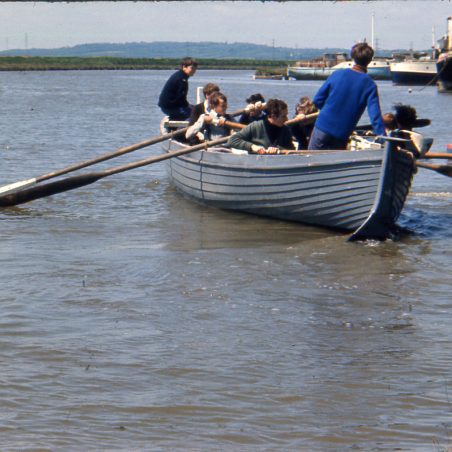 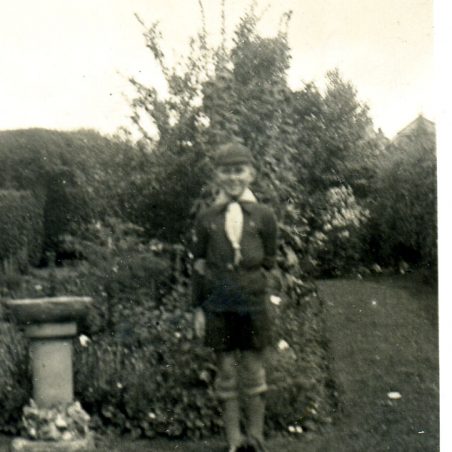 In the 1930s, I was a cub with the Hadleigh Congregational Church Scout Group.
In the 1960s, I was Akela (Cub leader) of the Cub pack. Our meetings were held in the old Church Hall opposite the clinic in Church Road.  The attached group photo was taken at a Christmas party for Scouts, Cubs, Guides and Brownies, with the Reverend Woodcock (St Peter’s Thundersley.)  The Beavers had not yet started.  Many cub weekend camps were held at Belchamps the Scout Centre in Hockley. The Cubs put on some good displays at the annual Church fête showing their camping skills.   The photo outside the old hall shows the pack with a visiting Cub leader [Top centre] from Calgary, Canada who was born locally and was back spending a holiday in Thundersley. Later, I left the Thundersley Group and joined the Benfleet Sea Scout Group as Group leader.