You are here: HomenextMain SubjectsnextPeoplenextA French View of Daws Heath 1921 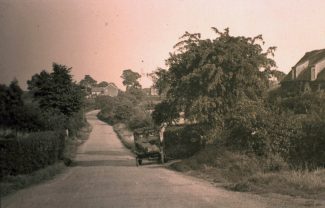 zoom
Daws Heath Road as it once was. The picture is taken beside what has become Deanes School entrance looking east. Hilltop Cottage, formerly known as Oo-oo Cottage, is to the immediate right and is still there today
H&TCA 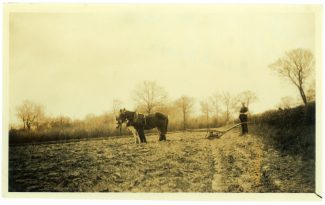 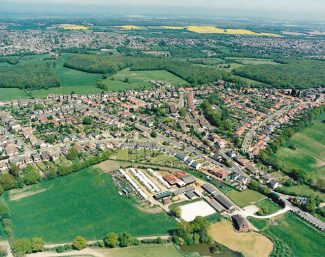 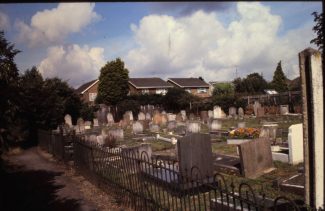 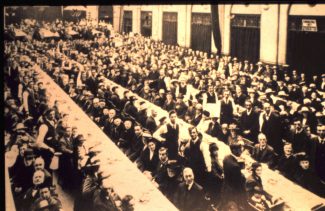 zoom
A Huge Gathering of Peculiar People at Chelmsford

In his “Ancient History of Thundersley”, the Rev. Maley mentioned two brothers Grigg of Daws Heath who lived well into their nineties and my own research has revealed plenty of aged people living on the Heath. Currently there are at least six men and women who have lived in Daws Heath all their lives and all in their eighties and nineties. I have even heard it claimed that the Daws Heath air is good for longevity. It would seem, however, that in 1921 a French reporter either came to Daws Heath or received information from another visitor that produced a remarkable account in a Bordeaux newspaper which was reproduced in the Chelmsford Chronicle of Friday 22 June 1921 as follows:-

Under this heading “La Petite Gironde” of Bordeaux prints an article on “the village of Dawes Heath, in the county of Essex, England,” well known as a stronghold of the Peculiar People. {The full page of La Petite Gironde 7th March 1921 is downloadable at the end of this article.} It is often a good thing to see ourselves as others see us, and this French view of a part of our country is very interesting:-

“The village has no communication with the rest of the world, and those who live there pride themselves in not having travelled by rail, and not having seen any other people than those in neighbouring hamlets. Amongst these inhabitants, there are four over one hundred years old, three or more ninety years old, twenty or more eighty years, and a good number seventy; the youngest are sixty years old. What is so astonishing, is that none of these old people has need of glasses to read his papers, and that, in spite of their old age, they occupy themselves with different work. If you ask them the secret of such an alert old age, they will tell you that work and sobriety are the principle elements of long life. Here is then the characteristic example of centenarians in good health, content, happy to live. And it is this last fact which surprises everybody. On this subject, men have contradictory opinions. On the one hand they fear death and wish to live as long as possible. On the other they dread old age and its long procession of ills. Few men imagine a long robust life, with the faculties preserved, although moderated. They confound ordinary old age and senility.”

[The article above was taken from the website of the British Newspaper Archive and this writer wishes to acknowledge Image copyright Local World Limited. Image created courtesy of THE BRITISH LIBRARY BOARD.]

The visitor, whoever he or she was, seems to have discovered a new Arcadia of aged health and fitness. Were there really so many elderly folk in Daws Heath in 1921?   When the 1921 census is released in six years time we should be able to answer this. In the meantime, we have to make do with the census record for 1911 which does suggest that Daws Heath had rather more than its fair share of elderly people although no centenarians.

Whilst in the whole of 1911 Thundersley there was only one ninety year old, there were twelve in their eighties of whom eight lived at Daws Heath. Only 269 people lived in Daws Heath compared with 1,161 inhabitants in the rest of Thundersley and yet the hamlet had double the number of eighty year olds than the rest of the parish. Daws Heath also contained one third of all the Thundersley seventy year olds and a quarter of those in their sixties. These sketchy figures do tend towards supporting the idea that the population of Daws Heath included a good number of older folk. As to the magnificence of their eyesight I shall make no comment.

The majority of the population of Daws Heath in 1921 were still members of the Peculiar People but the idea that they never strayed far from Daws Heath is untrue. Much earlier, in the nineteenth century, the Peculiars had held harvest festivals in Chelmsford and, later, in Maldon and Southend. Members from all across southern Essex and the fringes of East London would walk, ride horses or travel in horse drawn vehicles to these places but contrary to the information in the French newspaper they also used trains. In 1884 the Essex Newsman records well over 550 arriving in Chelmsford by train including 100 from Daws Heath and Hockley. Difficulties were encountered in providing tea for all the participants who numbered between 1000 and 1100. In 1885 the number was between 700 and 800 and in 1886 900.

Since several of the Peculiar People in Daws Heath were market gardeners some also needed to make regular visits to markets in Leigh and Rayleigh and further afield. As the French article suggests, people in Daws Heath, especially if they belonged to the Peculiars, were undoubtedly inward looking and tried to avoid the influence of the outside world but they were probably rather less isolated than the impression given by the newspaper report.

The British Newspaper Archive can be found at www.britishnewspaperarchive.co.uk

The digital version of La Petite Gironde 7th March 1921 is available below, with grateful thanks to the site: Retronews de la Bibliothèque nationale de France.  https://www.retronews.fr/journal/la-petite-gironde/7-mars-1921/241/1355433/3