A number of building firms have made their name prominent in Hadleigh and Thundersley such as Carruthers, Wiggins, Upson and Heathcote, to name a few.  Another family, the Brooms, have also been significant builders in the area since well before the second world war. Recently, I have had the pleasure (at appropriate distancing) of chatting with Alan Broom about the family’s contribution to the local housing stock.

Eric Samuel Broom was born in Hadleigh in 1907 but spent some of his childhood in Southchurch. By the time he married Martha Gladys “Glad” Choppen in 1935 he was already immersed in the building business. Eric and Glad moved into a bungalow, one of a pair in Woodfield Road bult by Eric. Their bungalow was called St Michael’s and here they had three children, Michael, Alan and Shirley (Sadly, Alan is the only one of the three siblings still living). 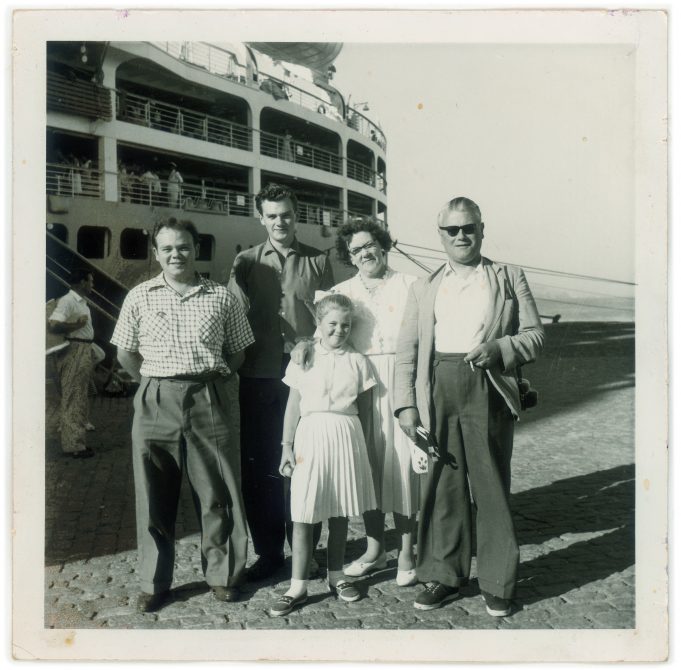 Eric Broom’s business grew both before and after the war. Amongst the many pre-war houses built by Eric and his men were a good number of bungalows in Bilton Road and Ormonde Avenue. Apparently just pre-war the Bilton Road bungalows, priced at £385, were proving hard to sell so some interesting inducements were offered including a free gas fridge with every home.

Michael, the elder brother, when he left Westciff High School was articled to a firm of surveyors which proved later to be a great asset to the Broom business as the two firms co-operated with each other on a variety of projects. Michael also studied architecture and building by correspondence course.  Alan, once he left school, received formal training in the trade at the Municipal College in Southend.  This resulted in Alan obtaining the Higher National Certificate  in Building and he was soon involved in his father’s business as the “boy”, actually the apprentice. Alan told me that his father was very tough and he felt like walking out on the business at one point but then in the winter of 1961, right out of the blue, Eric died at the youthful age of 53. He died on a Saturday, and on the Monday Alan had to go back to work among his older and more experienced workmates and tell them that he was now their governor and ask them if they were willing to accept that situation.

From that sad event the firm of Broom Brothers was formed although Michael still worked regularly for a different firm. Alan admits that a considerable amount of their building work was concentrated in Billericay, Pitsea and Hawkwell together with a number of houses in South Benfleet but Hadleigh and Thundersley were far from neglected by the firm. In New Road, Hadleigh, one of their first tasks was to complete the building of a house which Eric had begun on the south side of the road. This was a copy of four houses, designed by Michael, that Eric had constructed on the northern side of the road, opposite where cars exit from Morrisons today. Michael’s design was considered very modern at the time with its dominant steep sloping gable. The four houses were built on land where a small holder had kept donkeys and horses. Another four houses were built in The Crescent and one more in Heather Drive. The Willow Walk estate was built, not by the Brooms, but on land owned and sold by Gladys Broom. 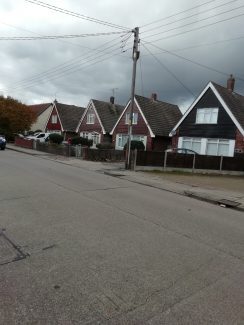 At Daws Heath in the mid 1960s the Brooms built a bungalow for the parents of Peter Howard who lived with his wife, Joyce, in the next door bungalow.  In 1969 land became available in Western Road, Daws Heath when the dairy once run by Alfie Grigg at Ebenezer Villa shut down. The Brooms won the auction at the Westcliff Queens Hotel and paid what was  a record sum for land at the time,  totalling £6,900. Three new detached houses replaced the battered wooden farmhouse and its outbuildings. 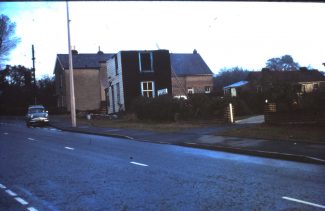 1. The last view of Ebenezer Villa and its dairy 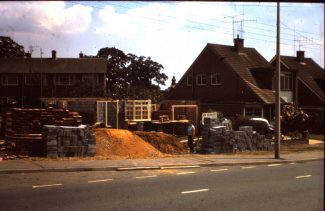 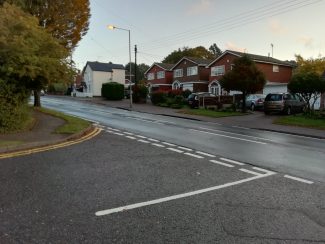 Alan still possesses mementos of this project in the form of some milk bottles clearly inscribed with the words, “Ebenezer Dairy”.

A red brick house was built by Broom Brothers on the north side of Daws Heath Road with the back garden facing on to what is now the Little Haven Nature Reserve. 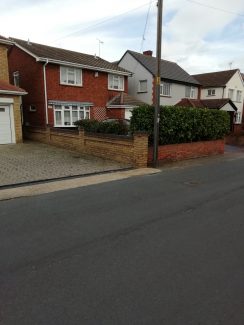 Other Broom homes in Thundersley include a small estate in the upper part of Manor Road beside the industrial estate, two houses in Roseberry Avenue, and several in Kents Hill Road North.

As their business thrived it was much assisted by having more than one yard. Whilst at college in Southend Alan had met John Tregenza whose family had a business in Eastwood Road, Rayleigh where the Brooms later rented a shop and yard. The shop was called R.F. Newton. Eventually the brothers bought the whole business. They also bought up Buttons, the concrete specialists on London Road, Hadleigh which meant yet another yard was available to them. Hadleigh Building Company, an entirely separate business, was another creation of the brothers but that no longer exists.

Michael and Alan with their respective wives have always lived next door to each other. They each built their own houses in Fairlight Road, Hadleigh and then later in Haresland Close, Daws Heath. Both men were able to retire from the physical work early but Broom Brothers still exists as a firm providing maintenance for buildings.

If you have stories about local builders please use the comments facility or write an article about it and have it published here.
Related articles:  The Builders of Daws Heath,    and W & HL Carruthers, Daws Heath Builders.