Hadleigh: A step back in time: fifth pace.

King Johns Secondary School - friends there and around
by Robin Thorn

[ This continues from the previous article. ]

The school had been substantially built when war was declared; all building work stopped.  Building work recommenced a few years after the war ended in May 1945 and I was lucky as it had just been finished for occupation at the same time as I was leaving primary school so I was in the first class of pupils to use the new school.

The school was very large having the latest sports and other facilities at the time well-planned and freshly painted classrooms on two floors.

Names of Children living in Hadleigh during the 1940s/1950s

Shirley Story.
Ben Thompson. (lived in London Road opposite the “Kingsway Cinema”).
Albert Stockford. (l remember him and his sister performing at one of the
school plays the song entitled “We’re a couple of swells”  they gave a very
good performance).
Peter Leggett. (Lived in a bungalow in Church Road next to the school).

My local friends outside of School
Basil Scott. (He lived in Arcadian Gardens).
Peter Hayward. (He lived in Woodcroft Close).
Fred Lowe and his brothers. (They lived in the tower house at the corner of
Arcadian Gardens and Common Hall Lane — before moving to a bungalow in
Scrub Lane — their father had a pigeon loft in their garden and I often
watched the birds in flight).

Other persons — friends of my older brothers.

Clifford Falkus. Son of Mr and Mrs Falkus who lived on an exceptionally large plot in a large and lovely house at the end of Beresford Gardens and Common Hall Lane  –  since demolished. The plot now forms part of the estate off Falbro Crescent which was named after the Falkus Bros  building firm — Clifford in later years had a bungalow built in Eastwood Road ( London Road end) called “Little Arcadian”.

[For more tales from Mr Thorn about Hadleigh, see the sixth pace – Ed] 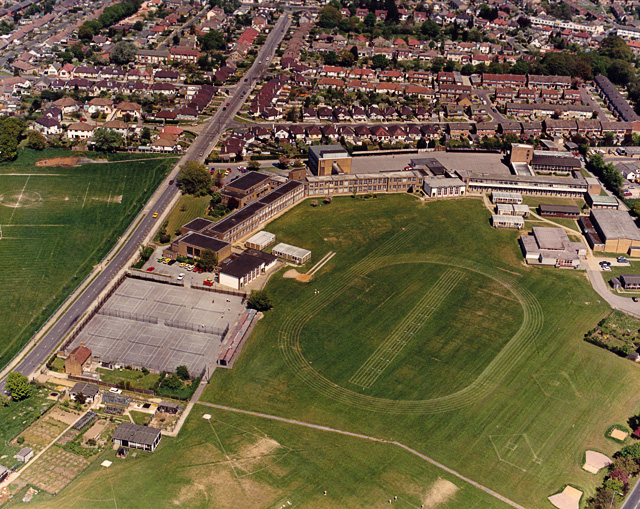