Hadleigh: A step back in time: fourth pace.

[ This continues from the previous article. ]

Another activity enjoyed by local folk was the John Burrows recreation ground at the corner of Daws Heath Road/New Road and Templewood Road where our school used to hold its sports day. In the days when we used the recreation ground, it was divided by a line of trees; these have been removed now and the ground opened up.

Hadleigh and Thundersley cricket club regularly played there, the ground was – in my early days – tended by a Mr Bashford who marked and rolled out the pitch.

Two club players that I reflect back on watching play was Bob Harwood (I think this name is correct) a left hander, hard hitter and heavy scoring batsman,  a joy to watch and Mr Scrivener (landlord of “The Castle Pub” in the High Street) with an unusual squat stance but nevertheless an excellent batsman.

Ballard Brothers builders with offices and yard just off the London Road in the Benfleet Road at Victoria House Corner built the cricket club pavilion.

Whilst I was growing up during the 1940s/1950s era, Hadleigh had several open spaces, one at Victoria House Corner just off the Rayleigh Road (now built on), horses owned by Joe the landlord of “The Waggon and Horses” pub grazed on land in a field off Common Hall Lane and there was a large open space with a pond, now occupied by housing in Willow Walk.

Land on the London Road facing the Fire Station was an open space when I was a boy but has since had a Supermarket built on it.

Our class was occasionally taken to an allotment in Rectory Road where a teacher taught us about growing and planting vegetables and I recall happily growing carrots there — this now a car park.

Lizzy Landridge’s parents ran art instruction classes in their house in Shipwrights Drive Thundersley and although I went on two or three occasions, it was evident that I had no natural ability for this.

To earn some pocket money, I had a paper-round in the area and remember two homes that I delivered papers to very well in the London Road opposite Parkfields Parade*; a bungalow “Restormel” and a lovely Tudor type detached house called “Greywalls” where lived a smartly dressed city gentleman, both properties are unfortunately no longer there having been demolished together with some other properties for new housing.

{Ed: * Parkfields Parade was built in 1933 about 150 metres from Vic House Corner and is still there.}

Another weekend part-time job that I did was to deliver fish on a trade bike for White Heather fisheries in Kiln Road, Thundersley {Ed: now a petrol filling  station.}

Before Malyons was developed for houses when I delivered newspapers I remember there being one house set a long way back off the London Road with a very long straight drive up to it.

For two or so years up to the age of about 11,  I attended Sunday school at the Church of England St. James the Less rushing into the vestry to put on a white surplice and ruff collar to sing in the choir.

The church organ was not electrically operated, as organs are today; it needed someone to hand pump wind into the organ bellows so that the organist could play.
Another aspect that people of the time will well remember was the Winter of 1947 when it was exceptionally cold with 6 ft. snow drifts and the lead pipework that most homes had, froze up causing plumbing pipes to burst.

[The next section or 5th pace from Mr Thorn about Hadleigh, is available here.  Ed.] 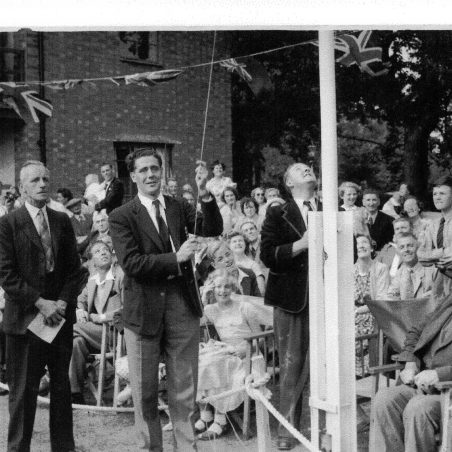 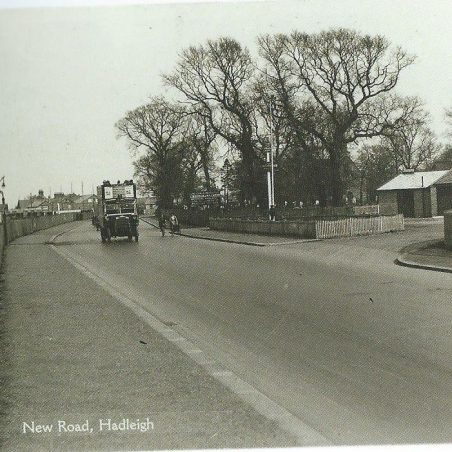 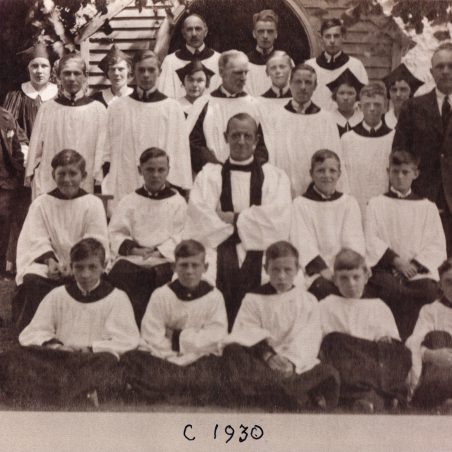