Hadleigh: A step back in time: second pace.

The Children of Hadleigh School
by Robin Thorn

[This article continues from here by the same author – Ed]

Another extract from a poem Mr Lambourne told us about was of a prisoner awaiting hanging for his crimes . He was contemplating his days in the past when he was at school and he was thinking back to one day in particular – a sports day where he was competing – a snippet is as follows

“He saw the School Close, sunny and green,
The runner beside him, the stand by the parapet wall,
The distant tape, and the crowd roaring between,
His own name over all.*”

I can easily relate to each of these situations and get great satisfaction from them, stimulating my mind, I wonder if others that were in my class at the time enjoyed listening to Mr Lambourne and enjoyed poetry as much as I did?

There were no woodworking facilities at the school but we were taken each Thursday by coach to Benfleet school in the High Road and under the instruction of Mr Bell I gained invaluable use of tools and carpentry knowledge.

I can vividly remember Miss Matthias our music teacher, teaching us several songs;  “Greensleeves” and “Where’er you walk” come to mind.

I can recall Mr Lambourne on one occasion introducing the class to classical music whilst he was planning a puppet show and he used the music of Tchaikovsky “The Dance of the Sugar Plum Fairy” from “The Nutcracker Suite” as background music and taught us many other such classical music compositions — I have a lot to thank him for, as had he not taught the class about classical music I may well not have known what joy it can offer.

The children in my class were all reasonably intelligent but one outshone the others, I can’t remember his Christian name but his surname was Phillips (he lived in a flat above the men’s hairdressing saloon/Ross boot repairer shop on the London Road, Hadleigh).

He invariably came top in most subjects and was an inspiration for me to try harder and I am sure several of the others in the same class also tried to emulate or beat him, I wonder if anyone else can remember him?

Another talented boy was Ben Thompson who lived in the Kingsway Parade with his parents, his father ran an antique and furniture business, Ben was a brilliant artist drawing incredible portraits of people and their facial expressions; I often wonder what became of him?

Tom Corby was another boy (who lived in Cranbrook Avenue.) I recall an occasion where a teacher after reading a story he had written for homework said he showed great talent with his writing skills and would be an excellent news reporter, which he told me was his wish on leaving school.

Each Saturday morning there was a cinema club for young children at the Kingsway Cinema showing various cowboy and adventure serials, and comedy cartoons such as Tom and Jerry, Donald Duck and Mickey Mouse.

The Saturday morning at the cinema was always well attended; starting off with all the children singing the following verse:

We are the boys and girls well known as ..
Minors of the ABC
And every Saturday all line up,
to see the films we like and shout aloud with glee.
We like to laugh and have our sing-song
Such a happy crowd are weee..eee
We’re all pals together
We’re Minors of the ABC! 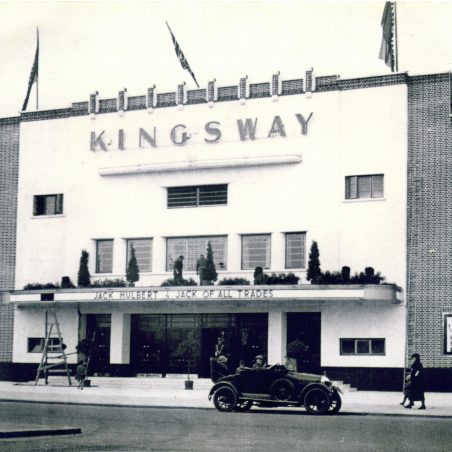 The Kingsway in all its Glory
Alice Chafer 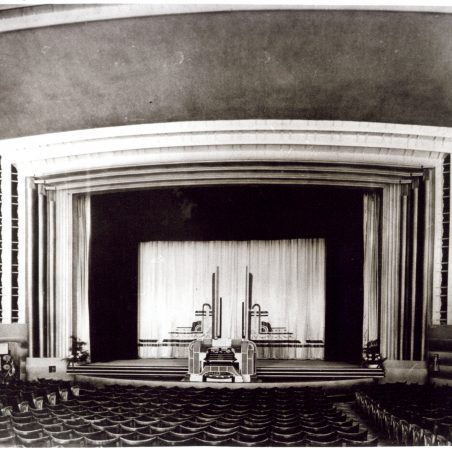 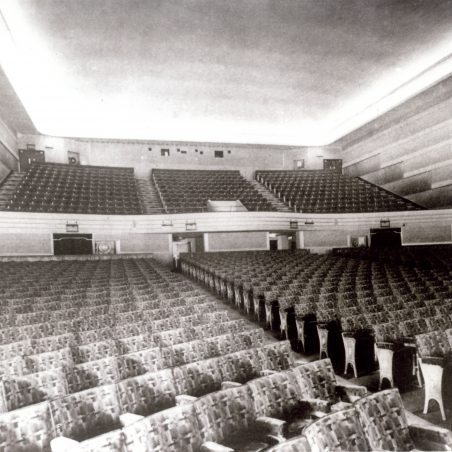