PORTRAIT OF AN ACTOR 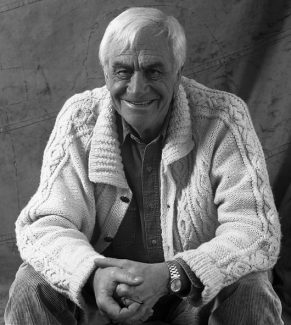 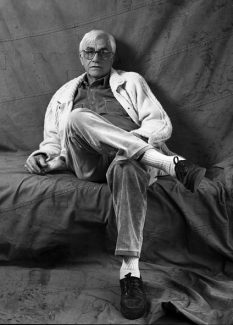 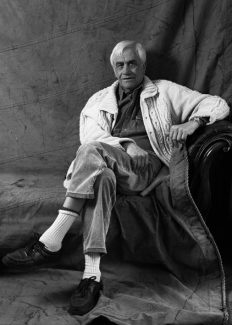 We met at a car repair shop of all places and got talking. His face was memorable and he was easy to talk to. I have never been a car fanatic, but his jalopy left me decidedly unimpressed. It was his sister’s, he explained. She lived near an airport and he borrowed the car while he was over in Britain. He lived in an apartment in Los Angeles.

It was the closeness of my own home in Hadleigh to his local home that raised my interest. He had moved to one of the four semis at Mount Zion on Park Chase near Castle Lane with a spectacular view over the castle, the Downs and the Thames across to Kent.

The name James Booth and a house on the Salvation Army estate, would that mean he was related to General William Booth, the founder? I asked curiously. No. No, he was no relation. He had inherited the house from his father.

What he did not tell me was that there was a connection, though not a physical one. There were more opportunities for chats to come. As I was always into photography – I’d exhibited in the National Portrait Gallery in London – his wrinkled, conniving face was just the kind of face I admired, photographically speaking. So I asked him to my home, which had to stand in for a photographic studio with natural light from a large window and a second-hand sailcloth bought in Maldon, as the backdrop. Even so, I was surprised the man I had admired as ‘…Hook or Hooky’ in the film Zulu, so readily agreed to ‘sit’ for me. I certainly enjoyed his visits. We talked of families and he mentioned the worries he’d had for some of his four children.

I was also surprised at how easily the six foot four inches tall actor took directions from an amateur like me. What I did not then realize was the volume of work with which he has been associated. Apart from his stage appearances from Shakespeare to musicals, and his television parts, he has some 40 films to his name.

Born David Noel Geeves on 19th December 1927 in Croydon, Surrey, his father, probation officer Ernest Edward Geeves and his mother Lillian Alice (née Edwards), were both second-generation Salvation Army officers who had met in that organization. Young David and his sister Jackie, who was eight years his junior, had a highly religious upbringing.

David attended Southend Grammar School (Southend High School for Boys) where, by his own admission, he was an indifferent student. At 17 he joined the Army and after that he studied business for a year at Municipal College in Southend-on-Sea. A spell in commerce followed, but his acting interests, which horrified his family, led to his training at RADA, becoming a member of the Old Vic company, then Joan Littlewood’s Theatre Workshop at the Theatre Royal, Stratford East in 1958. His part in composer Lionel Bart’s hit musical Fings Ain’t Wot They Used T’Be boosted his name. Film producer Irving Allen signed him up and the sixties, especially the early sixties, became the most active period of his movie career.

In 1962 he starred opposite Barbara Windsor in Joan Littlewood’s screen version of Stephen Lewis’s Sparrers Can’t Sing. A former colleague of mine became so enthralled by that film, he spent much time trying to find and visit all the various locations in the film of his beloved East End.

Zulu, in which Booth played the reluctant war hero Pte. Henry Hook, aka ‘Hookie’, in 1964, remains perhaps his most memorable film.

A downturn in Booth’s career began in 1965 when he took the lead in the flopped Lionel Bart musical about Robin Hood called Twang!!.

Because David Jeeves’ real name ‘sounded too much like a butler’, the young actor was advised to change his name. Likely to please his family – his father had died and his mother remarried when he was a teenager, to another Salvation Army man – he chose the name of the founder of the Salvation Army, William Booth. David Booth was a name already registered with Equity, so he adopted his grandfather’s Christian name and became ‘James Booth’.

He moved to the U.S. and played James Joyce in Tom Stoppard’s abstractly intellectual historical play Travesties. It ran for eight months in New York City and was voted best play of the 1975-76 season by the New York Drama Critics Circle.

Film parts, however, were rare, so he turned to writing screen plays and rewriting manuscripts. He won the Irving Berlin Award for best lyricist for an adaptation of Ben Jonson’s Alchemist, called The Al Chemist Show. On television we saw him in Twin Peaks and Auf Wiedersehen, Pet (1985) among others.

A constant anchor in his life was the woman he had married in 1960, stage manageress Paula Delaney. The lady stayed with him through good times and bad.

Later in life they moved back to his roots, but he was still working. We talked on the phone for ages, when I had to listen to part of a screen play on which he was collaborating in an office by the river in Chelsea, a screen play for an obviously exciting dark psychological blockbuster, which was way above my head – his enthusiasm was palpable.

He wanted to be photographed again, to bring his portfolio up to date, but before that could happen, James Booth died peacefully in his sleep at his home at Mount Zion in Hadleigh, on 11 August 2005.

‘British character actor James Booth – who starred in myriad productions at the Royal Court, the Royal Shakespeare Company and Joan Littlewood’s Theatre Workshop at Stratford East in the 1960s and 1970s – has died at the age of 77’, began one of the many obituaries.