You are here: HomenextMain SubjectsnextPeoplenextMy memories of Hadleigh in the 1930s

My memories of Hadleigh in the 1930s 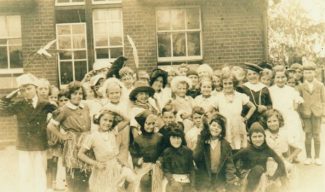 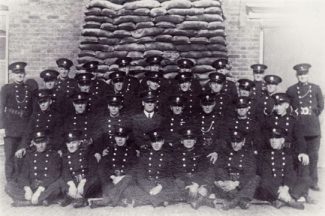 Is there anyone still around who remembers this photograph? The first on the left is Dick Hollis (his parents had the nursery behind the  Kingsway Cinema), the next one is Sheila Chalk.

I can remember being outside the Fire Station at 11am on 3rd September 1939, when Chamberlain made his dreaded announcement, that we were once again at war with Germany.  The firemen turned up the radio so that we could hear it.

We helped the firemen fill sandbags, then Mr Mackenzie told us “to go home” as we were at war.