A view of St James-the-Less Churchyard 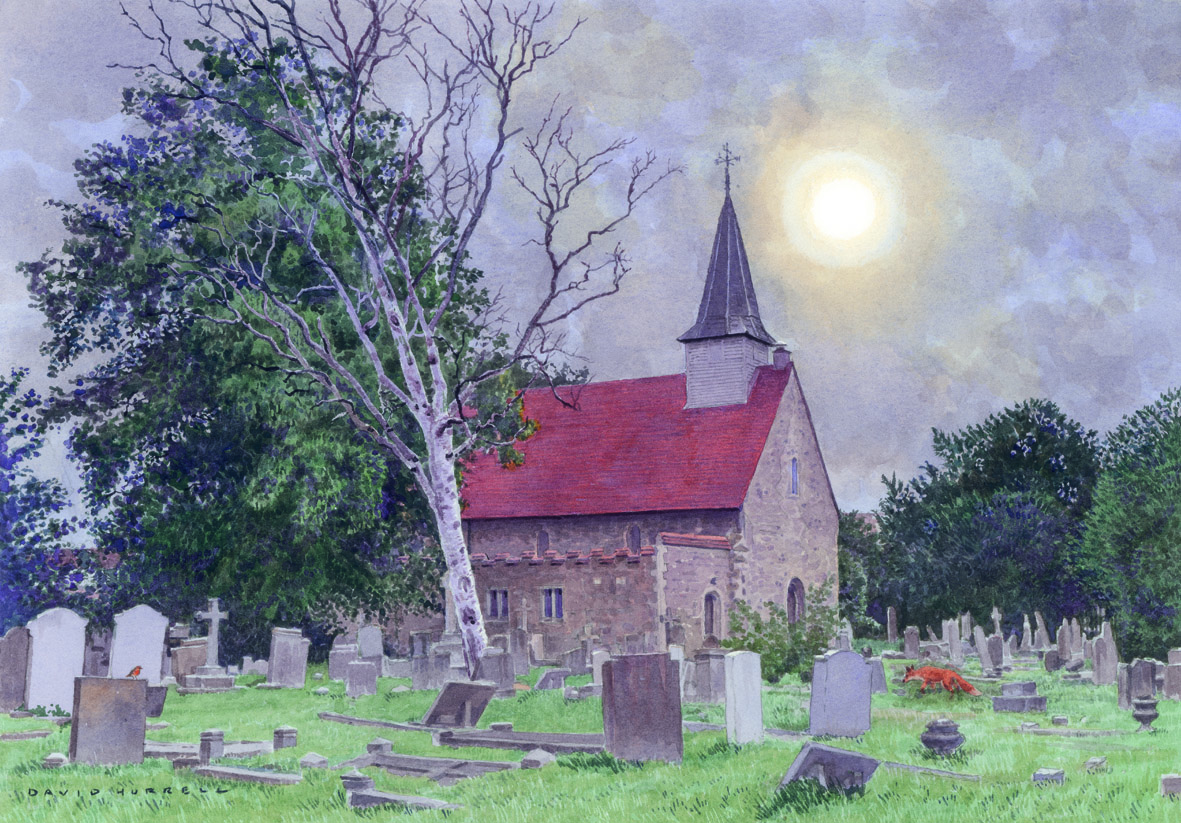 The inspiration was two-fold. Firstly, I’ve been somewhat exercised of late by the contentious Hadleigh Regeneration Plan which includes the possibility of “decorating” our only Grade One Listed Building with (in my opinion) a couple of aesthetically intrusive four-story blocks of flats. By sitting strategically by a tombstone in the north-west corner, I achieved a surprisingly rural view which will (possibly) be almost unrecognisable in a couple of years. (In my painting McDonald’s Restaurant just peeps over the hedge and Garston’s Shoe Shop is behind the big lime tree.)

Secondly, I was recording the recent disappearance from the Churchyard of an old friend Betula pendula – a Silver Birch. Another old friend (long since departed) the late, great, Len Doust, (who lived just around the corner in Church Road ) often pointed this tree out as a thing of majestic natural beauty. He was a grand Christian gentleman that sang Wesley hymns louder and more intelligently than anyone I have ever met, and he was a superb draftsman, painter and professional illustrator. Sometimes, if people were in a tearing hurry, they used to avoid Len in the street – for he was always ready to turn the conversation to talk about “his” Jesus. But, if you were not in a hurry, he invariably imparted a blessing. Len was a much loved character and is sore missed, for he upheld everyone in his prayers.

And so Len’s Tree became a favourite of mine too. When it died (fungal attack, I suspect – for trees never die of “old age”) and it began to rot and heel over, it became a Big Problem. Being in a churchyard meant that it couldn’t just be chopped down by Tom, Dick or Harry – it had to be dealt with by the Diocese. In the final event, it cost a staggering £900 to remove. Overnight it became vilified as “That  Wretched Tree” and nearly everyone forgot how beautiful it had been.

It had, of course, been dead for a few years when I painted my picture, so its splendour was departed. Perhaps you can just recall it in its prime? (If you knew Len, then you would remember it for sure.)

Sandra Harvey writes: The photo (below) of the silver birch was taken by Tony Harvey on 7th November 2003 showing its autumn leaves.  Many people were sad to see the tree taken down during 2011 due to the tree’s dangerous state. 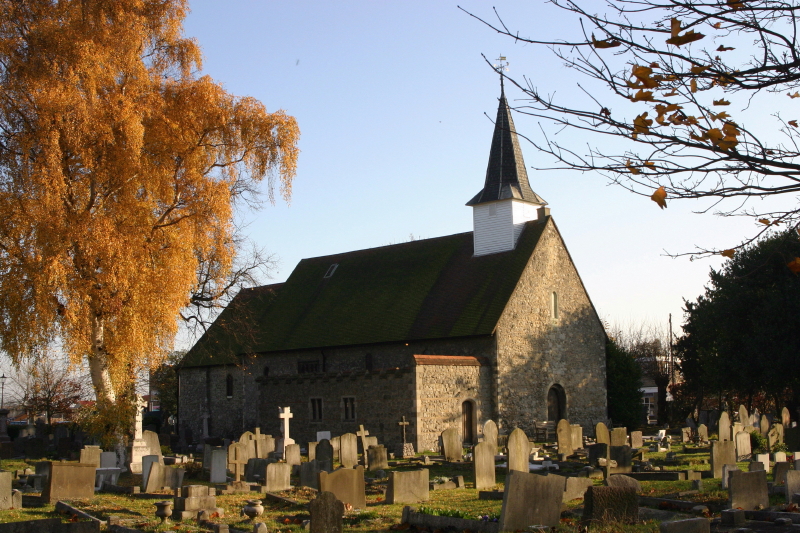 Hopefully it will be replaced.