The Eckworths of the White Hart, Thundersley 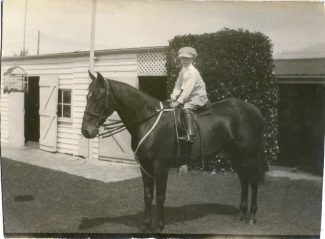 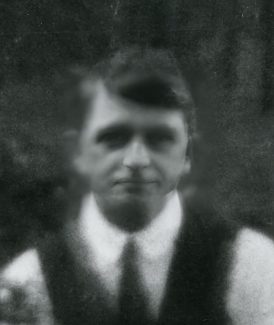 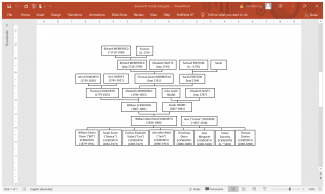 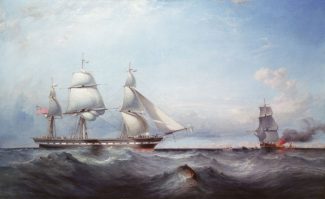 As an archive, we have been most fortunate to receive the story of the Eckworth family, both in Thundersley and later in Australia. (See attached pdf document for the full story).

Below is the first and local part of that family history (and some relevant photos) from Ian Penrose, whose father-in-law was the nephew of Jack Eckworth, whose father migrated from Thundersley to Australia in 1857.

Generations Working with Horses
A Story of the Eckworths
By Ian Penrose, July 2020

My father-in-law Jack Stevenson developed an affinity for horses from a young age. His childhood home was near the Caulfield Racecourse in Melbourne and he spent many hours in the company of grown men who worked with horses. Most memorable was his mother’s younger brother, Jack Eckworth. (a)

In the early 1900s Uncle Jack drove horse-drawn jinkers, carts for transporting timber logs as long as a house.  Young Jack recalled watching his uncle skillfully turn his jinker in their narrow suburban street: his lead horse, Bruce, leaning his head over the opposite fence.  On another occasion, Uncle Jack lifted his four-year-old nephew up onto the jinker behind a team of seven horses.  Some of the heavy logs had slipped back a little, and in the cavity created underneath the load, the young lad rode all the way (25 miles) to Point Cook.

Uncle Jack’s father, William Merrifield Eckworth, also worked with horses.  Born in Essex he migrated to Australia as a twenty-year-old in 1857.  His ancestry was a mystery, but fortunately for a researcher, his is an uncommon surname, so of the few written records, many relate to his family.  Here is what has been discovered.

Origin of the name Eckworth
I have found no authoritative explanation of the name Eckworth, but have two theories.  One is based on the origins of the two words “eck” and “worth”.  Eck is derived from the Old German ecka meaning “edge” or “corner”, and worth is from the Old English worð, meaning “enclosure” or “settlement.”  So perhaps the first Eckworth resided at the edge of a settlement.
My other theory draws on the Essex location of William’s ancestors.  A little to the north, near Bury St Edmonds, is the wealthy Ickworth estate, which dates back to the 11th century.  Perhaps a distant ancestor worked on the estate, and then assumed its name, later misspelt.  We are unlikely to know the real origin.

The early family bakers
William Merrifield Eckworth’s paternal grandparents, Thomas (b. 1779) and Elizabeth Eckworth née Merrifield (b. 1786) were bakers in Rayleigh in Essex.  Thomas served his apprenticeship in 1798 before becoming a master baker and no doubt a member of the Bakers Guild, which, under the Assize of Bread and Ale law, enforced regulations over the quality, weight and pricing of bread.
In this humble rural region, he would have baked mainly bread and pies: cakes being reserved for Easter, Christmas and special occasions.  Wheat had overtaken rye and barley as the chief bread grain and the flour was wholemeal; white flour remained expensive until the late nineteenth century.   Any cakes Thomas baked would have been yeast-based,  perhaps using ale.  They were very heavy: raising agents such as baking powder had yet to be introduced.  Middle class people were installing semi-closed ovens to make cakes at home, but for the working classes, bread-and-jam was the norm.

The life of an 19th century baker was not easy.  Thomas would have started making dough before midnight, had a short sleep while it rose, then kneaded the dough (perhaps with his feet) in the stifling heat of the bakehouse, and finished by delivering the buns and loaves to customers.  The hard work and long hours took its toll. [b]  Thomas died in his mid-forties.
Thomas and Elizabeth had three boys, William, Thomas and John, and two girls, Elizabeth and Sarah Ann.  After Thomas’s death, his widow and sons William and John continued working in the bakery, until William moved to Thundersley a few years later and John’s early death in 1841 at age 30.

The White Hart Inn and Horseshoes in Thundersley
In 1836, Thomas and Elizabeth’s eldest child, William Eckworth (b. 1807) married widow Sarah Blackburn née Heard (b. 1807) in the village of Thundersley, 2¼ miles SW of Rayleigh, where William was then living.  Sarah was from nearby South Benfleet and had a young girl from her first marriage.  A week after her wedding, Sarah gave birth to William Merrifield Eckworth, my wife’s great-grandfather, and settled into her new husband’s abode, the White Hart Inn.

Thundersley lies in a well-wooded rural area, unusually hilly for Essex.  Its name comes from the Old English Þunres lēah meaning a “grove” or “meadow” belonging to the god Thunor or Thor, and is thus a relic of England’s pre-Christian Anglo-Saxon paganism.[c]  Its population in 1848 was 220. [d]

The tithe records of 1838 show that William leased eleven acres of land in Thundersley. [e]  It comprised four fields, which he farmed with the help of two employees, [f] a cottage, a smithy and the White Hart Inn.  It was called the Horseshoes Estate after the name of the local watering hole that predated the inn.  The name, White Hart, which is recorded as early as 1797, reflects the hunting parks of the area. [g]  William was now its publican.  Having a blacksmith or wheelwright next door, which he may have sub-let, was convenient for travellers seeking repairs to their carts or re-shoeing their horses while they had a drink.  And a pond nearby allowed horses to be watered and felloes (cart wheel rims) to be swelled.  The White Hart Inn had many attractions. [h]

The White Hart features in a macabre ghost story.  In a copse half a mile north-east of the inn, blood-curdling screams were often heard.  It was said that a woodsman, enraged by his young helper’s laziness, swung his axe and lopped off the boy’s head.  He hid the body in a hollow tree, telling people the rascal had run away.  However, passersby would later see the boy’s ghost sitting on the entrance gate to the wood screaming loudly.  The guilt-ridden woodsmen turned to drink and eventually confessed his crime in the White Hart, and only then did the screams stop.  For many years, the wood was called the “Shrieking Boy’s Wood”. [i] [j]

William and Sarah had three boys and two girls, but only two survived to adulthood, their eldest William Merrifield (b. 1836) and youngest Edward John (b. 1842).  Along with their parents, the boys would have helped run the inn, and met the needs of travellers; and it is possible that William junior was the ostler, taking care of the patron’s horses (no doubt in liaison with the blacksmith/wheelwright next door) whilst they drank or stayed in the inn.  As evident by its name, Horseshoes, the property had a long-standing association with horses, and young William would continue to work with them for the rest of his life.

William (senior) died in 1861, whereupon his widow Sarah, took over management of the White Hart.  By this time, her children had left home, and it was not long before Sarah re-married – to local farmer Isaiah Brown.  The middle-aged couple moved into (and perhaps managed) the Hoy Inn in South Benfleet and later acquired the license to the Crown Inn in Hadleigh.  Sarah and Isaiah died on consecutive days in 1881, and were buried together back in Thundersley.

William Merrifield Eckworth (1836-1908) migrates to Australia
In 1857 and at age 21, William left home for good. [k]  He boarded the sailing ship, Roxburgh Castle, in Gravesend (London) to migrate to Melbourne.  The ship carried 210 migrants, with William in a third class “cabin”.  He listed his occupation at “trader” as did most of the other adult males.  This was not the Roxburgh Castle’s first voyage to Australia.  On returning from her maiden voyage in 1853, she happened upon a burning vessel, the British Merchant, near St Helena off the west coast of southern Africa.  The arriving ship rescued the crew of the merchant vessel, an event that was recorded in a contemporary painting by James Harris.

William’s voyage was less eventful and relatively more comfortable if one is to believe the following article in The Age newspaper:
THE ROXBURGH CASTLE, BLACKWALL LINER – The arrival of this splendid liner has added another to the many fine vessels of the Blackwall fleet…She sailed from Plymouth [after leaving Gravesend] on September 28th, and met with light easterly winds to the line [equator], which she crossed on the 26th day out. She likewise encountered similar light winds, until she made the island of Tristam D’Acumba [sic], off which she was becalmed.  From thence to the meridian of the Cape of Good Hope, she had strong, fair winds; but from the Cape to the Otway, which she sighted on the 17th inst. she met with adverse weather…The accommodations are singularly adapted to meet the requirements of passengers of all classes, without exception; but in the second and third cabins, they are especially worthy of notice, inasmuch as the arrangements in those departments, receive careful attention at the hands of the ship’s owners [L]

The article suggests that the vessel followed the traditional Clipper Route from England to Australia: running down the east Atlantic Ocean to the Equator, then south through the western South Atlantic following the natural circulation of winds and currents, passing close to Trinidad, then curving south-east past Tristan da Cunha and finally along the parallel of 40 degrees south to catch the strong winds of the Roaring Forties. [m]  From Plymouth to Melbourne, the voyage took a respectable 82 days.

Further reading about Thundersley is available in two exceptionally interesting books published by the Archive and here are links to their respective introductory articles:

For more pictures of the White Hart and the local area, see the article on “Thundersley Postcard Memories”  and feel free to buy the book!

Thundersley and Daws Heath – A History       a delightful book of over 200 pages, with over 300 pictures, many rare and not previously published, on the history of the area.

[The fascinating story of the Eckworth family history in this area and Australia is explored further in the attached 3 MB pdf.]