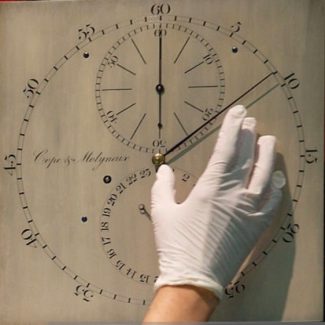 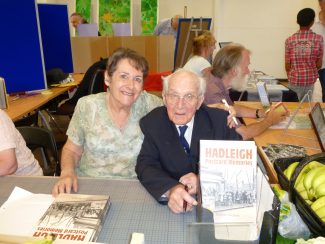 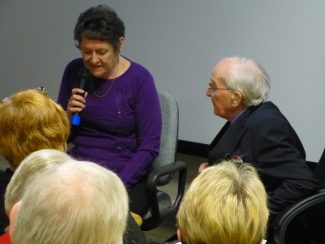 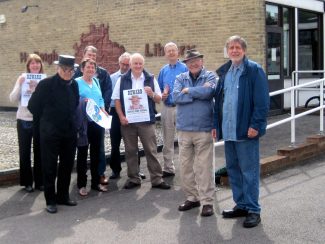 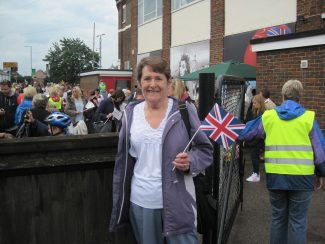 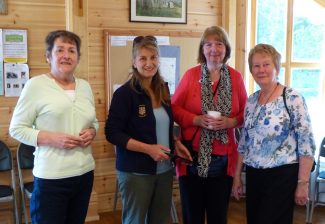 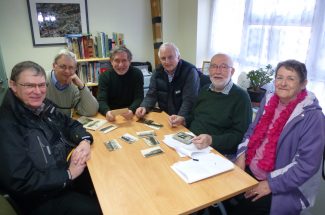 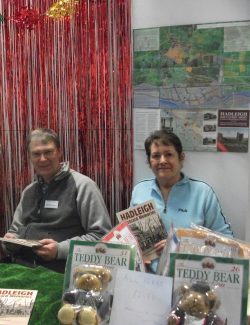 zoom
Terry and Val running a stall at a Christmas Fair 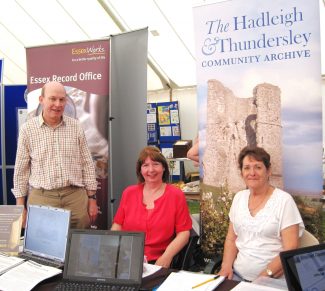 For Val Jackson’s funeral of 12th June 2018 in St James the Less Church, Hadleigh, the eulogy (extracts of which follow) was put together by her partner Craig Miller, her brother Don and daughters Nikki and Sue.

Valerie was born 27th October 1941 in Kensal Rise, London to parents Edna and Arthur Cope. She had three younger brothers and sisters, Don, Marie and Nick.  She left Willesden County Grammar School with 5 O-levels and went to work for a Bank.  Having married Colin Jackson,  they moved to Buckinghamshire where Sue and Nikki were born.  Val was delighted to have children, and later when grandchildren Jessica Louise and Ben came along she took an interest in all their achievements and was there to support when needed.

Valerie, Colin and the girls moved to Canvey Island where other members of her family still live.  Val’s life wasn’t easy as Colin was unwell, and she  had a variety of jobs;  in a supermarket café, cleaning chalets at the local holiday camp, at the Matchbox toy factory in Rochford, and at a Canvey nursery.  Later,  Val joined the Civil Service and won promotion to Executive Officer level. Her marriage over,  she met Craig.

Val was a key member of Liberace’s fan club and met him a couple of times.    When retired, she got involved in community life and researched her and Craig’s family history. She took special pride in one ancestor, Charles Cope, who had a role in measuring longitude in the late 18th century,  when clocks and watches were essential for ship navigation. Cope’s regulators helped to keep other clocks to time; one of them is on display in the Science Museum.

Val was a member of the local archaeological group AGES and the Maldon archaeology group, and took part in digs at Tollesbury on a Roman Cemetery and at Edwin’s Hall in Woodham Ferrers where a medieval wall was excavated.    She was one of the editors of the Hadleigh & Thundersley Community Archive and led research on local soldiers lost in the First and Second World Wars and into the life of  William Evans who survived the Crimean War, later retired from the Royal Navy and worked in London for the Port Of London Authority. After his final retirement he  moved to Hadleigh and now rests in the London Road side of the St James the Less graveyard.

Val and a group of friends and history enthusiasts took on the mammoth task of going through the graveyard here at St James, to record details of the well over 800 graves.  This work is part of Val’s legacy to us here at St James. When searchers call – ‘we’re in the graveyard looking for great aunt Ethel or my great grandparents’ – we can now locate the grave on the map and reunite people with their ancestors, a really moving occasion.

Val wrote Hadleigh Heritage’s ‘Grave Revelations’ with Sandra Harvey and contributed to the ‘History of Hadleigh’ with additional work on local artist Leonard Doust and Renee Lawton Browne, a pioneer in the field of education and support for children with dyslexia.

Valerie kept fit by visiting the gym and enjoyed family holidays in the Lake District with day-long walks based in Keswick.  Later, she visited family in Canada and made three trips to Australia.  Her last big trip was about 5 years ago to New Zealand and Australia. One of her favourite breaks was to the Forest of Dene and to Centre Parcs in Norfolk to spend time with her grandchildren.

Valerie became less well in the last few years of her life, facing up to illness bravely and without complaint or self-pity.     Val eventually succumbed to her illness on the 13th of May in Southend Hospital and Craig was with her.

Val was a strong person, very determined, brave, and resourceful, committed to doing her best for her family and being a support to anyone in trouble.  She had many, many friends from all walks of life because of her friendliness, generosity, and kindness. Her friendliness, generosity and kindness won friends from all walks of life.
She was interested in many aspects of life and never did anything half-heartedly, pursuing knowledge and reading widely.  She would rather give than receive.  Family was so important to her, children and grandchildren of course, but also her mother, looking after her in her old age. Val always enjoyed family occasions.
Despite some early struggles Val was a happy person and believed in sharing that happiness as much as she could.  She will be missed by many people.

{Ed: we are grateful to The Rev’d Ruth Cartwright for making the eulogy available}