One of Hadleigh's Unsung Heroes 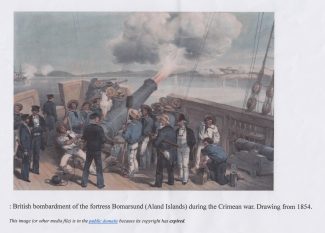 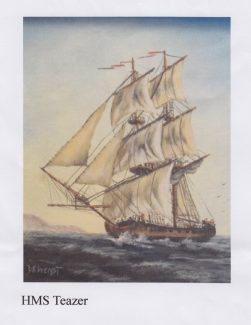 zoom
William Evans was a "boy, second class" on this, his second ship 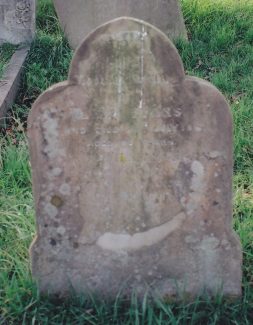 In the churchyard of St James the Less, near the railing that runs beside the busy A13, is the grave of William John Evans. In the summer of 2010, I was transcribing the memorials, when a badly weathered sandstone memorial caught my attention. It was dedicated to Eliza Evans and her husband William. His age and date of death were no longer visible but I was able to make out the final line which read “Crimean Veteran.” This intrigued me and I decided to try to discover something about his life.

With the help of Karen Bowman and the London parish registers, some census returns, an obituary in the Southend Standard Recorder and some documents from The National Archives,  I was able to put together this much of his story.

He was born on the 23rd of February 1832 in Walworth (at that time in the county of Surrey) to Thomas and Jemima Evans. Thomas was a cooper by trade.  William was later baptised jointly with his brother Thomas Francis on February 12th 1834 at St Mary Newington. The family were then living at Bridge Cottage, Walworth.

At some point in his life Thomas Evans senior had been the victim of a “press gang” and served some time at sea. This must have inspired young William as, on the 12th April 1848 at age sixteen, he signed on as a Boy 2nd class, on HMS Fisgard for a voyage lasting six months.  Prior to 1853 the Royal Navy recruited its crew on a “hire and fire” basis, employment lasting only for the length of a voyage. William followed this up with two voyages on HMS Teazer.  It was during this time, while his ship was patrolling the West African coast that a dhow carrying 600 slaves was captured.  As a boy rating, William’s share of the prize money was £10/10s/- {£10.50p}, this sum would have paid a craftsman’s wages for five weeks, (or £614 in today’s money). When William reached eighteen in February 1850 he was promoted to Ordinary Seaman. The next few years saw William on HMS Volcano which he joined 28th September 1850 to 30th January 1854, and on each of his voyages his conduct was always “good” or “very good.”  In 1853 he was entered for “Continuous and General Service” (C.S.) and the period for which he volunteered was seven years.  His registered number was 7525 and his description was given as, height 5ft 7ins, with light brown hair, a fair complexion and grey eyes. His certificate was dated 1st November 1853 and he was described as “of perfectly sound healthy constitution, free from all physical malformation, active, and intelligent; and consider him in all respects fit for Her Majesty’s Service”.  He then had a short six week journey on his first ship HMS Fisgard before signing up for HMS Lightning on 17th March 1854. By this time Britain was involved in the Crimean War, a bitter struggle between Russia and Turkey.  In early June, barely three months after he joined the Lightning, a 6th rate, eighteen gunner, he joined HMS Driver, also with eighteen guns, in the Baltic Sea and was surveying a Russian built fortress on the Aland  Islands.  Later that month the stronghold was to be destroyed by an Anglo-French task force who, after a weeks’ fighting in the Battle of Borosund destroyed the fort completely.

William was also aboard the Lightning when it, along with Imperieuse, Magicine and Bulldog reconnoitred the Russian fleet and batteries at Cronstadt, Russia’s primary fortified sea-port with the Arrogant and Desperate in reserve.

William’s naval career was to see him serve in the final battle of the Crimean war, namely Sevastapol where he was awarded three medals with clasps.

William is later to be found at St Marylebone Church on the 7th August 1859, where he married Eliza Walden, daughter of John Walden, a bricklayer.  There were no children of this marriage and they were together for 57 years until her death on the 26th July 1917, when she was 80 years old.

Prior to his marriage to Eliza, William must have decided to give up his life at sea and settle for a life as a land lubber, for he left the navy and entered service with the Thames Conservancy on the 27th June 1859, just a few weeks before his marriage.  He first worked as a Pierman on the Surrey side for £1/4s/- {£1.20p} per week.  This was increased to £1/10s/- {£1.50p} per week in December 1864 when he became Piermaster.  During this time William and Eliza were living in Chiltern Street, Rotherhithe and remained there after his retirement on the 22nd October 1900.

By 1911, William and Eliza had moved to 1 Meadow Road, Hadleigh.  After Eliza’s death, William remained at that address until his own death on the 30th December 1920.  He was buried on the 5th January 1921 and the service was carried out by the Reverend Adamson. The only family to attend his funeral was his niece Mrs Crawford and her two children.  Others attending were Mr J. Williams, Mr H.J.Robinson, Mrs Morrison and Mrs Snow.  Mrs Crawford had asked the Admiralty if the funeral could take place with Naval honours.  She was informed that “the deceased was not entitled to a naval funeral at the country’s expense, but that would have been accorded if her uncle had served during the last war.”  It seems nothing changes.

Sadly, his only memorial is a crumbling headstone, which has eroded even further due to the severe winter of 2010.