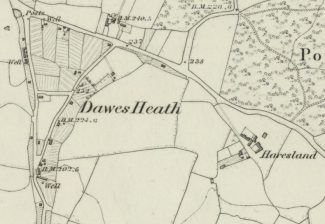 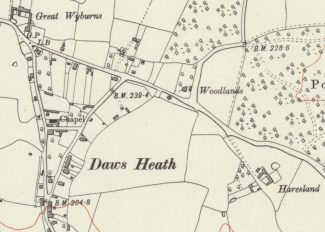 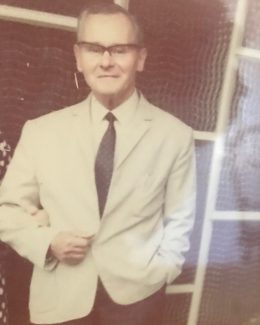 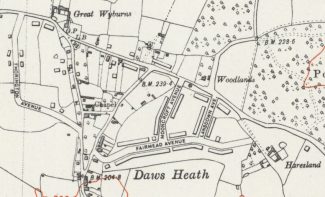 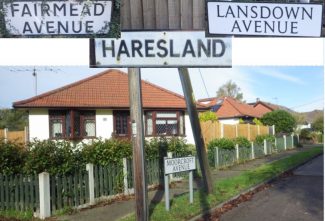 zoom
Typical Bungalows in Moorcroft Avenue on the Haresland Estate 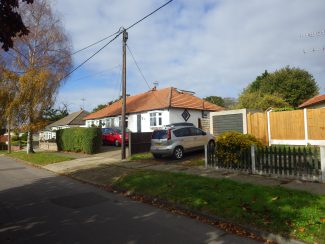 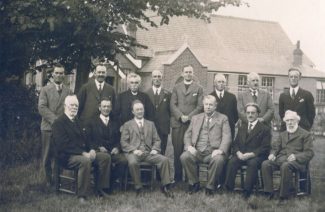 zoom
Rev C Lansdown in 1929 with W Carruthers top left, Mr Choppen to his right and and Lawson Carruthers in front of Mr Choppen
M Brown 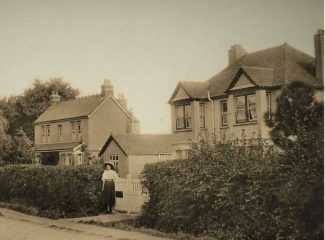 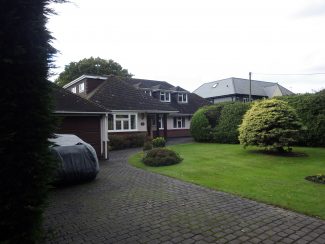 This article has been written based mostly on the collective memories kindly provided to the Archive by David Carruthers (now 94 in 2020 and living near Exeter) and by his sister Jean de Jong, who now lives in the USA.

Cast your mind back to the 1920s and imagine a Daws Heath without any estate east of Daws Heath Road (and where the Haresland Estate stands today). Daws Heath then consisted mostly of scattered farms and Victorian cottages joined by unmade roads.

A number of builders created much of what we recognise as Daws Heath from the 1920s onwards. Little is known of the earlier builders in the area, so please tell us if you know who built your Daws Heath house.

David and Jean’s grandfather, William John Carruthers, moved his wife, Charlotte, and family from Islington to Southend sometime in the first decade of the 20th century and they appear on the 1911 census at Oswald House, Tunbridge Road, Prittlewell. Their son, William Lawson Carruthers, was the eldest of three brothers.

The Carruthers involvement with Daws Heath started when William John Carruthers and Harry Hall (Charlotte’s stepfather and an estate agent in Southend) purchased Haresland Farm at an auction in Wickford in 1922 and sold the farmland to his son William Lawson Carruthers to develop the estate in plots.

William Lawson Carruthers, born in Islington in 1900, had become a Master Builder after the First World War and started his business by building a number of properties in Southchurch, Southend.

The Haresland Farm outbuildings were used by William Lawson and his brother Harry who joined the firm W & H L Carruthers.  Some of the farm buildings were also used for cows owned by Mr Clark who rented the fields. Mr Clark had a milk-round all over the Heath.

The Haresland farmhouse was very old;  a family called White lived there, renting it and the land from Carruthers.

William Lawson Carruthers built Windyridge on the west side of the entrance road to the Haresland farmyard as the first property in what was to become Haresland Close before marrying Constance (née Moss) in 1924 and they moved in. It was very isolated before the estate was built. At the time, they were one of the few car owners! (He also built an identical house to Windyridge at the back of Badger Hall, Kiln Road, for one of Dr Littlejohn’s daughters. They were close friends).

Constance’s youngest brother, Alan Moss, was apprenticed to, and then employed by, Carruthers as a carpenter and joiner.  In those days carpenters and joiners made all the doors and windows for the bungalows. (After the war Alan started his own building business and built most of the properties in Haresland Close).

When the surrounding estate was planned in 1927 it was called the Haresland Garden Estate and when built it included the streets  Fairmead, Moorcroft and Lansdowne Avenues. (Haresland Close itself was a later development, but the estate was all built on Haresland farmland).

The 1927 plans for the Haresland Estate that Carruthers built are in the Essex Record Office ref: (O D/UBe 2/1E/4). He also built a bungalow in Thorington Avenue (and that plan is D/UBe 2/1/233). He probably built more houses in Daws Heath.

As a matter of interest, Lansdown Avenue was named after the minister of Hadleigh Congregational Church (now URC) where William Lawson Carruthers was the organist.

David’s grandmother was Miss Moorcroft and Moorcroft Avenue was named in her honour. When the older generation, William John Carruthers and his wife, lived in what was (until demolished and rebuilt as two new houses in 2019) a large double fronted house at 106 Rectory Road opposite what is now the cricket ground, they also named that ‘Moorcroft’. They finally moved to the first bungalow to be built opposite the end of Pound Wood (at 122 Bramble Road). Another Moorcroft!

After William John died in 1938, Charlotte Carruthers lived  exactly opposite the tip of the Triangle and slightly back from the road and next to the old cottage where there was a bakery run by Mr Smith. (Jean remembers people being able to take their turkeys, etc to cook there in the large oven at Xmas and she remember going there with her father to get theirs!).

The 1939 Register confirms that William Lawson Carruthers, a Building Contractor, was living at Windyridge, Bramble Road with his wife and children, David and Jean. (Windyridge is now 2 Haresland Close. The house has had major changes since the Carruthers lived there).

The war prevented further development and the remaining land become Green Belt. It was let to a local dairy farmer, Mr Clark of Poors Lane. (David has a vivid memory of helping the farmer at harvest stooking the hay and climbing the haystacks!). Eventually the farm lane was given planning permission and Haresland Close was built on the site. [Some less countrified readers, such as me, might like to know that a “stook” (also referred to as a “shock” or “stack”) is an arrangement of sheaves of cut grain-stalks placed so as to keep the grain-heads off the ground while still in the field and prior to collection for threshing – Ed].

Eventually, the Bramble Road office was sold to David and Jean’s cousin Peter and he built a house on it, so that’s another local builder.

David and Jean inherited the remaining land and let it to Peter Grigg a local farmer. Peter Grigg and David were boyhood friends and he remembers playing with him on his father’s farm near the triangle. They lived near the Peculiar People’s Chapel, now the Evangelical Church. The Grigg family were many in number in Daws Heath.

[The Archive would be more than interested to know who built your house in Daws Heath. Was it Carruthers, when and where was it built? If you have this information or can find it in your deeds, please add a comment below -Ed] .