A Place for Vagrants and Vagabonds 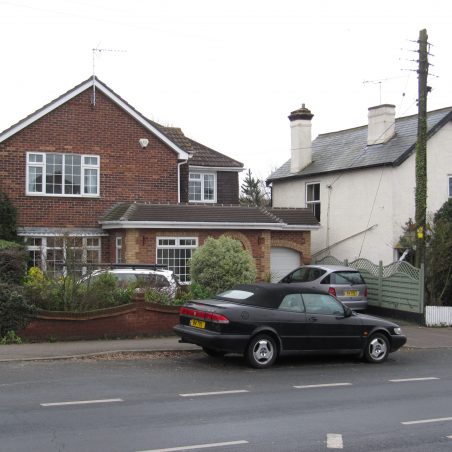 This house is built on the site of the Peculiar People's Chapel. 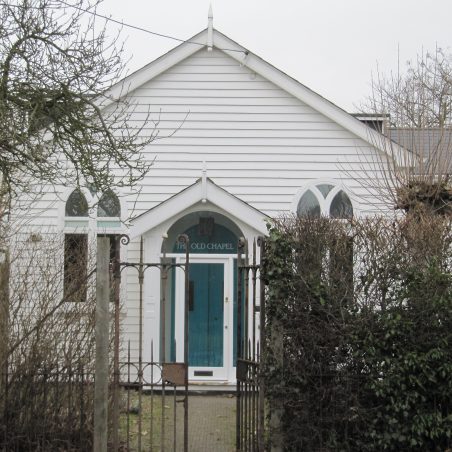 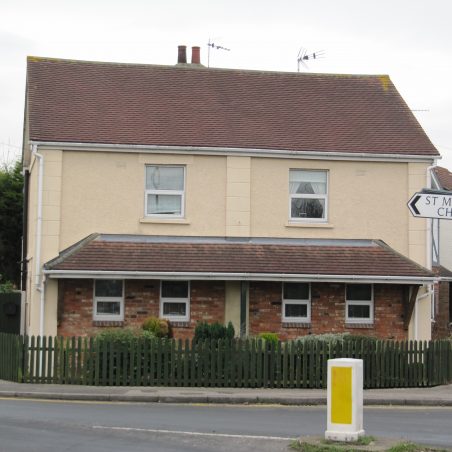 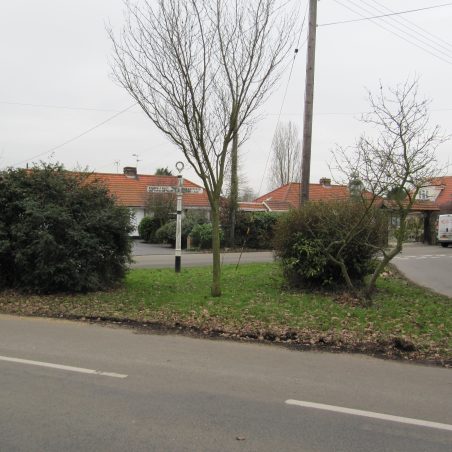 The triangle at the top of St Michaels Road. 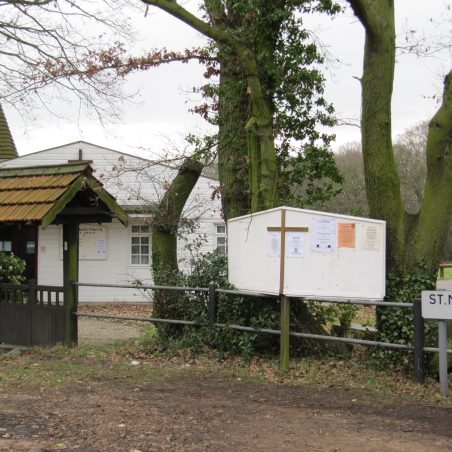 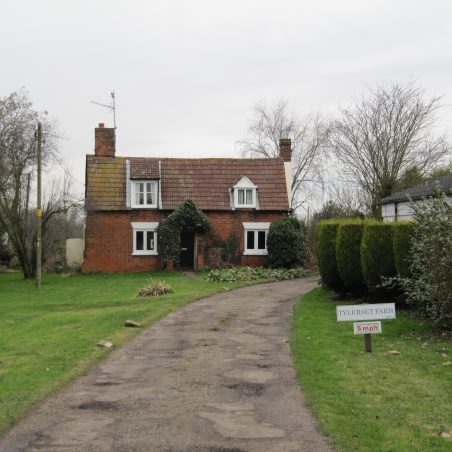 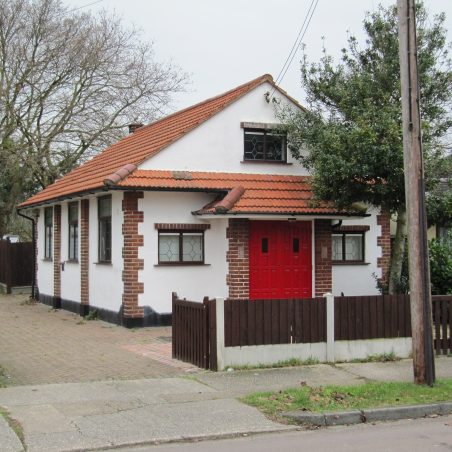 Morecroft Hall in use as a dance studio 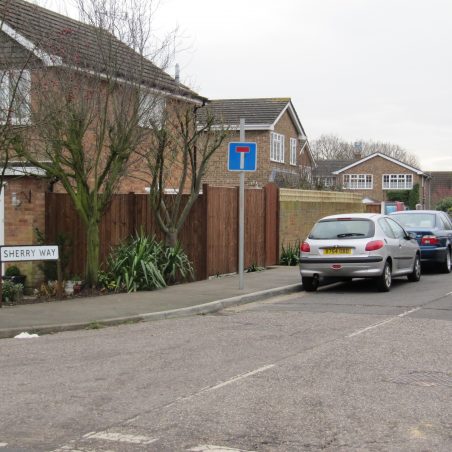 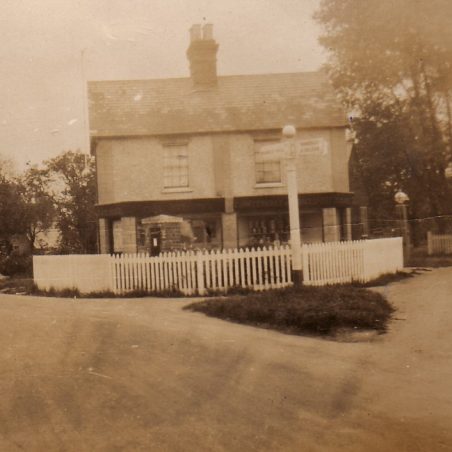 Clarks Corner Off Licence, garage to the right. 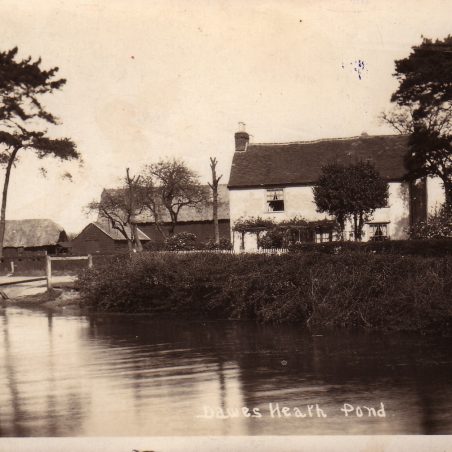 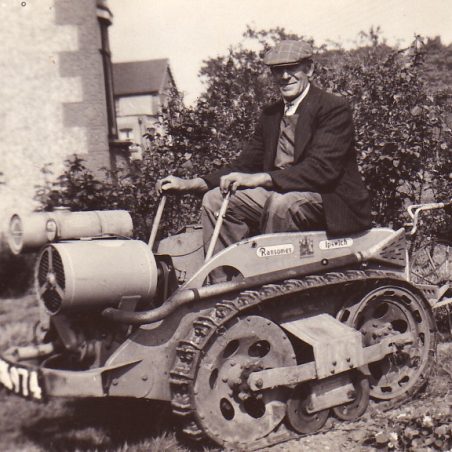 Jack Felton with his tractor 1946. 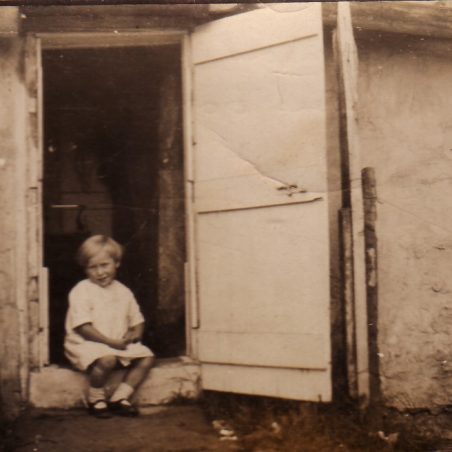 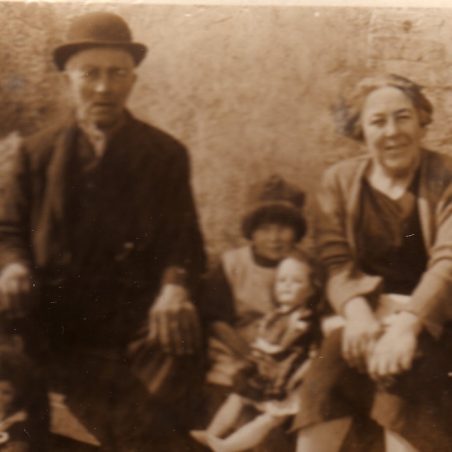 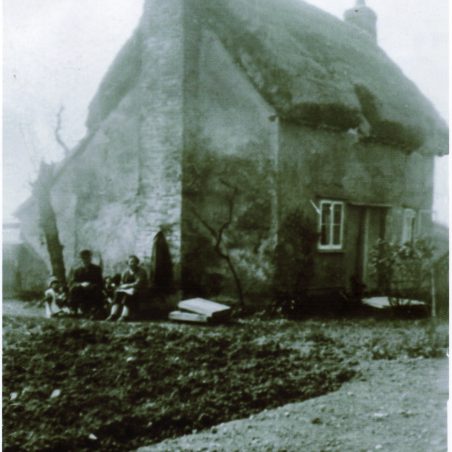 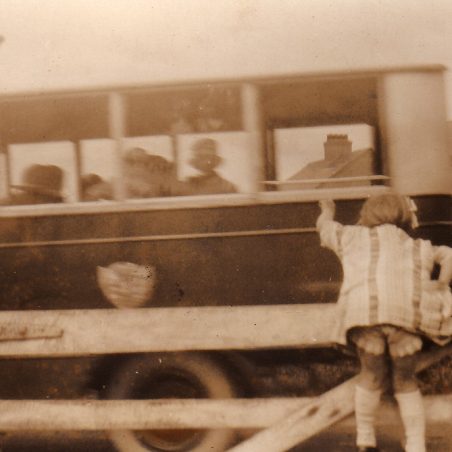 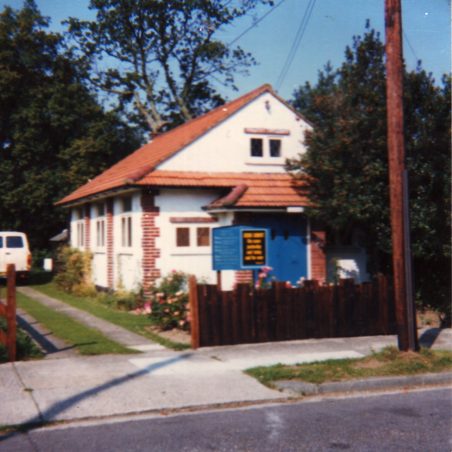 Morecroft Hall as a Church. 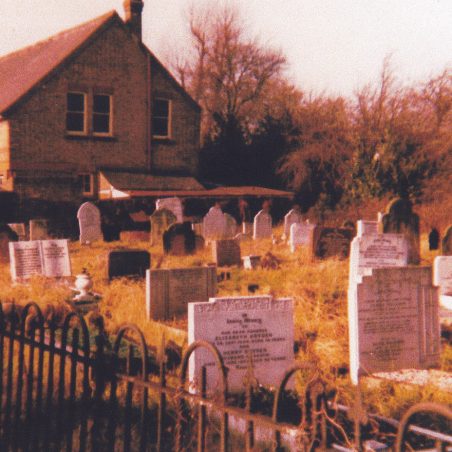 The rear of the Western Road Chapel viewed from the graveyard.

Text in this article includes material from “Daws Heath, A Place for Vagrants and Vagabonds” by Mr R Burgess and we acknowledge with grateful thanks the author’s permission to publish extracts here.

Daws Heath was once a remote and forbidding place; the haunt of smugglers and thieves during the mid-late 19th century. Its proximity to Hadleigh was a major factor in the creation of a ‘smuggler’s paradise.’ The fishing port of Leigh-on-Sea and the creek between the mainland and Canvey Island offered good landing spots for smugglers. They would recover their contraband at the foot of the hill below Hadleigh Castle, take the goods up Castle Lane and through Hadleigh to the wild wastes of Daws Heath.

This outline of Daws Heath should be considered when looking into the local Church history.

Centuries before this point, a thriving woodland industry had been in action. We know today of woods such as Pound Wood. The wood charcoal produced was noted for its quality and was used in the manufacture of gunpowder. Great cartloads would have been conveyed by horse-drawn carriage to London and there is evidence that this usage of woodland resource dates from the Tudor period.

At the turn of the twentieth century the land at the corner of St Michael’s Road and Bramble Road lay as uncultivated wasteland. The area extended around the junction of Daws Heath Road near to the spot where Mr & Mrs West now live and not far from the public telephone box. The land was used for storage of wood by a Mr Bridge, who was a resident in Daws Heath Road and Mr Felton who was a bricklayer.

Subsequently the wealthy Mitchell family arrived from East London who fenced off this whole area and claimed the land for themselves, building a large house which is still standing on the corner.

There is an area which was known as ‘The Plantation’ which is land opposite the Daws Heath wood yard and was used for livestock and is next to the third Church of the Peculiar People.

Church life in Daws Heath originated with The Peculiar People movement. It was founded in 1837-8 by James Banyard who was born in 1800 and came from Rochford. He was a drunkard who converted to religion as a Wesleyan and went on to found the movement. We can refer to scripture for the derivation of their name. Deuteronomy 14v 2, … and the Lord hath chosen thee to be a peculiar people unto himself’ means the members are specially chosen. There is also a reference in the New Testament, 1 Peter 2 v 9.

The Peculiar People –  a sect, was principally confined to membership in Essex and with Daws Heath found to be of ‘evil repute’  as mentioned earlier, the missionary zeal and industry of these people transformed it into one of the most prosperous agricultural communities in the county.

The downfall in the movement seems to have stemmed from disagreement in the ranks. They believed in Divine Healing, not to be confused with ‘The Healing Ministry.’

For example, when a member fell ill, you were not allowed to call a doctor. The illness must run its course even if that meant death. The founder of the movement flouted these rules when his own son fell ill, he called a doctor and was soon ousted from the movement. Bishop Samuel Harrod took over the leadership, but he too was forced out due to allegations of an association with a married woman in his congregation.

Bishop Harrod was replaced by Daniel Tansley. He died in 1897 and Harrod in 1898 and the organisation broke up into a number of factions, reuniting in 1913.

In 1956, the Peculiar People joined the Union of Independent Evangelical Churches. The Western Road chapel was pulled down in 1976 with the fourth and final building being erected. As part of the Church establishment there is a graveyard but there are rarely funerals or burials today. Only those affiliated to the Peculiar movement are buried there and those who fell outside this group attended St Peter’s Church and would be buried there. The graveyard is partitioned by an alleyway between Daws Heath Road and Western Road. It used to be kept immaculate with access by funeral hearses by Stibbards in Hadleigh, but now it has run wild.

In 1980, at the top of St Michael’s Road, the Church Hall of St Michael’s was constructed but the Church itself was erected soon after the end of WW1. This church is still very active and many fund raising events are happening to raise the necessary funds for a new Church.

Another small church known as Daws Heath Congregational Church was situated in Morecroft Avenue, little is known about this tiny chapel but it was built by a Mr Caruthers.  He owned a building company and was responsible for the construction of houses built in the 1950’s in Fairmead Avenue and surrounding roads. The building has recently been used for dance classes and now converted to a private residential use, in March 2011 it now has been pulled down for redevelopment.

Several suicides occurred in Daws Heath, these sorry individuals and vagrants without religion or family were not allowed to receive a Christian burial. It is said that several such people are buried in the triangle in the road outside St Michael’s with another site at the junction of Daws Heath Road and Western Road. This folklore has been supported by local residents over many years including ghostly sightings.
The road called Sherry Way was once a slaughter house for pigs with residents at one time digging up bones and mistakenly thinking they were human.

Text in this article includes material from “Daws Heath, A Place for Vagrants and Vagabonds” by Mr R Burgess and we acknowledge with grateful thanks the author’s permission to publish extracts here.