You are here: HomenextMain SubjectsnextPlacesnextDo You Know of a Plotlands Railway Carriage at Borrowdale Road Thundersley?

Do You Know of a Plotlands Railway Carriage at Borrowdale Road Thundersley? 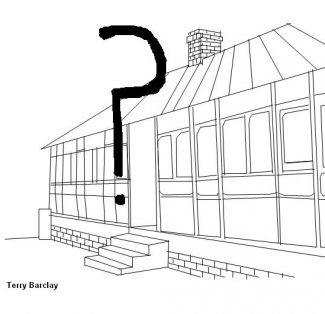 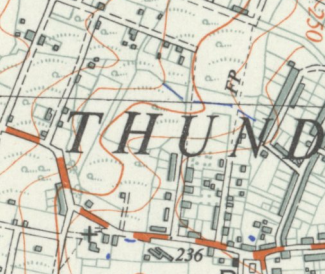 zoom
In this 1937-1955 OS Map, Borrowdale Road runs down from the "U" of Thundersley
'Reproduced with the permission of the National Library of Scotland' See https://maps.nls.uk/index.html

Ages Archaeological and Historical Association, as the local community archaeology group, had this question put to us, among others, by the owner of local scrubland.

Today, if you enter Borrowdale Road from its southern Church Road end, you will pass modern housing and where the normal road ends and dips suddenly down over the edge of the Thundersley ridge, the line of the road is blocked by the metal gate to the compound of a water company pumping station.

There is no obvious right of way, road or track to the north of this and no footpath until the road can be picked up again to the north of its junction with Thirlmere Road and Grandview Drive where Borrowdale Road then reappears as an unmade road eventually turning east into Crossfell Road which runs up the ridge again towards The Common.

On earlier Ordnance Survey maps, there appears to be a track between the two separate ends of the road, although there now seems to be little trace that the whole of this middle section ever existed.

One clue, near to the pumping station, may be the existence, on what may have been the eastern edge of an old track, of two mature wild black poplar trees. Ages AHA has estimated from the girth of the trees that they are about 150 to 250 years old.

In 2012, Ages AHA surveyed the adjoining field to confirm the existence of a modern well about 15m to the east. This had apparently been backfilled for safety by a previous occupier using household refuse and soil from the surrounding ground.

To go with this was a rumour of a man living in a converted railway carriage on the same site in the 20th century.

It is known that the middle part (now disappeared) of Borrowdale Road was advertised in a sale document in the 1930s as a number of separate plots situated both east and west of the road, but there is no sign that they were ever developed.

This is consistent with the development of the Dunton Plotlands in the 1930s and some that are believed to have been locally lived in on the west side of the hill below St Peters church.

However, little further evidence could be found of any railway carriage ever being used on this site although it was interesting to speculate as how such a carriage could have been brought the 2 miles from the nearest railway and down the steep slope to put it in position.

Maps from the 1930s and 1950s do show a rectangular structure on site which has since been removed, but one local resident remembers this as a brick built cottage in the late 1940s.

Could this have been a brick plinth fitted around a railway carriage? If you have any memory of this dwelling or any other plotland use in this area, we would like to know.

What we were able to find were the remains from nearby occupation debris from the 1950s or 1960s, including pieces of an Eiffel Tower Lemonade crystals bottle dating from the time when lemonade was made by adding water to the crystals rather than buying it ready made as we would these days.

In 2013, we are hoping to survey the site further as there is one other unanswered question. What are all the chunky lumps of concrete and other masonry scattered over the field? They are so thick as to indicate a possible association with Second World War defences, but the lack of any apparent reinforcement appears to go against this theory and, so far, the Ministry of Defence has said that it has no record of any such installation in the locality.

It may be that this is just dumped demolition waste from something like home made shelters from that period or perhaps from rough commercial buildings such as used in agriculture, but the enquiry goes on.

Again, if you have any information in this respect, please send in your comments so that we can perhaps reveal a little more of the apparently “lost” history of this area of Thundersley.

In November 2016, Grace Baumann commented on another article, “Hi, do you remember an orchard in *Barrowdale Road (or similar name) [Ed: *probably “Borrowdale Road”]. My mum’s parents rented a 2 acre orchard from 1940 until 1943 after the street where they lived in Bow was bombed in the first night of the blitz. My Aunty remembers that it was a dirt road/track.” The map above shows the situation at 1937-1955 with the only trees shown roughly on the site where the railway carriage was thought to stand.