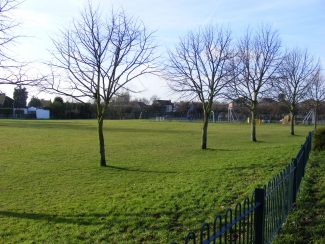 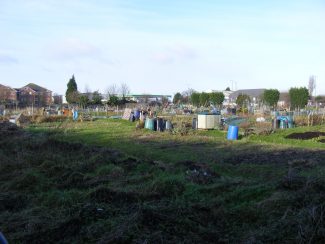 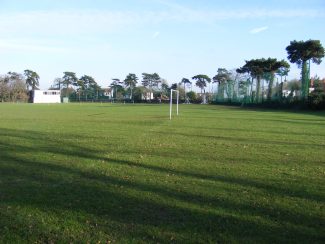 Hadleigh Common once covered 47 acres, stretching from Victoria House Corner to Rectory Road. In 1852 the Common was enclosed. The ancient rights disappeared overnight. Local landowners who especially benefited were Lady Olivia Sparrow and Jonathan Wood.
A mere five acres was left for public use on the south side of the “Caussie” or Causeway.
[The stretch of road, now part of the A13, between Chapel Lane and Victoria House Corner was called the Causeway because of its raised nature.]

Two of the five acres were named the Recreation Ground and the other three acres were reserved for the “Labouring Poor”. They both survive today as recreation ground and allotments.

Jonathan Wood, gentleman farmer living at Solbys, acquired most of the common land to the north of what is now New Road, including what became the cricket ground.
A later owner of Solbys, J.H. Burrows, (see “People” on this website)  gave that part of the former common to the use of local cricketers. In 1936 Benfleet Urban District Council bought Solbys. The grounds then became the John Burrows Recreation Ground so that a sizeable piece of what was once Hadleigh Common was returned to public use.
In January 1946 the rival cricket clubs of Hadleigh and Thundersley amalgamated to form the Hadleigh and Thundersley Cricket Club who have played at John Burrows since that date.

The former extent of Hadleigh Common and its dominance of a small village may perhaps be gauged by the sale catalogue blurb when Solbys was up for sale in 1816, “Facing south on an eminence with views of the River Thames and shipping”.
I suspect that today you would be hard pressed to see the Thames from anywhere north of the A13 in the village of Hadleigh.