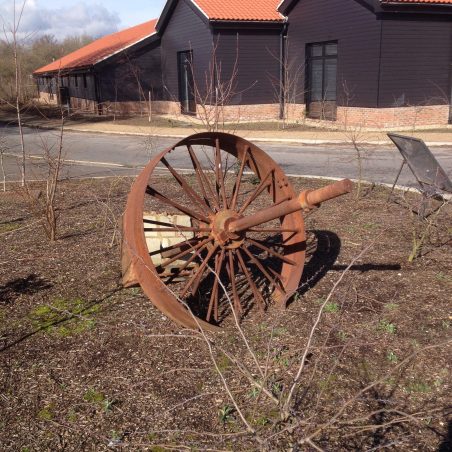 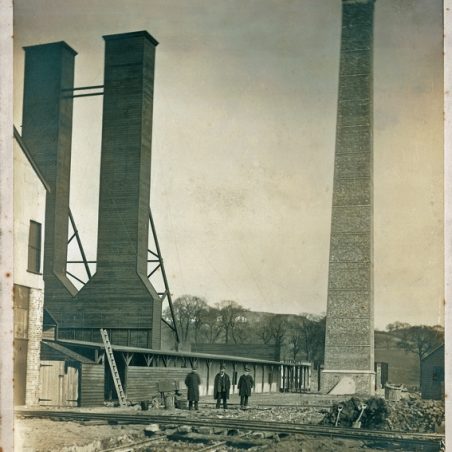 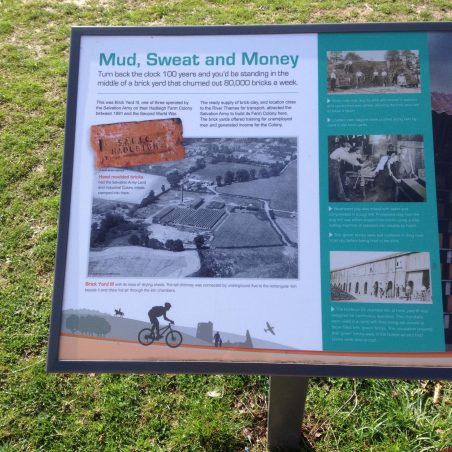 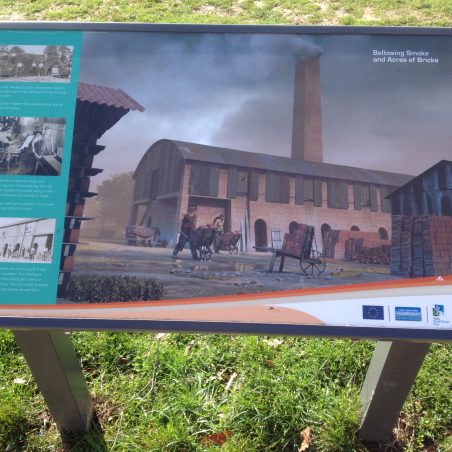 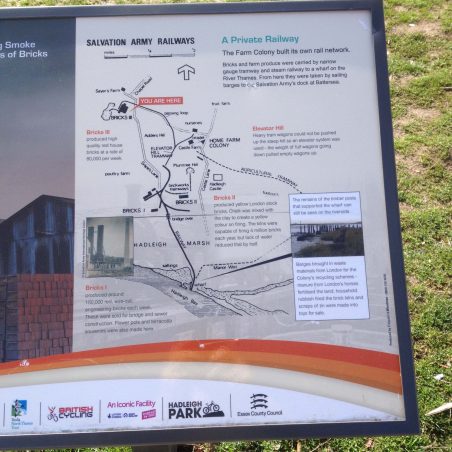 Spring unexpectedly started 9th March 2017 and a walk to the Hub let us appreciate the fabulous view past the camera obscura across the Estuary.  We found the rusty wheel as one of the few signs that there had ever been a major industrial site in Hadleigh Park.
The FPW interpretation panel helps explain the history of the site, now buried in the past,  through the panel’s text summaries and pictures of how life might have looked a century ago.

The brickwork chimneys would have dominated the view.   A few remains of The Salvation Army Railway Track shown on the panel have been found – click here for more details  – and there are other relevant pages on this site, highlighted below.

There is an illustrated talk Saturday 18th March 2017  in the Hadleigh Heritage series;   “The History of Hadleigh’s Salvation Army Colony and Farm”  in St James the Less Church.

The gallery includes views of the interpretation panel near the Visitor Centre in Hadleigh Park. Here is a link to the company that made the panel.
Here are two of the other reports about the unfolding story of how the Salvation Army colony has responded to change whilst still holding its core values.
The Salvation Army Colony: A Vision Reborn

The Brickworks Bridge on Hadleigh Marsh