Is it a reservoir?

Down near the Hub 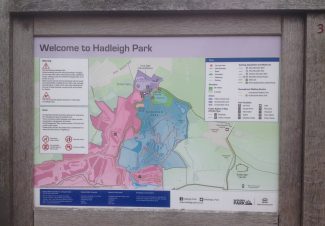 zoom
A detailed map near the Hub
NT 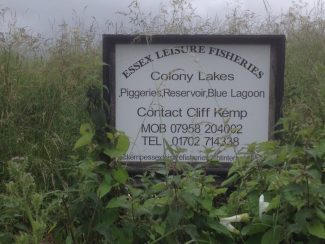 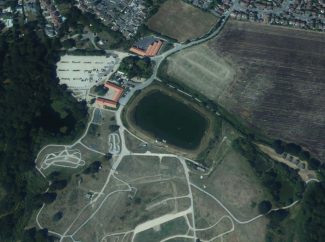 I was wondering, when was the reservoir built in the country park and did it/does it supply water to anywhere, making it a reservoir in the true sense?

{Ed: this is being transferred from “Contact us” to the “Places” category.}

Editorial Views:
One of our editors is of the opinion that the large rectangular, open, raised reservoir just south of Piggery Lane, near Sayers Farm at the end of Chapel Lane is not so very old.

It must have been commissioned during Farmer Peter Howard’s tenure, for farm use only. The wartime gun emplacements and most of the other military buildings were buried at about the same time.

He recalls that “as a child in the late 60s we spent a good deal of our leisure time down on the Salvation Army farmland, often fishing the Blue Lagoon (the old clay quarry behind Sayers).
A quarter of a mile to the east, the older Piggery Ponds (a less popular haunt), were fed by a weak stream that flowed east from Sayers (where there was another very overgrown and darkly wooded farm pond).     The reservoir is built over this watercourse.
Presumably there must be an artesian well nearby and a pump? “

“Water was always a scare commodity on the so-called “Hadleigh Bad Lands” and the Salvation Army colonists laboured ingeniously to erect a few wind pumps to draw the water up. The last of these standing was the one at Park Farm and many folk will recall its picturesque vanes from the 1950s silhouetted against the afternoon sun, viewed from the London Road – reminiscent of old cowboy films.

Incidentally, the ancient ‘Snipes Lane’ which ran from Chapel Lane to the marshes was diverted when the reservoir was built, and diverted again when the mountain bike course was opened in 2012.”