You are here: HomenextMain SubjectsnextPlacesnextThundersleynextMemories of King's Cottage on Thundersley Common 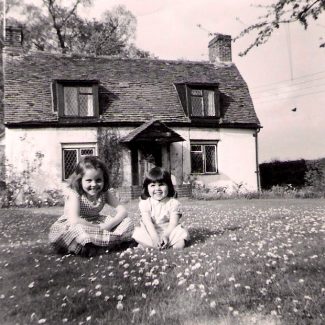 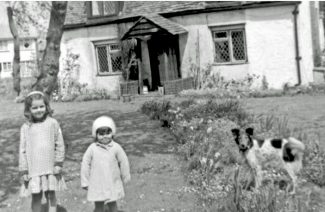 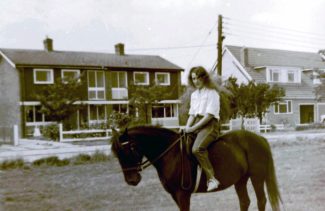 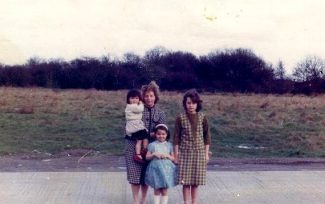 zoom
The Lindoe Family on the Common
Alison Lindoe 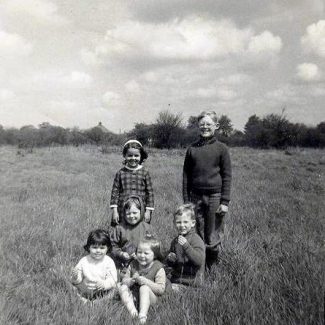 zoom
Group of Children on The Common c 1964
Alison Lindoe 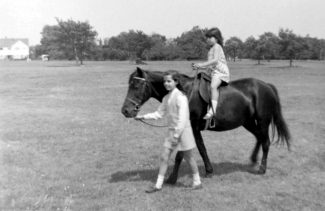 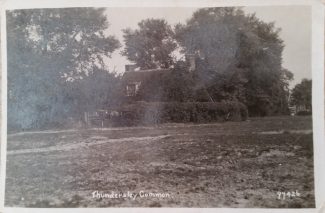 King’s Cottage is part of local folklore, but all may not be quite as it first seems. The rumour is that the original King’s Cottage was once an inn and Tom King, a contemporary of highwayman Dick Turpin, lived there.

Unfortunately, there appears to be no supporting evidence for this claim.

The King’s Cottage that stands on the Common now is a rebuild of the original occupied by Mrs Rose in the 1960s.

Alison Lindoe lived next door to King’s Cottage with her older sisters, Sandy and Elaine, from about 1964 and the cottage can be seen in their photo which shows the two youngest girls sitting on the lawn of the cottage.

One photo outside King’s Cottage shows Elaine (on the left) and Alison again, with their old dog Lassie.

Mrs Rose was lovely and would invite her neighbours round for a cuppa. Eventually Mrs Rose moved out when builders were going to redevelop the site.

The King’s Cottage grounds used to start where Brackenwood stands today and stretched down to the site of the current King’s Cottage.

(Brackenwood can be seen to the right hand side of Wansbeck and Sea Urchins in the late 1960s photo of the modern houses with Sandy Lindoe riding a pony).

In some respects, the Common appears to have changed little in the last 50 years.

The photograph of Alison’s mother with her three daughters was taken in about 1963.

The photo of the group of children sitting on The Common in about 1964 is from not long after Alison and her family moved  in and shows The Common when it was still quite wild and a great place to play and explore.

Elaine is leading Alison on the pony across the Common in about 1964.

In another article on this website in 2018, Michael Souter published a postcard given to him by Denise Davies and a comment asked if this could be Kings Cottage.

To add to the rumours of an earlier nefarious history, it is said that Mrs Rose was sure the house was haunted but was quite unfazed about it. She recalled seeing a lady in old fashioned dress regularly walking outside her kitchen window. (Alison says it is the only house she has ever visited which seemed to have a strange feel to it, but lovely all the same).

It had a very narrow, curved staircase, and Alison was sure the owner talked of a secret door which added to the intrigue.

It is perhaps more likely that the cottage got its name not through a notorious highwayman, but through a Mr King who lived on “The Common” at the time of the 1901 census. Charles King, a general dealer, lived with his wife, Emily, and 6 children (the first born in Thundersley being son, John, in 1896). They were still there in 1911 and with another son born, Reginald.

There is no trace of any King on Thundersley Common by the time of the 1939 Register. (Just to add to possible confusion in the records, by 1939, there was another “King’s Cottage” listed in Raymonds Drive!).

The Archive would be delighted to hear from anyone who could pin down exactly where the Kings lived. Was it indeed in King’s Cottage?