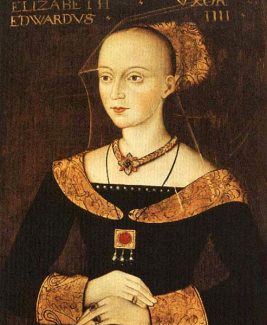 Edward III’s grandson, Richard II, made little use of the castle and, after his death in 1400, custodianship of the castle passed amongst a number of high-status owners during the 15th century . These included Richard II’s uncle, Edmund of Langley, Duke of York, and then his son Edward of Norwich, Duke of York, who was killed at Agincourt in 1415. Custodianship then passed to Henry IV’s son, Humphrey of Lancaster, Duke of Gloucester, who was married in the village church in about 1422. In the mid-15th century, it passed to Edmund Tudor, the Earl of Richmond and father of Henry VII.

The tradition of the castle forming part of the queen’s property was then reinstated and it was granted to Elizabeth Woodville, the wife of Edward IV. Henry VIII made no known use of the castle himself, but it formed part of the dower of three of his wives ~ Catherine of Aragon, Anne of Cleves, and Catherine Parr ~ and the castle’s parks were used as sources of timbers for his navy. Henry VIII died in 1547 and Catherine Parr in the following year. Until 1551, the castle remained in the possession of the crown ~ the new king being Henry’s son, Edward VI.