What Does Hadleigh Castle Mean To You?

A survey by the Community Archive - part of Hadleigh Art Trail, October 2011

Hadleigh & Thundersley Community Archive has an office in Hadleigh Old Fire Station (HOFS) Studio 13. As HOFS was going to be one of the venues for the Hadleigh Art Trail, we thought it would be good to get involved, so we opened our office to the general public during the Open Studios weekend, 8th-9th October. 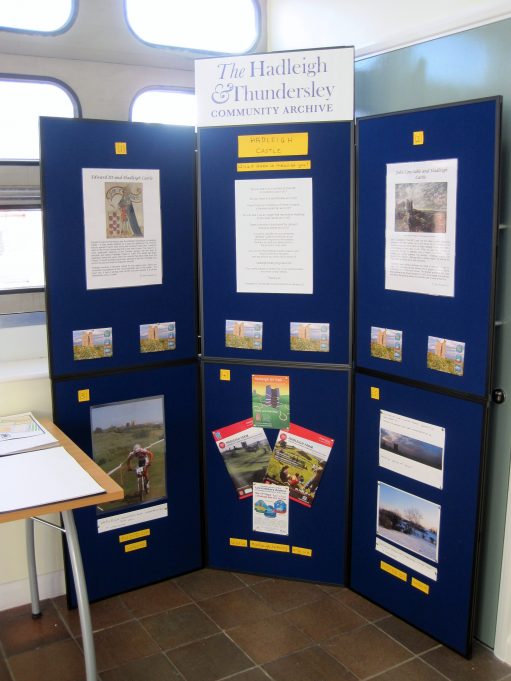 We also created a display in the Appliance Bay to stimulate opinion on “What does Hadleigh Castle means to you?”

To encourage people to think about the landmark we are all familiar with, we posed the following questions:

Do you see it as a symbol of strength?

Do you react to it emotionally?

Does it give you a feeling of home or place, a familiar backdrop?

Do you see it as an image that represents Hadleigh to the wider world?

Does it provide a focal point for nature’s changing scene?

As I collected the thoughts of people of all ages, on behalf of the Community Archive, I was impressed by just how immediate the responses were; everyone had an opinion or a tale to tell.

Below are the thoughts of children from Westwood Primary School, Hadleigh, who enjoyed an art workshop led by Marie Antoniou, at HOFS, on the afternoon of 7th October: 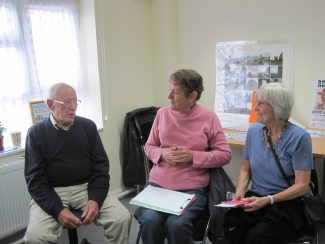 Here are some of the views expressed by visitors to our office at HOFS, during the Open Studios weekend:

See what guests at the Hadleigh Old Fire Station Open Studios launch on 6th October thought of the local landmark.