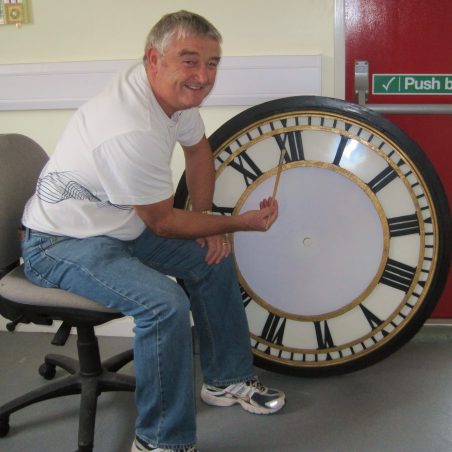 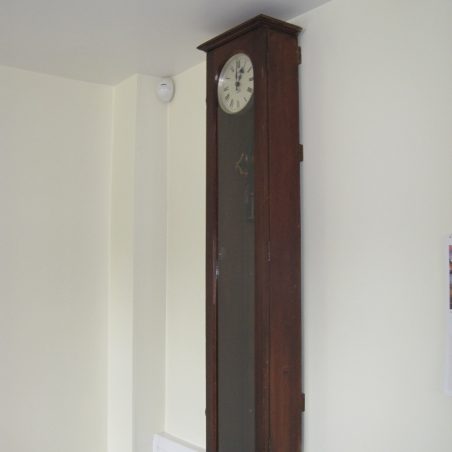 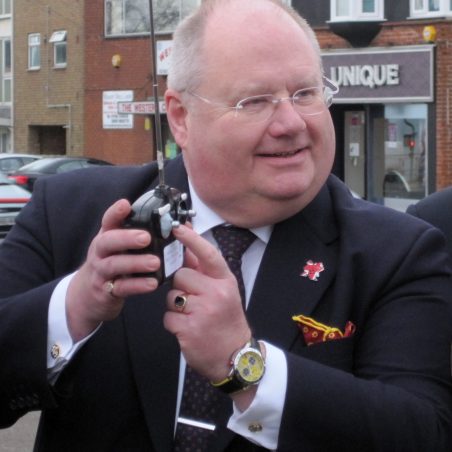 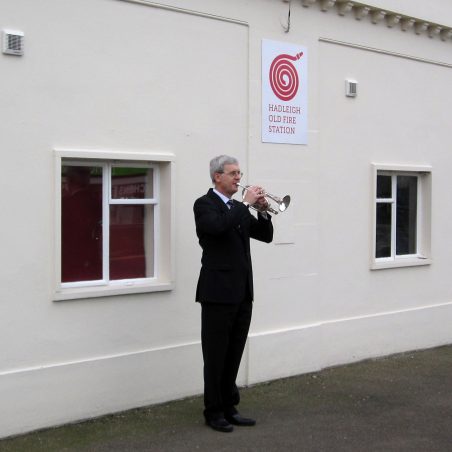 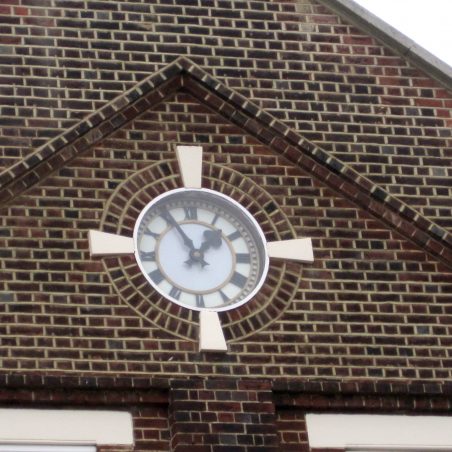 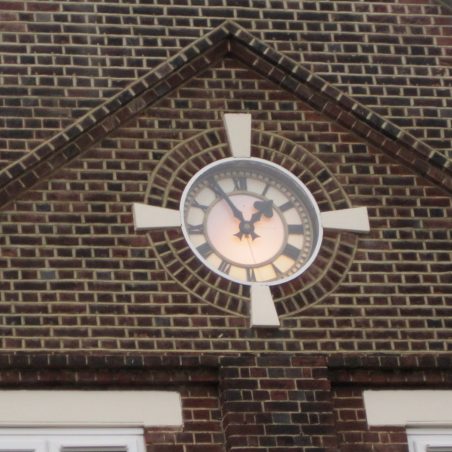 The Hadleigh fire station clock was originally supplied by Robert Arthur Jones MBE, Jeweller, and Freeman of Southend.  When Hadleigh fire station was decommissioned, and the fire-fighters moved with their equipment to a new base at Rayleigh Weir, they were afraid that the building would be demolished so they took the clock with them for safe-keeping.

On hearing that Councillor Stephen Castle and the 2012 Olympic Legacy Team were keen to restore the clock and that the fire station was to be preserved as a community space, they immediately returned it.

How then to proceed with the renovation of this complicated, but much-loved clock?  Derick Simpson was the man who had previously maintained the fire station clock.  When consulted about restoration, he felt that the use of an internal slave mechanism to govern the outside station clock was out-dated; expense was also a consideration.
So the slave was cleaned, restored, and made into a separate clock. It is now on display in the front office of Hadleigh Old Fire Station (HOFS).  The station clock now has its own electrified mechanism and can be illuminated at night.

The clock face was restored by Brian Hickey.  The station clock is now being maintained by Paul Williams of “IT’S ABOUT TIME” based in Chalkwell.

On January 9th, 2012 the clock was switched on by The Communities Secretary, Eric Pickles, accompanied by a Fanfare from David Hurrell!