Musings on Inns and Smithies

A Speculation encouraged by old Photos 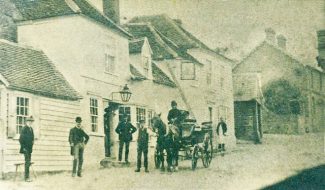 zoom
Hoy Inn before road widening. Between the Hoy and the now missing houses we can just glimpse the dark box of the smithy 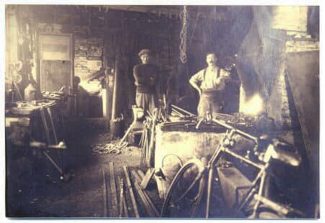 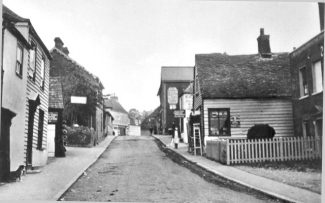 zoom
Another view of South Benfleet’s smithy adjoining the churchyard 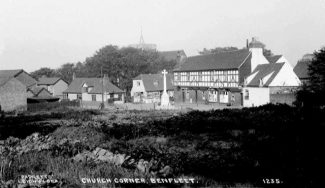 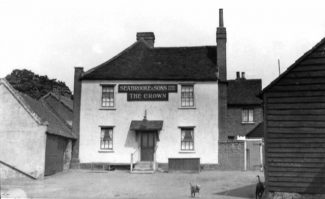 zoom
Might the Crown have had their own smithy?

zoom
The Crown stables (centre) made way for the road. 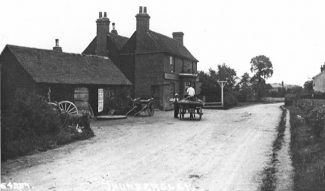 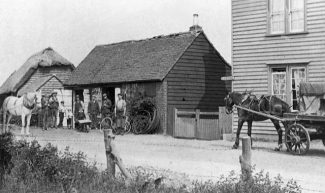 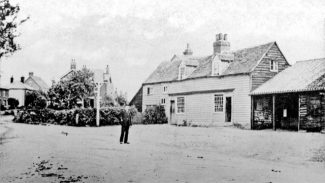 zoom
Woodman, Rayleigh Road; a smithy once, next door? 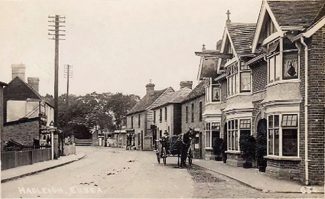 zoom
A smithy was opposite Hadleigh's Castle Hotel 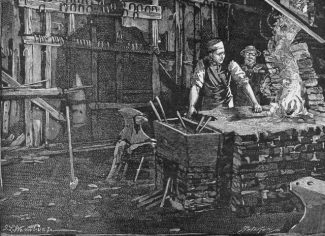 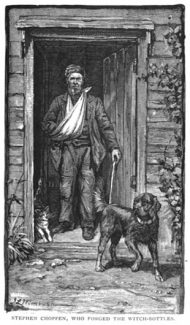 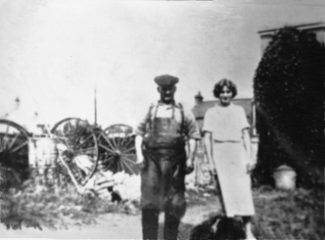 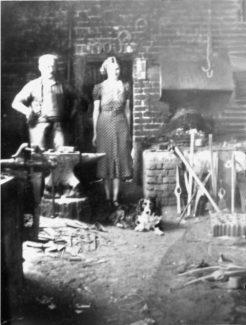 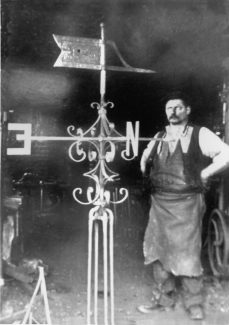 zoom
Blacksmith Bird, 1926 with weathervane for St. James the Less 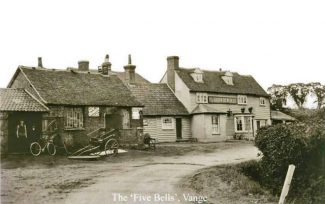 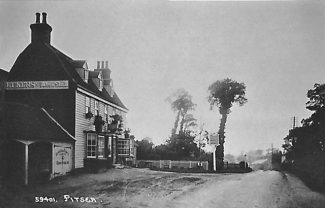 zoom
The Gun Inn, Pitsea with a smithy at its side?

It made sense, a lot of sense.

Pubs and smithies as neighbours.

Where today one stops to fill the car’s tank with petrol, one also expects to find sustenance, both solid and liquid.
That’s where in the past the smithy came in.

While the horse or horses were shod and possibly wagon wheels repaired and received new iron rims, driver and passengers could rest and relax in the inn next door.

Just look at these local images of smithy and inn combinations.

In South Benfleet we had, and have, three pubs close by St. Mary’s church dealing with the more earthly kind of spirit.

In 1691 James Purkiss was the blacksmith. The smithy was owned by the parish to help pay for looking after the poor.

In South Benfleet in 1690, when John Evans was vicar, James Purckes (Purkiss) made an agreement with the parish, to pay ‘…for the Smith’s shop belonging to the poor annually one pound and keep it in good repair’.    That rent was mentioned again in 1700.

The earliest record was in 1684, when John Carter was blacksmith and promised to ‘pay yearly and every Yeare during his occupying ye said Shopp the Sume of Twentie Shillings of lawful Money of England unto ye Overseer of ye Poore…’

Jonathan Clarke of South Benfleet, victualler, was indicted at Essex Quarter Sessions in January 1690, because with others he ‘took and carried away two bells worth £60, belonging to the parishioners of Hadleigh in the custody of the churchwardens’.

The weight of the bells totalled about 12 cwt. (610 Kilos.)
Accomplices Thomas Joce, a blacksmith, and John James, a farmer, both of Hadleigh, were accused of attempting to bribe witnesses to the tune of £5 to deny what they overheard at the ‘Boares Head Inn’ (now the Castle), where seemingly they boasted about their achievements.

Curiously, or maybe surprisingly, in 1691 a Jonathan Clarke together with Tho. Banbury the Benfleet blacksmith, acted as overseers of the poor.

They were re-elected the following year.

In 1908 H. Clark advertised as ‘General Smith, Farrier and Ironmonger, Agricultural and Domestic Machinist’, with merchandise that ranged from roofing felt to shovels.

Between the Hoy public house and the churchyard wall, the smithy survived well into the last century.

Various pictures, recorded in the early days of photography, show the Hoy and Helmet, that had started simply as the Hoy, with a smithy right next door against the churchyard.

All three of South Benfleet’s inns kept horses for the convenience of customers who might have become too wobbly to find their way home on foot.

South Benfleet would receive visits at least once a year from the Dean of Westminster’s representative, who also visited and stayed with the Appletons at Jarvis Hall.

Pilgrims might make their way to and from South Benfleet with a lift across the river on route to Canterbury.
And, of course, there was the odd visit up what was to become School Lane and over and down to an island where another Inn welcomed customers at the very water’s edge, the World’s End, now the Lobster Smack.

All three pubs had their stables when the horse was the main conveyor of transport, the Hoy at its western side.
The Crown had a separate building where now the High Road curves and has been widened, while the Anchor, then the Blue Anchor, had its stables at the back, where once was a courtyard when the inn still faced north, towards incoming traffic.

That traffic had to pass physically through a passage way in the building.

The Blue Anchor had started out, probably as a replacement after the fiery upheavals of the Peasants’ Revolt, as a fine, craftsman-built court house, likely under the Dean of Westminster Abbey’s supervision, when the previous building, or possibly the farm house had been burnt down in order to remove the written bonds of servitude.

When the road at what is now the front of the Anchor was opened for pipe laying, a skeleton was found, sans hands or feet, seemingly the remains of a criminal interred there without the benefit of a Christian burial – and without his extremities, so he could never escape? – as was the custom in those days.

Numerous pictures exist to prove the smithy by the White Hart in Thundersley.

On an early image something remarkably like a possible former smithy is an outbuilding at the Woodman in the Rayleigh Road, though I have no proof of its actuality.

The same is true for an early image of the Crown in South Benfleet, now the Half Crown, though such suggestions can only be speculation.

The Castle Inn in Hadleigh is known to have had a smithy almost opposite on what used to be the original London Road.
That would be the smithy remembered as the site for the production of James ‘Cunning’ Murrell’s famous witch bottles when blacksmith Choppen stated that his work would not be advancing until James Murrell commanded the flames.

Also in Hadleigh in more recent times worked blacksmith Bird, who – after repairing the weather vane for the spire of St James the Less church – could not find a steeple jack and was forced to climb up there and replace his fine work in person.

Another well-recorded combination of pub and smithy is the Five Bells Inn, Vange, while in an early picture the Gun Inn, Pitsea, also features a building that might have once been a forge?