The Rise and Fall of the Kingsway Compton 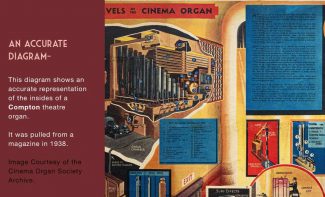 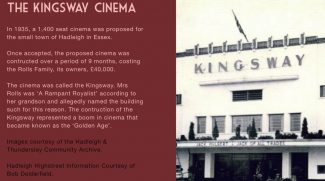 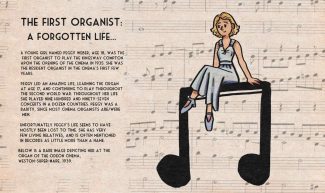 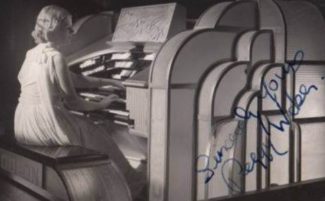 Sarah Judd (Art & Design graduate from Camberwell School of Art) completed her magnificent work about the Kingsway Compton cinema organ which was installed in the Kingsway cinema, Hadleigh.
By March 2021, Sarah had created an exciting virtual museum  with a delicious, structured melange of pictures, videos and insightful text which together give a rounded rendering of this key historic element of Hadleigh in Essex.
The Cinema Organ was originally designed to accompany silent films; they were so effective that their use continued even after the talkies started. They were played for stage shows and during the intermissions, producing an amazing variety of special effects as well as creating the effect of an entire orchestra.
Our local story starts in 1935 with Compton serial number A337 being sent from the Compton factory to the Kingsway Cinema in Hadleigh.  This 1,400 seat cinema was built for the Rolls family for £40,000.  Mrs Rolls was the “Rampant Royalist” who accordingly included Kingsway in the names of both the cinema and a nearby parade of shops also built by the family.

The golden age of cinema was complemented by golden exponents of the art of cinema organ playing, such as Peggy Weber;  just 18 when she played the Kingsway Compton at the opening in 1935.  Sarah found this rare picture of Peggy playing at the Odeon, Weston-Super-Mare in 1939.

We recommend you follow this link to ‘Pipes in Pieces’ to see the virtual museum for yourself.

In some ways, the Kingsway Cinema reflected that era’s vigorous spirit of private enterprise  deployed for the benefit of the local people. Even before a purpose-built cinema arrived; a Public Hall had been built in 1912 by Mr. F. Malthouse in The Broadway (now London Road). It was Hadleigh’s first general social meeting place and over the years was used for a variety of purposes, including dancing, roller skating and as a cinema.