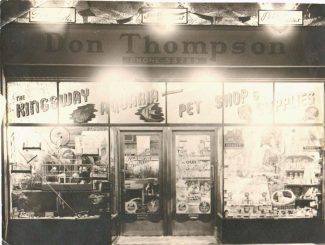 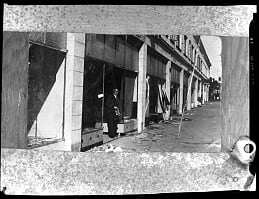 Thomson’s is one of the few old Hadleigh shops we have a good picture of thanks to Don Thompson.

The shop was part of the terrace of 11 units built in the late 1920s after the bypass was made. (Number 1 Kingsway Parade was nearest the church and 11 nearest to the Crown Inn). In 1937 half of the unit was used by Frederick Hewitt, a furniture dealer, and half by Edgar Reginald Brill, a fried fish dealer.

The official shop address is now 202 London Road and the same shop unit is now used by Ladbrookes.