The Hadleigh Road with Four Names

A tale of farming, poverty and religion

The ancient track from Hadleigh Common to Sayers Farm has had three known regular names. Originally the purpose of the road was access to and from Sayers Farm. Unsurprisingly, in ancient time it was known as  SAYERS LANE. It is also quite likely that it was also an alternative access to the Thames for villagers, both honest and more disreputable. The other route being Castle Lane. One must remember that smuggling was once a popular activity in the locality. 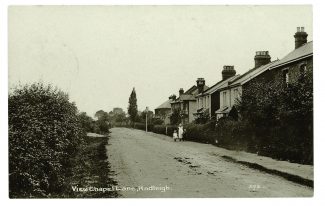 Despite the fact that the farm has continued to exist, the name changed to WORKHOUSE LANE probably at some point in the early 19th century. It appears named as such on the Ordnance Survey map of 1876, forty two years after it was no longer a workhouse. The building date for the old workhouse is not known but each parish until 1834 had to provide for its own poor. 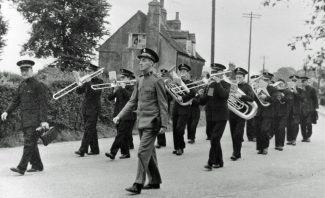 Two pictures of the Hadleigh Workhouse exist both taken in the first half of the 20th century. It was pulled down in the very early 1960s. The two pictures show an ancient building comprising two cottages. It is leaning, thatched and clearly of considerable age with a mansard roof. A good old friend of mine, the late Percy Snow senior, told me he was born in one of the cottages in 1884 and each cottage consisted of one up and one down with a vertical ladder for access to the upper floor, in other words a very basic accommodation. When it was demolished in the 1960s it could have been at least two hundred years old. Unfortunately, no evidence has come to light to give us a closer guide to its age. 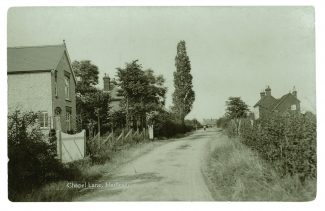 The workhouse building does not appear on the 1777 Chapman and André map of Essex. This is not surprising, because even if it was there in 1777 it may well have been too insignificant to be recorded. The C & A map does not include every building. It is, however, surprising that the building does not appear on the Surveyor`s plans made between 1795 and 1798 for the first OS map. It may be that it was built soon after the survey or it was missed.

When the workhouse fell out of use with the introduction of Rochford Union Workhouse after 1834 it was sold by the parish council to a private buyer and from then on it became a pair of cottages for a variety of labourers and their families. Its destruction in the 1960s went alongside many other similar clearances of some of the oldest and most interesting properties in Hadleigh.

The earliest Wesleyan Methodists in Hadleigh met in a cottage in the High Street. I was told in the 1970s, although I cannot prove it, that the first Methodist meeting cottage was one of the pair of weather-boarded cottages that stand in front of the Hadleigh Roman Catholic Church. The numbers grew and in 1865  a Wesleyan Methodist Chapel was built in Workhouse Lane almost opposite the ex-workhouse. 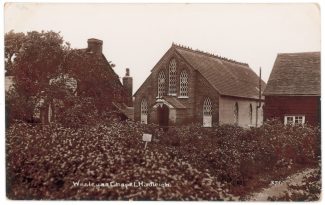 The Ordnance Survey map of 1898 shows the road name as “CHAPEL ROAD” which is repeated in the 1923 map but by the 1938 OS map it is called “CHAPEL LANE” which remains today. Hence my somewhat dubious claim for the road with four names!

A new Methodist Church was built at the eastern corner of the junction with the A 13 and is thriving today. The old chapel fell into disuse and housed a number of business owners until it was pulled down a few years ago. 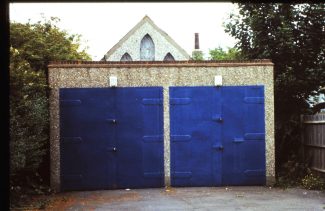 When I lived in Chapel Lane between 1968 and 1978 it was a warehouse with brightly painted blue doors and belonged, I believe, to a Mr Cohen. 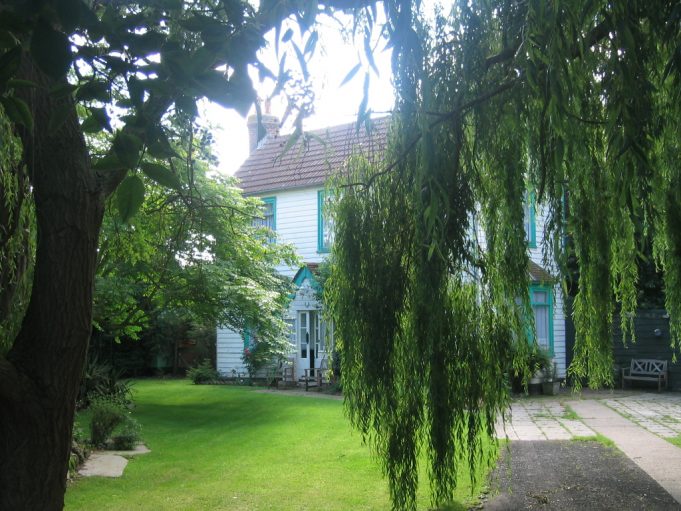 I would be delighted to read comments from anyone who once lived in the “workhouse” in the 1950s or earlier or who visited it on some occasion.