The Results from the Daws Heath Dig 2014 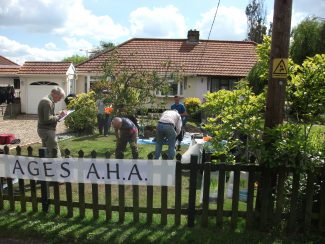 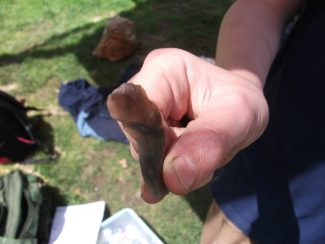 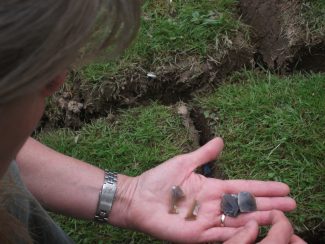 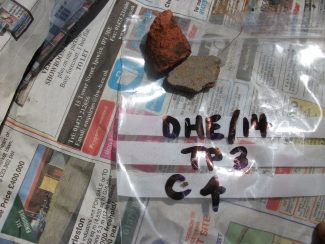 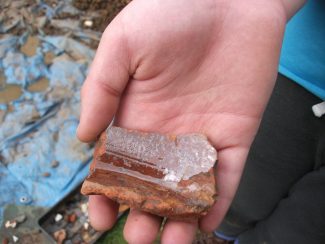 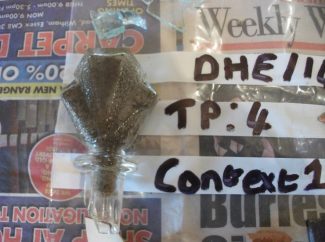 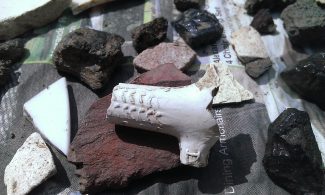 WHO TOOK PART AND WHAT DID THEY DO?

40 students from 5 different Southend schools dug 10 one metre square test pits in gardens and AGES AHA, as a local community archaeology group, another. The dig was directed by Dr Carenza Lewis of Access Cambridge Archaeology as part of their Higher Education Field Academy which has been surveying over 50 East Anglian parishes in this manner over the last 10 years.

WHAT WAS FOUND THIS YEAR?

That’s what is always asked. Well, over 300 sherds (pieces) of pottery, some about 900 to 1,000 years old, and more prehistoric flint as well as some more modern curiosities.

Generally, it has been confirmed that below the levels in which manmade objects can be found, the underlying natural soil undisturbed by man can be found at about 500mm below the current ground levels with sandy clay to the north of Daws Heath Road and heavy orange and brown clay to the south.

There was further evidence found of prehistoric activity (up to about 6,000 years ago) in western Daws Heath, especially around the valley which runs across Daws Heath Road between The Deanes School and Little Havens.

4 sherds of early medieval pottery (AD1100-1250) were also found in test pits near the same valley (the oldest found in 2 years of the Daws Heath project). These seem to confirm the presence of an early medieval farmstead in that part of Daws Heath.

7 pieces of 1550-1900 Glazed Red Earthenware came from pits across the area, indicating a scattering of post medieval farmsteads throughout Daws Heath.

1 piece of 1750-1900 Chinese Porcelain was found and, overall across all the pits, 301 sherds of Victorian pottery, confirming the very significant expansion of occupation in Daws Heath after about 1800.

Among the modern artefacts found, a 20th century art deco decanter stopper and a glass pipette or dropper were mentioned on BBC Radio Essex. There was also a piece of decorated clay pipe, a clay bead and, offering a little glimpse into our Victorian past, a slate pencil (of a type used up until about 1960). If you don’t know what a slate pencil is, ask your parents or grandparents.

One unlucky team were less successful in their pit when they found a modern plastic soakaway drain passing through the middle of it.

Well, if there is enough demand from the people of Hadleigh to ask for a pit in their gardens to find out about the development of their town, it is likely that in 2015, it will be the first year of the “Hadleigh Dig”.

Can we together confirm the extent of Saxon Hadleigh and how the medieval village developed?

If you are interested in allowing a 2 day dig in your Hadleigh garden, probably in the first week of June 2015, please contact the Archive on hadleighhistory@gmail.co.uk  and get your name down early for one of the dozen or so pits to be included in the Hadleigh Dig.