Thundersley Hill Climbs in the 1920s

Do not try this at home! 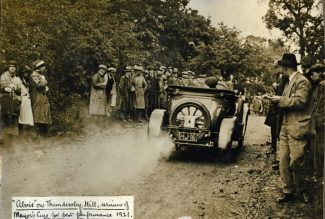 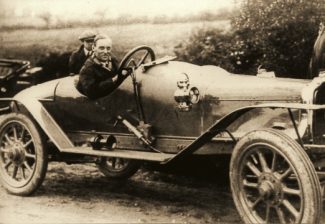 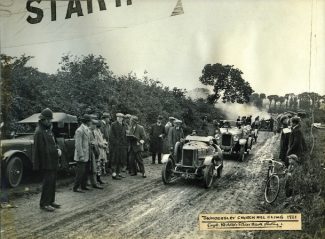 zoom
Captain Keddie's Silver Hawk at the start. One contestant is in trouble.
Historic, risky and now banned hill climbs

The narrow and winding Church Road from New Thundersley past St Peter’s Church was the unlikely venue attracting Malcolm Campbell and many others in 1920-21 for Hill Climbs.

We can see the state of the road then and, even today, Church Road can be a trial for beginners and in wintry conditions not for the fainthearted.

At that time, the roughly parallel London to Southend A127 Arterial Road was being built from concrete and tarmac, the longest purpose-built road to be constructed in Britain since Roman times.

In the Rev. Maley’s words:
‘…round the steep right angled bend, on the edge of what might have been a precipice, Sir Malcolm Campbell flew the Blue Bird at one hundred and five miles an hour, with two wheels off the ground.’

The ‘Bluebird’ racing tradition was continued by his son Donald who was born in 1921.

For more detail on this fascinating period in Thundersley’s development, we heartily recommend Robert Hallmann’s classic volume, “Thundersley and Daws Heath: A History.”

A few volumes are still available as a beautifully bound Hardback of 200+ pages and 300+ illustrations.

See the page of the book!