A Royal Wedding in Hadleigh

The son of Henry IV marries at Hadleigh church 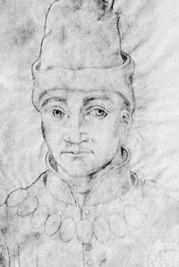 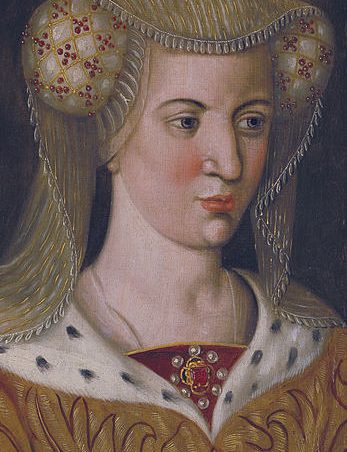 A royal wedding took place in Hadleigh church about 1422, between Humphrey of Lancaster and Jacqueline of Wittelsbach.

Humphrey, born on 3rd October 1390, was the fourth and youngest son of King Henry IV. Jacqueline, born on 16th August 1401, was the only daughter and heiress of William IV, Duke of Bavaria and Count of Holland, Zeeland and Hainault. Humphrey was made a Knight of the Garter in 1399, and created Duke of Gloucester by his brother, King Henry V, in 1414. He fought, and was wounded, at the Battle of Agincourt in 1415. Upon the death of his brother, Henry V, in 1422, Humphrey became Lord Protector to his young nephew King Henry VI. At the time of the marriage, Humphrey was custodian of Hadleigh Castle.

Humphrey was Jacqueline’s third husband. She had previously been married to John, Dauphin of France, and John IV, Duke of Brabant. On the death of her father in 1417, she became Duchess of Bavaria and Countess of Holland, Zeeland and Hainault. Jacqueline married Humphrey in secret at Hadleigh, without waiting for the annulment by the Pope of her second marriage.

In 1424, Jacqueline gave birth to a stillborn child. Humphrey married Jacqueline for her titles and lands and, when his claim was contested, lost interest. The marriage was annulled on 9th July 1428 by Papal Decree. They both remarried ~ Humphrey to his mistress Eleanor Cobham and Jacqueline to Francis, Lord of Borselen. Humphrey died, possibly murdered, on 23rd February 1447. Jacqueline died in 1436.

Famous wedding in St James the Less, all churches were Catholic at the time