Four of the Best 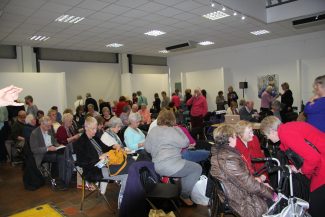 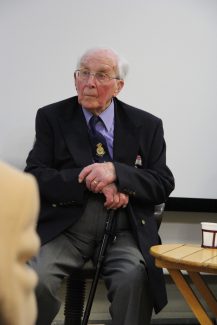 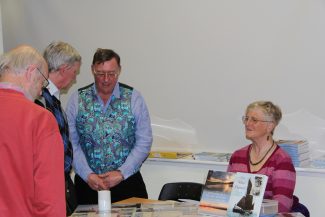 zoom
Nick Ardley talking with visitors at the fair. 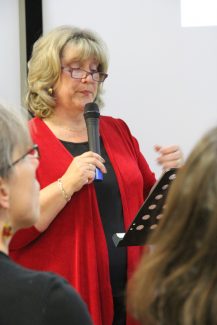 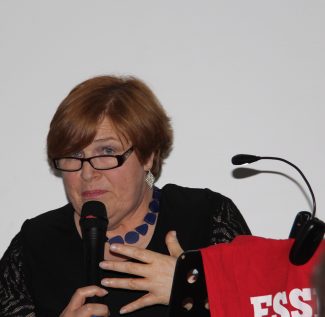 The Hadleigh & Thundersley Community Archive Group were delighted to host the above event at the Hadleigh Old Fire Station.  We presented an afternoon of local history by four local writers. During the month of March 2014 over 60 events took place at various venues across the county. This was the festival’s fourteenth year; and the last three years were run as an independent organization managed by volunteer trustees. For this event, we explored the banks of the Thames estuary with Nick Ardley, uncovered the history of Hadleigh through Robert Nichols personal postcard collection, heard stories from the children of Hadleigh’s Victorian School with Chris Worpole and delighted in the charismatic  men of Essex’s history with Karen Bowman.

ROBERT NICHOLS was born in Hadleigh in 1921 where he spent his childhood. He attended Hadleigh School in Church Road before going on to Southend Technical College, a journey he cycled each day. He studied engineering. He volunteered for the RAF in 1940, service which took him to Burma and India where he recovered and rebuilt RAF aircraft. He then went on to work for Hawker Aircraft in West London before returning to Southend and the airport, working for Freddie Laker. He started collecting postcards in the 1960s with encouragement from his daughter and influenced by Lyn Tait, from whom he bought postcards. He built up his collection over the years buying individual postcards and attending postcard fairs. Back in Hadleigh, he lives in retirement and is still busy looking out for new postcards for his collection. Link to his book, Hadleigh Postcard Memories; here.

NICK ARDLEY  was brought up on a Thames spritsail barge. The barge and his early life were told about in his first book, The May Flower A Barging Childhood. He spent 30 thirty years as a ship’s engineering officer and has maintained a life-long love for the sea and sailing, wandering the Thames estuary between North Kent and Snape in Suffolk. Wending his way, he studies the land’s often soft edges, looking at wasted marshes, silted creeks and abundant wildlife. He muses upon old industries, lost barge quays, the rotting hulks of traders.

KAREN BOWMAN An adoptive Essex Girl herself, it seemed only right that Karen’s book Essex Girls was written to highlight the charismatic, brave and largely undiscovered women this county has produced throughout history. ‘Essex Boys’ has followed. This time it is the Warriors, Princes, Lovers and Rogues, who have shaped our landscape, made something from nothing, found courage against the greatest odds, whether a press-ganged sailor or the companion of Kings.  Passionate about history Karen is currently writing her third book due to be published later in 2014.

CHRIS WORPOLE studied history and education at the University of London, Goldsmiths College, after which she worked as a junior school teacher for twenty-six years in London and Essex. Taking early retirement from teaching, she was able to devote more time to her love of history, which she had developed since a child. After researching her family tree for many years, she was part of the group of local people who set up the Hadleigh and Thundersley Community Archive. Having lived in Hadleigh all her life, she became particularly interested in what the village was like in Victorian times, and is currently writing a book about the ordinary people who lived in the village in the 19th century, such as the agricultural labourers. Link to her book, Tales out of School, click here.