Hadleigh after the 1987 Hurricane

On the night of 15th October 1987, Michael Fish, BBC weatherman,  had quashed rumours that a hurricane was on the way: “Don’t worry, there isn’t”, he told the nation. Just a few hours later, the storm changed direction and much of the country was hit by the rare 100mph winds.

Hadleigh did not escape the damage. After the storm had passed, Peter Hammerton went out with his camera and, fortunately for us, took some photos to keep in his scrapbook. Peter sadly passed away in recent years but the contents of his scrapbook have been scanned by the Archive. This article can be seen as a tribute to his personal desire to record local history. 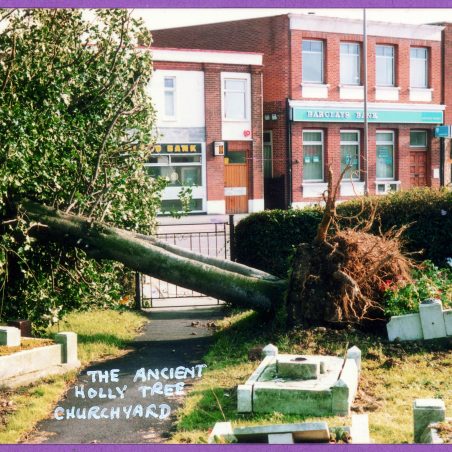 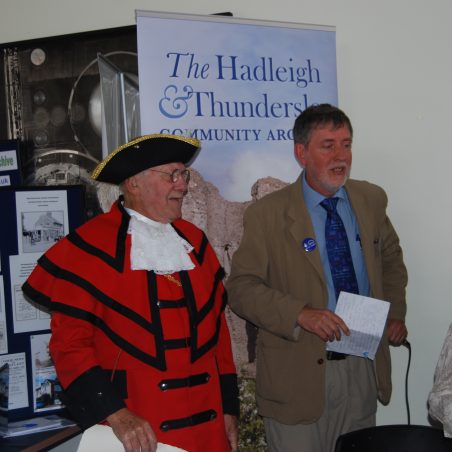 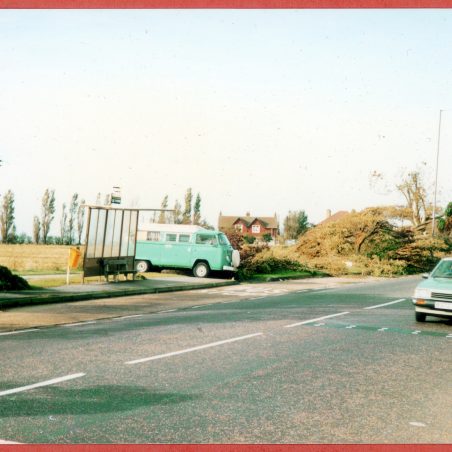 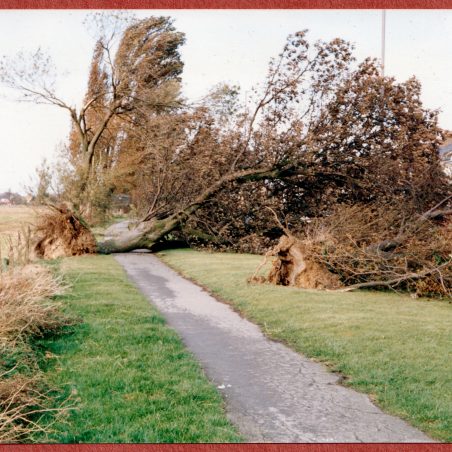 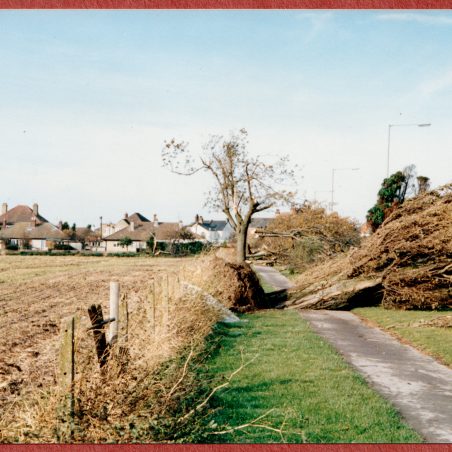 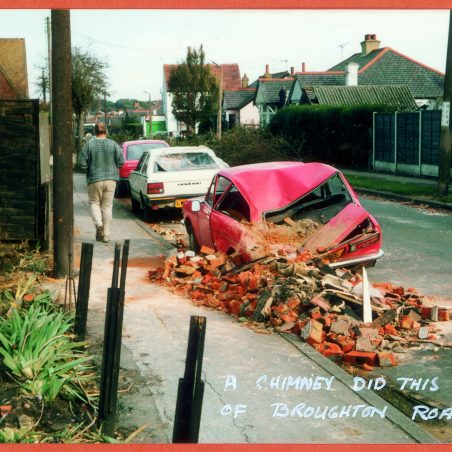 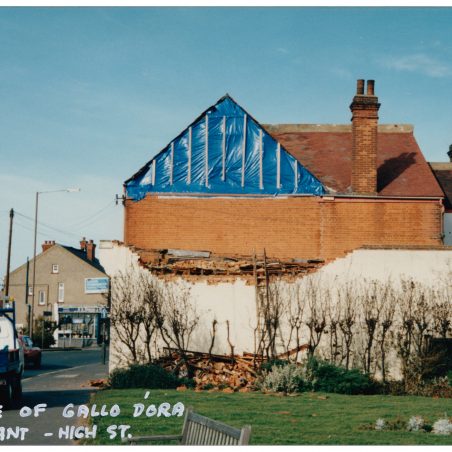